The Divine Spiration of Scripture by A. T. B. McGowan (Book Review: Part 1) 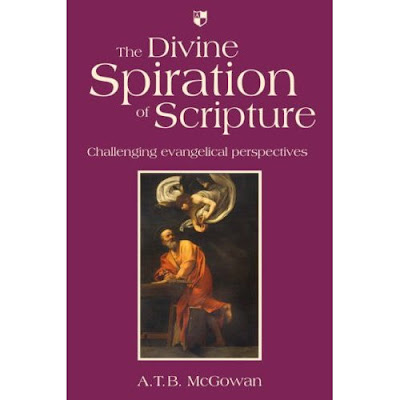 Wow thank you for the review.. talk about timely, a friend is preseting a paper tomorrow on this very situation to which I have to give response, and is hosting a week long visit here of the Dr. in August.
Thanks for the review and I appreciate the discernment.
Frankly the guy sounds OK with a few interesting factors.
Steve

Yes thanks for the reviews - look forward to seeing the next instalments. I am in the process of writing my own. See my comments on Michael Bird's Euangelion blog at http://euangelizomai.blogspot.com/2007/07/forthcoming-book-on-scripture.html

I am also organising a visit by the good doctor, to Down Under Down Under (Tassie).

Thanks for the comments. Steve, look out for Part 2, where I'll be discussing McGowan's controversial proposals on inerrancy.