The cost of living (Jesus' Way) 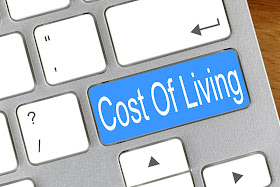 Here’s where I embarrass myself by writing an article on what the government needs to do to fix the cost of living crisis. Basically, they have to make sure that stuff is cheaper, and that people have enough money to pay for the stuff they need. I think that just about covers it. Agreed?

Whether Liz Truss or Rishi Sunack wins the Conservative leadership election, their success as Prime Minister will rest on coming up with  policies that address the cost of living crisis. Especially when it comes to fuel and food. It can’t be right that some people in our society will have to choose between heating and eating come the chilly winter months.

Jesus spoke about the cost of living too. According to the economics of the kingdom of God the gift of eternal life can’t be bought, but it will cost you everything. It can’t be bought because salvation is by God’s free grace, not our efforts. That’s why he sent Jesus to die for our sins so that all who believe in him may be forgiven and have the hope of glory to come.

While grace is free, it is not cheap. People may quite like the idea of eternal life, but strictly on their own terms. Well, no. Jesus wants disciples who will follow him, not consumers who just want what he has to give. The Lord Jesus challenged his would-be followers, “Whoever does not bear his own cross and come after me cannot be my disciple.” He urged people to count the cost of discipleship saying, “any one of you who does not renounce all that he has cannot be my disciple.” If we would truly live, we must die to self and follow Jesus. That’s the cost of living his way.

*For the July edition of local parish magazines.