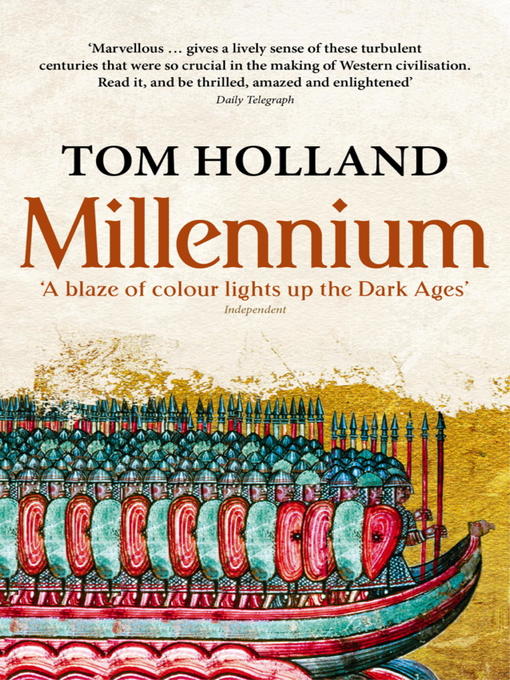 We're off to the Algarve tomorrow. Like the PM we're flying by EasyJet, but probably unlike him it's hand luggage only for us. Surprising how much you can fit into a small wheelie suitcase. But not that much. However, one must make room for essentials such as smellies, clothes and of course, books. Yep, I've got an Android Tablet with a Kindle app, but, sadly it isn't solar powered and the battery only lasts for around 2-3 hours before needing a recharge. Not much use for a four hour flight, or a day spent lazily reading on the beach. Nothing for it other than to take a couple of those papery, printy things called books. A bit primitive, I suppose, but there we are. The Tablet's coming too, mind you. Good for evening reading at the apartment, within reach of an electric socket.

Which books to take, then? In a previous post I mentioned Tom Holland's Millennium. In addition, Evangelical Times kindly sent me a review copy of The Life of Martyn Lloyd-Jones 1899-1981, by Iain H. Murray. Now, being a proper Lloyd-Jones aficionado I've read Murray's two volume biog of the good Doctor. But let's face it, with Vol 1 a 394pp sizeable hardback and Vol 2 a hefty 831 pager, they are hardly EasyJet hand luggage fodder. Together they might even take up the whole of my bag weight allowance. I mean, I read Vol 2 during the summer of 1991 when it was first published and managed to break a deckchair. Seriously. Sitting by a swimming pool reading, The Fight of Faith, the stripy canvas split and I ended up in an undignified tangle on the floor. Not good. Murray's 476pp paperback abridgement seems just the thing, then. Apparently it's got some new material in it too, as well as leaving quite a bit of stuff out.

Kindle-wise I'm hoping to make some more progress on The Idiot by Fyodor Dostoevsky.

That's me done with blogging for a bit, then. See ya!
Posted by Guy Davies at 8:00 am No comments: Links to this post

A Tale of the Unexpected 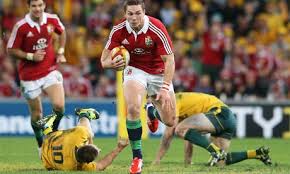 The unexpected sometimes happens. Who would have thought that Andy Murray would finally win Wimbledon, the first British male to do so since Fred Perry, some seventy seven years ago? Who would have thought that sixteen years after the last victorious tour, the British and Irish Lions would triumph in Australia? Admittedly, with ten Welshmen in the starting line up, the series clinching 16-41 win wasn’t too hard to predict. But still, it goes to show that strange stuff happens. And what about Chris Frome winning the Tour de France in the wake of Bradley Wiggins' 2012 victory?

Perhaps the strangest thing of all is how a small band of followers of a travelling preacher from Nazareth came to have such a powerful impact on the world. It’s not as if they had a message that the masses were longing to hear. What they said concerning the death and resurrection of Jesus provoked widespread ridicule and hostility. Yet nothing could stop them proclaiming that Jesus was the world’s true Lord and King.
Jesus preached a message that was so out of the ordinary it left people reeling. He called not the righteous, but sinners to follow him. He pronounced blessing not on the high and mighty, but on the poor in spirit and promised that the meek will inherit the earth.

Yet perhaps the most surprising thing about Jesus is that what may seem like the moment of his utter defeat was in fact his greatest triumph. The would-be Messiah was crucified, dying the death of a common criminal. But this was no terrible accident. It was the victory of love. Jesus willingly died in our place so that those who believe in him may be forgiven and be put right with God. He was raised from the dead that we may have the hope of everlasting life.

That is the ultimate ‘tale of the unexpected’.

* From my article in the White Horse News
Posted by Guy Davies at 8:00 am No comments: Links to this post

Persian Fire: The First World Empire and the Battle for the West,
by Tom Holland, Abacus, 2005, 418pp.

And for my next trick I shall attempt to review a book that I finished reading in the summer of 2011. Why bother now? Well, since reading Tom Holland's Rubicon a few years ago it's been my habit to have one of his historical blockbusters on my summer hols reading list. I plan to take his Millennium with me when we head for the Portugal next week. Thinking about Millennium jolted my memory that I'd not posted a review of Persian Fire on the blog. A bit of an omission really, because I so enjoyed reading it.

I first became fascinated with the classical period in school, where I did a Classical Studies O Level. Mr. Hamlet's lessons were probably the only ones to which I especially looked forward. He was a brilliant teacher, bringing Homer's Iliad and Odyssey to life. Mr. Hamlet wielded his board ruler as if it were Achilles' spear. He could throw his board rubber with pinpoint accuracy at any pupil who failed to give him their full attention, leaving a wide chalky stripe on their blazer.  I was something of a schoolboy socialist and proudly sported a non-regulation CND badge on the lapel of my blazer. Mr. Hamlet was the only teacher who praised rather than scolded me for wearing it.

Anyway, in Persian Fire Tom Holland, narrative historian par excellence gives an immersive account of the Persian invasion of Greece, led by the mighty Xerxes. With high frame rate clarity the author charts the build up of the invasion. He tells the story of the rise of successive middle eastern empires; Assyrian, Babylonian and Medio-Persian. We're introduced to a cast of ambitious, ruthless and bloodthirsty empire builders, including Cyrus, Darius, Nebuchadnezzar and, of course, Xerxes himself.

Meanwhile, Holland takes us back to ancient Greece and the Millibandian sibling rivalry that existed between Sparta and Athens. The historian recounts renowned battles between Greek and Persian forces; the Athenian hoplites crushing their opponents at Marathon, the Spartan Immortals heroically holding the pass at Thermopylae, and the eventual defeat of the Persian invasion force at Eurymedon. All told with gripping, cinematic detail.

All this is interesting enough in itself, but the period also forms the backdrop to Old Testament history. Holland occasionally gives a nod to the Scriptures, referencing Isaiah's prediction that Cyrus would give the Jews permission to return to Jerusalem and rebuild the Temple after the Babylonian captivity, Isaiah 45:1-3, cf. Ezra 1:1-4.  Daniel, who served in the court of Nebuchadnezzar spoke of the coming of a kingdom that would never be destroyed, Daniel 2:44. The once mighty empires of old now lie in ruins, yet the kingdom of God still endures. It's only weapon is not a hoplite's spear or a revolutionary's Kalashnikov, but the 'sword of the Spirit', which is the word of God. The truth spoken in love. David Bentley Hart has deonstrated how the 'Christian Revolution' transformed the moral and spiritual values of the ancient world in his Atheist Delusions: The Christian Revolution and Its Fashionable Enemies, which I read alongside Persian Fire. Reflecting on the latter title brings to mind the words of David Charles' (1762-1834) great hymn, translated from the Welsh by Edmund Tudor Owen,

Great providence of heaven--
What wonders shine
In its profound display
Of God's design:
It guards the dust of earth,
Commands the hosts above,
Fulfils the mighty plan
Of his great love
The kingdoms of this world
Lie in its hand;
See how they rise or fall
At its command
Through sorrow and distress,
Tempestuous storms that rage,
God's kingdom yet endures
From age to age
Posted by Guy Davies at 10:55 am No comments: Links to this post 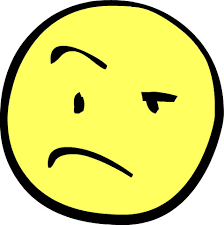 There have always been cynics who habitually try and see the worst in other people. They are quick to pour scorn on new ideas and fresh initiatives. ‘What’s the point?’ they say, ‘Nothing good will ever come of it.’ Jesus himself encountered his fair share of cynics. Some doubted his motives, others dismissed him as a mad man.
There was a character by the name of Nathanael. Philip, one of Jesus’ enthusiastic new followers told him that they had found the longed-for Messiah. It was Jesus from Nazareth. Jerusalem sophisticates like Nathanael despised lowly Nazareth. When he heard the claim that the Messiah was from that town, Nathanael responded, “What, can anything good come out of Nazareth?”
Spoken like a card carrying cynic. Philip’s response to this brush-off was classic. He simply said, “Come and see.” Nathanael came and saw Jesus and was never the same again. The old cynic was converted, saying of Jesus, “You are the Son of God! You are the King of Israel.”
Now, you may have dismissed talk of the Christian faith with a weary shrug of the shoulders. “Can anything good come of that?” Get along to gospel preaching church and see for yourself. You will meet people whose lives have been transformed by knowing Jesus as their Lord and Saviour.

* From my piece for the July/August edition of News & Views, West Lavington's Parish Magazine
Posted by Guy Davies at 8:10 pm No comments: Links to this post

I may have mentioned before that I'm a school governor. And what does every governing body need? A blog, obviously.

Posted by Guy Davies at 8:23 am No comments: Links to this post

Email ThisBlogThis!Share to TwitterShare to FacebookShare to Pinterest
Labels: Governance

So, what's a Baptist, then mister?

Had a lovely time this afternoon, speaking to a Primary School class on the differences between  Baptists and the Church of England. I started off by contrasting the leadership structure of the CofE with our own. Their 'Supreme Governor' is the Queen and they have Archbishops, Bishops, Priests and Deacons, etc., while we simply have elders, one of whom is the pastor, and deacons. I told them that the Prime Minister appoints the Archbishop of Canterbury and other senior clergy, while in Baptist churches, church members elect their own leaders. We discussed the difference between Christening and believer's baptism, why I don't wear clerical garb, the Baptist approach to the Lord's Supper, and how our church buildings reflect our differing emphases.

Then came questions from the floor. The children asked: How old Jesus was when he was baptised? If Jesus was at God's right hand, who was at his left? How many people I had baptised? How old do you have to be before being baptised? How old was I when I was baptised? Had I been to any other Baptist Churches? What religion was Jesus? Do we eat food other than bread and wine at the Lord's Table? Those and many more questions kept me on my toes.

The class kindly gave me a round of applause at the end and I clapped them back for all their brilliant questions.
Posted by Guy Davies at 4:37 pm 4 comments: Links to this post