Herman Bavinck on Regeneration in Christ 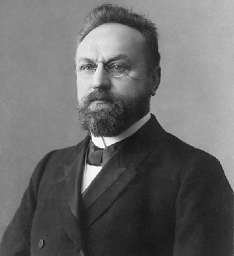 I recently finished reading Herman Bavinck's Reformed Dogmatics, Volume 3: Sin and Salvation in Christ. His treatment of Christ's person and work is biblically insightful, theologically orthodox and spiritually enriching. Bavinck places his discussion of christology (the doctrine of Christ) and soteriology (the doctrine of salvation) in the context of the covenants of redemption and grace (see here). He constantly draws attention to the trinitarian dimensions of God's saving grace. "All the benefits of salvation that the Father has awarded to the church from eternity and the Son acquired in time are at the same time gifts of the Holy Spirit." (p. 593).

Towards the end of the final chapter of Volume 3, entitled The Order of Salvation, Bavinck touches on the relationship between regeneration and union with Christ (p. 591f). There is sometimes a lack of clarity on this issue in Reformed Theology. Some argue that the Spirit's work of regeneration, or at least effectual calling, of which regeneration is a component, is what unites us savingly to Christ. John Murray argues for that view in his Redemption Accomplished and Applied, p. 165. Robert Reymond hardly says a word about regeneration and union with Christ in his New Systematic Theology of the Christian Faith, p. 708-710. He concentrates almost solely on the proper ordering of regeneration and faith in the process of salvation. With more insight, others insist that regeneration is the work of God by which sinners are made alive in Christ by the power of the Holy Spirit. Consider the words of Sinclair Ferguson

"Every facet of the application of Christ's work ought to be related to the way in which the Spirit unites us to Christ himself, and viewed directly as issuing from personal fellowship with him. The dominant motif and architectonic principle of the order of salvation should therefore be union with Christ in the Spirit." (Sinclair B. Ferguson, The Holy Spirit, Contours of Christian Theology, IVP, 1996, p. 100).

In his discussion of the subject Bavinck makes careful distinctions between salvation decreed, salvation accomplished and salvation applied. For that reason he disagrees with the notion of 'eternal justification' (p. 591). Nevertheless, he is at pains to insist that all the benefits of salvation are have their foundation in the eternal counsel of God (p. 590). "Hence already in eternity an imputation of Christ to his own and of the church to Christ took place. Between them an exchange occurred  and a mystical union was formed that underlies their realization in history, indeed produces and leads to them"(p. 590).

This governing thought enables Bavinck to stress that all the blessings of the covenant of grace, granted to the church by God in eternity are bestowed by Christ, on the basis of his redeeming work. He asks, "How else could we receive the Holy Spirit, the grace of regeneration, and the gift of faith, all of which were acquired by Christ and are his possession?" Then the dogmatician says, "It is not therefore the case that we first repent or are reborn by the Holy Spirit and receive faith without Christ, in order to go to with them to Christ, to accept his righteousness, and thus are justified by Christ. But just as all the benefits of grace come to us from the good pleasure of the Father, so they now proceed from the fullness of Christ (p. 590)."

Regeneration, then proceeds from Christ, who unites his people to himself and gives them new life by his Spirit. This is not to say that the child of God is eternally regenerate any more than he is eternally justified. Bavinck acknowledges this, saying, "Yet just as earlier we made a distinction between the decree and its fulfilment, so here we must make a distinction between the acquisition and the application of salvation (p. 591). "The application of salvation by Christ is effected in this world of time as the Saviour gives life to those who were formerly dead in sin by his regenerating power.

This emphasis on regeneration in Christ is also found in the Irish Articles (1615), the principal author of which was James Ussher. Article 33 reads,

All God's elect are in their time inseparably united unto Christ by the effectual and vital influence of the Holy Ghost, derived from him as from the head unto every true member of his mystical body. And being thus made one with Christ, they are truly regenerated and made partakers of him and all his benefits.

In his series on Great Doctrines of the Bible, Volume 2, D. M. Lloyd-Jones has a chapter on A Child of God and in Christ. Arguing from Ephesians 1:3 and John 1:16 he reasons that,

Reformed theology at its best has insisted in the words of the apostle Paul that in regeneration God "made us alive together with Christ" (Ephesians 2:5) by the power of the Holy Spirit. "Blessed be the God and Father of our Lord Jesus Christ! According to his great mercy, he has caused us to be born again to a living hope through the resurrection of Jesus Christ from the dead (1 Peter 1:3).
Posted by Guy Davies at 3:56 pm

Bavinck may discuss the issue you raise in Vol 4, but I haven't read that yet.