Equality in humility: some thoughts on the Son's submission to the Father 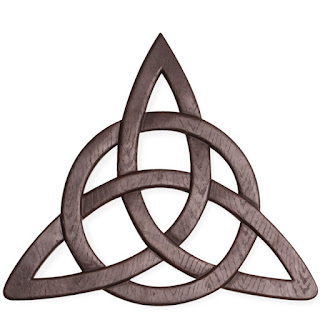 I have no intention of weighing in on the 'Eternal Relations of Submission and Authority' controversy triggered by US-based Brit-Brat Packers Carl Trueman and Liam Golhiger. You can catch up on that by reading Owen Strachan's thoughts here and those of John Stevens here. But familiarising myself with some of the arguments has got me thinking.

I have to say that I prefer 'submission' to 'subordination' when it comes to the Son's relationship to the Father. The latter is expressive of attitude, the former suggests (albeit unintendedly) inferiority of being. There is no order of being in the one God. Concerning his deity the Son is of the same essence as the Father. Concerning his person he is of the Father. The persons are not interchangeable and the economic Trinity truly communicates the ontological Trinity. It was reflective of the order of persons in the Trinity that the Father sent the Son into the world and that the Spirit proceeded from the Father through the Son.

Herman Bavink says as much, having made the point that in the economy of redemption;  'The Father came without being sent, the Son came having been sent by the Father, and the Holy Spirit only came because he was sent by both the Father and the Son.' Bavinck then posits,

Were this not the case, the economic Trinity would fail to communicate and truly reveal the ontological Trinity, thus driving a wedge between 'God in himself' and 'God for us'. Granted that 'God for us' does not reveal 'God in himself' without remainder, the God who is for us in Christ and by the Spirit is the true self-disclosure of the being and persons of the immortal and invisible God.

The fact that there is an order of persons in the Trinity which is reflected in the economy of redemption in no way should be taken to imply superiority on the part of the Father, or the inferiority of the Son and Spirit. This order of relations in no way undermines the co-equality of the Father, Son and Holy Spirit in the divine being, which is wholly possessed by each person.

That said, the Son possessed his equality with God not as something to be grasped at all costs. He was willing to become less than what he was - as man - without ceasing to be what he was - as God. The attitude of the Son towards the Father was that of loving, obedient and humble submission, just as the Holy Spirit submitted to being sent into the world not to display his own glory, but that of the Son. This attitude of humble submission was not an act of self-abnegation for the Son, but self-expression; a true revelation of the heart of God. The divine identity of Jesus was disclosed most clearly as he was lifted up to bear our sins on the Cross, John 8:28, 12:32-33, 17:4. As Robert Leatham reasons,

The point is that when we have to do with Jesus Christ we have to do with God. His presence in the world is identical with the existence of the humiliated, obedient, and lowly man, Jesus of Nazareth. Thus, the humiliation, lowliness, and obedience of Christ are essential in our conception of God." (The Holy Trinity, In Scripture, History, Theology, and Worship, P&R, 2004, p. 397).

Equality and humility are not mutually contradictory in divine or human relationships. The marriage relation described in Ephesians 5:22-33 is one example of this. Loving authority is not tyranny and loving submission is not servility. Philippians 2:5-11 describes the Son's pre-incarnate as well as incarnate attitude of loving humility, obedience and submission to the Father. That mind should also be in us, even when, perhaps especially when we engage in theological controversy with our brothers in the gospel.
Posted by Guy Davies at 9:26 pm

Email ThisBlogThis!Share to TwitterShare to FacebookShare to Pinterest
Labels: Trinity

You may like this article on subordinationism by Donald Macleod http://donaldmacleod.org.uk/dm/subordinationism-out-of-the-blue/
I found it not only helpful in the light of the recent debate, but also inspiring of worship.