More blessings than their father lost 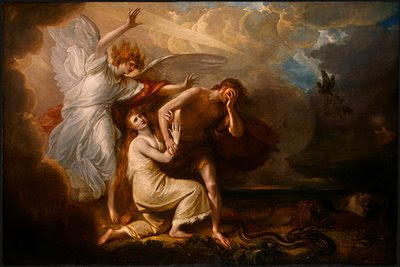 Preparing to preach on Genesis 2:7-17 made me reflect again on how in redemption Jesus gives us far more than we posessed in Adam by original creation. Salvation is not simply a matter of Paradise Regained. In Christ we have Paradise Plus Infinity. Note the "much more" that shatters the symmetry between Adam and Christ in Romans 5:17. Also consider Paul's sustained contrast between first and last Adams 1 Corinthians 15:42-49. The first Adam was made of the dust of the ground. He had a natural or "soulish" body, animated by the breath of God. Due to Adam's sin the body will return to dust in corruption, dishonour and weakness. Then we have Jesus, the last Adam and the Lord from heaven. He became a life giving Spirit at his resurrection. In him believers will raised from the dead with a spiritual body - a body transformed and empowered by the Spirit. This spiritual body is characterised incorruptibility, glory and power. In Christ we will be raised immortal to die no more. Along similar lines, see how the splendour of the new creation as portrayed in Revelation 21 & 22 puts Eden as depicted in Genesis 2 into the shade. The costly obedience of Jesus culminating in his atoning death on the cross won for us far more than Adam possessed before the fall. Herman Bavinck comments,
"Christ was the second Adam. He came not only to bear our punishment for us but also to obtain for us the righteousness and life that Adam had to secure by his obedience. He delivered us from guilt and punishment and placed us at the end of the road Adam had to walk, not at the beginning. He gives us much more than we lost in Adam, not only the forgiveness of sin and release from punishment but also and immediately - in faith - the not-being-able to sin and not-being-able to die." (Reformed Dogmatics Volume 3: Sin and Salvation in Christ, Baker Academic, p. 395).
Where He displays His healing power,
Death and the curse are known no more;
In Him the tribes of Adam boast
More blessings than their father lost.
Isaac Watts, Jesus Shall Reign Where'er the Sun. See here for the whole hymn.
Posted by Guy Davies at 3:50 pm