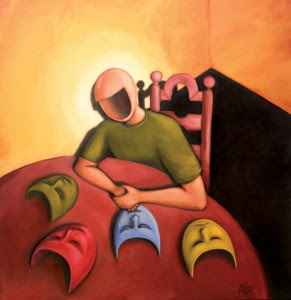 The very idea of what it means to be an Evangelical has been subject to revision and redefinition in the last couple of decades. In 1989 D. W. Bebbington published his seminal Evangelicalism in Modern Britain: a history from the 1730’s to the 1980’s (Unwin Hayman). I read it while studying for the ministry at the London Theological Seminary (1988-90). The historian acknowledged Evangelicalism had its origins in the Reformation and Puritan movements of the sixteenth and seventeenth centuries. But, he argued, Evangelicalism as such was largely a new, distinctly eighteenth century phenomenon, shaped by various spiritual and social factors peculiar to that time. Bebbington proposed four defining characteristics of Evangelical religion,

conversionism, the belief that lives need to be changed; activism, the expression of the gospel in effort; biblicism, a particular regards for the Bible; and what might be called crucicentrsim, a stress on the sacrifice of Christ on the cross. Together they form a quadrilateral of priorities that is the basis of Evangelicalism. (p. 3).

Bebbington’s “quadrilateral” is often taken as a starting point for the discussion of Evangelical identity. But while few would wish to deny that his four characteristics are indeed hallmarks of Evangelical Christianity, they are not fit for purpose when it comes to defining Evangelicalism. Part of the problem is that Bebbington has minimized the extent to which Evangelicalism was indebted to the theological heritage of the Reformation and Puritan periods. Chris Sinksinson attempts to redress the balance,

If we take the Reformation as our starting point then evangelicalism is born out of a theological rediscovery. Of course there is a breadth to the Reformation but the breadth is held together by a shift in the location of authority from church councils and traditions to the Bible. Ultimately, to be evangelical is to be biblical in our approach to the knowledge of God and life.
As a movement stemming from the Reformation, evangelicalism is essentially creedal. Not only that, there are clear doctrinal commitments that make up the creed. (Table Talk, Issue 14. Summer 2005, Published by Affinity)

The trouble is that if we make eighteenth century Evangelicalism definitive for the movement as it developed from that point, then we suffer an instant loss of theological coherence. Eighteenth century Evangelicalism was divided between Calvinists like George Whitefield and Daniel Rowlands and the Arminian Wesley brothers. From the standpoint of Reformation theology, Arminianism was an aberration, condemned at the Synod of Dort in 1618. But, according to Bebbington, if Calvinists and Arminians shared his four-fold identity markers, then both groupings were to be regarded as equally Evangelical.
I am not casting doubt on whether the Wesley brothers and their followers preached the gospel. They most certainly did, at least in a truncated form. But I am arguing that it is a mistake to make eighteenth century Evangelicalism the defining period for the subsequent Evangelical movement. The redefinition of Evangelicalism along such lines is a recipe for theological confusion and anarchy.
Evangelicalism in its best and most consistent form is an expression of the Reformed faith. And it is worth stressing that the Reformers had no wish to reject the theological heritage of the church and start again from scratch. They saw themselves as defenders of the Catholic tradition that had been corrupted by the Roman Catholic Church of their day. The Reformers held to the ancient Trinitarian creeds and the teachings of the church fathers, especially Augustine, with his emphasis on the sovereignty of grace. Of course, they taught that the Holy Spirit speaking in Scripture is the supreme authority, but they were Catholic in outlook, holding to the faith confessed by the church throughout the ages.
Contrary to Bebbington and other recent revisionists, Evangelicalism is not the theologically amorphous product of the Evangelical Revival of eighteenth century. Properly understood and defined, it is biblical Christianity, Catholic and Reformed; the faith once delivered to the saints in contemporary expression. Bebbington’s widely adopted definition of Evangelicalism weakens the confessional integrity of the Evangelical movement. Evangelicalism needs the rich resources of biblically faithful Reformed theology if it is to respond to the challenges of the present hour.

* An excerpt from an article written by me for The Gospel Truth, edited by Mike Grimshaw entitled The Great Evangelical Identity Crisis 1980-2010.
Posted by Guy Davies at 12:40 pm

Email ThisBlogThis!Share to TwitterShare to FacebookShare to Pinterest
Labels: Evangelicalism

EP writes: "As a movement stemming from the Reformation, evangelicalism is essentially creedal." But all of Christianity from dot has been creedal! Not sure what the gain is here.

EP also writes, "I am not casting doubt on whether the Wesley brothers and their followers preached the gospel. They most certainly did, at least in a truncated form." (emphasis added) Only one word in response here, and the word is: "wow!"

Finally and more broadly, I wonder if there is in part a category confusion in your disagreement with Bebbington. After all, judgments made on social history attend to different cues than those interested in theological continuity (and discontinuity).

Thanks for the stimulus!

Thanks for your thoughts. In response, note the next sentence in the reference you quoted, which was, Not only that, there are clear doctrinal commitments that make up the creed. By which Sinkinson (those were his words not mine) meant the confessions of the Reformation and Puritan periods.

John Wesley was an Arminian who did not believe in unconditional election, the final perseverance of the saints and in his later teaching denied justification by faith alone. The gospel is the good news of God's sovereign grace 2 Timothy 1:9-11, so I don't think that my statement was unfair. Wesley did not preach the gospel in all its fulness. See Wesley and man Who Followed by Iain Murray, especially Chapters 4 & 9.

Bebbington's "quadrilateral" is often taken as a working definition of evangelical identity. See, for example, Evangelicalism in Britain 1935-1995 by Oliver Davies, p. 9-12, with some qualifications and added detail and A Passion for Truth by Alister McGrath, where he restates the "quad" in his own words, yet more or less takes Bebbingdon's definition as read. I think that this approach is misguided and reductionistic.

Very interesting post, Guy. Here in America, I think there is even more confusion over what it means to be evangelical. Some have wanted to shrug off the label altogether because it is starting to have negative connotations. To say a church is evangelical usually means that they'll use contemporary worship music, they'll have little regard for any sort of confessional or creedal authority, worship will consist of little more than a few songs and a sermon (of which expository preaching is on the wane), they'll usually vote Republican, and so on. It says little about doctrinal commitments. The history of the church in America, with its ridiculous amounts of splits and divisions, likely helped give shape to this different definition of evangelical.

But now you've got groups who are orthodox in their theology (to varying degrees) not wanting to be identified with evangelicals because of all the baggage that goes with it. While I was in seminary, I remember discussions about whether or not we should call ourselves evangelical (most of the students belonged to confessionally-bound Presbyterian denominations), often unresolved. It's strange how the meaning of words can change over time.

@Guy: fom my simple understanding and experience, being evangelical means "knowing my Father in a 2-way relationship without being surprised". You know what I mean.

Being a Christian is not talking about an identity crisis, it is about finding one's identity. It is a movement, not a museum.

Please press on, don't stop. You are not alone. We may not be many, but we all are with you.

I followed to this from your part 2 ..

Hence Noll and Nystrom's is the reformation over a few years back ?