At the 2011 Banner Ministers' Conference Iain Murray gave an address on Archibald Brown (1844-1922). Few of us knew anything much about the subject of his talk. But by the end we wanted to know more about this remarkable servant of God. With the publication of this excellent biography this longing is more than fulfilled.

Brown was converted at the age of sixteen. A friend of his, Annie Bigg (later to become his first wife), invited him to an evangelistic meeting. The speaker, Arthur Blackwood asked if Brown were a Christian. When he replied, "no", the evangelist said, "how sad". This affected him deeply. Brown was convicted of sin and then soundly converted while sitting under a tree. Full of joy, he threw his cap in the air, which then got stuck in the tree. His first act as a Christian was to retrieve his hat.

Brown trained for the ministry under C. H. Spurgeon at the Pastors’ College. He became great friends with the famous London preacher and stood with him during the Down-Grade controversy. Spurgeon was no great fan of physical exercise, but he said that he would walk four miles to hear Brown preach.

However, the 'Spurgeon's Successor' tag, while true is a little misleading. Brown was only pastor of the Metropolitan Tabernacle from 1907-1910, initially serving as co-pastor with C. H. Spurgeon’s son, Thomas. Browns’ longest and most fruitful period of ministry was spent in the East End of London from 1866-1897. Revival in the Stepney Green Tabernacle necessitated the building of East London Tabernacle to accommodate the large number of converts that had been added to the church. Congregations of 3,000 people thronged to hear him preach.

The East London Tabernacle was a true community church. Murray movingly details Brown’s attempts to minister to the poverty-stricken people of the East End. He appointed nine missionaries to reach into the community with gospel hope and practical help. Brown was a fervent evangelist. His ministry touched all kinds of people. The record of his converts includes prostitutes, thieves and other criminals.

The preacher experienced personal tragedy, losing four wives to the grave, before dying himself shortly after his last wife, Edith was taken to glory.

Brown knew times of revival in the earlier period of his ministry.  As the 20th century wore on he was faithful to the gospel in days of general decline. He remained a staunch Calvinist when Calvinistic theology was rapidly going out of fashion.

Iain Murray had produced a masterly biography of Archibald Brown, giving a vivid portrait of his times and capturing something of the essence of this undeservedly forgotten minister of Christ. His life is full of lessons for our situation today. Brown lived to preach the gospel in season and out of season. And so should we. On Wednesday I went back to school, sitting in on a couple of lessons. I was there as a Parent Governor of the local secondary school, linked to the BV (Beliefs & Values, or RE in old money) Department. From what I remember of school at that stage, it was mostly about teachers writing stuff on blackboards with sticks of chalk, or dictating information that we had to note down in our exercise books. It didn't really engage me. Present day lessons are a lot more fun and interesting, with plenty of teacher/class interaction through questions and discussion and the use of PowerPoint, film clips etc.

I listened with interest to the leaked news of Michael Gove's proposals on bringing back the O-level. It reminded me that my lack of educational effort was rewarded by the school I attended putting me in for CSEs in most subjects. Yesterday's Guardian described the CSE as "a badge of a misspent youth". Knowing that CSEs were regarded as the poor relative of O levels gave me little motivation me to get on with my school work. The Headteacher's comment on my Report for 1976 read, "Guy is content to waste a great deal of time. He is under achieving in most subjects. Greater effort is needed at all times." Ouch! Harsh, but true. I left school at sixteen and became a YTS boy in British Steel Orb Works, Newport. I'm all for making the GCSE as rigorous and highly regarded a qualification as possible. But Nick Clegg was right to point out that while some people might applaud the reintroduction of O-levels, few would welcome the return of  little lamented CSEs. May as well bring back Grammar Schools. 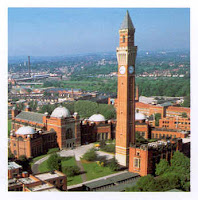 It was only on becoming a Christian in my late teens that I became interested in reading and study. I hungrily devoured Lloyd-Jones' sermons on Romans and Ephesians and began reading theology and church history in earnest. Feeling called to the Ministry I went to the London Theological Seminary (1988-1990), which only served to deepen my love for theological study. Later I gained a BA (Hons) degree with Greenwich School of Theology for research on the meaning and significance of the resurrection of Jesus. Education-wise the Lord has graciously restored the locust-eaten years spent wasting time rather than learning.

Yesterday I took my son to Birmingham University for one of their open days. He's interested in studying Chemical Engineering. It looked like a fine place to study, with an attractive campus, great facilities and a vibrant student scene. We'll be off to Loughborough, Nottingham and Sheffield over the next few weeks for their open days. Spending the day looking round Birmingham Uni made me feel quite envious of my seventeen year-old son, with the prospects of a university education ahead of him. But there we are. I can't turn back the clock, but in terms of study I can try to redeem the time, Ecclesiastes 9:10.

I've sometimes thought of doing a Masters in theology. The John Owen Centre's ThM looks good. But current family life and ministry commitments mean I won't be getting around to that for a while. Never mind. There's more to learning than formal courses of study. Now, where was I in Bavinck's Reformed Dogmatics, Volume 3?

The race for life

I took a Primary School assembly this morning on 'Paul's Olympian race: following Jesus for a crown of righteousness'. One of my points was that Jesus inspired the apostle to keep on serving and helping others. I asked the children how they might be of help in the life of the school. One said by being nice, another by listening in class, etc. But the best answer by far was, "by not murdering people." A very important principle, I'm sure you'll agree.
Posted by Guy Davies at 10:37 pm No comments: 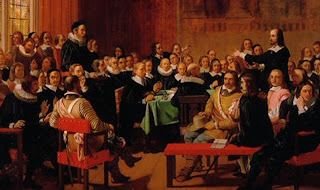 Confessions of faith should reflect the historical connectedness of the Christian Church. The compliers of the Westminster Confession and its Independent and Baptist derivatives, the Savoy Declaration and Second London Baptist Confession did not turn their backs on the rich theological heritage of the Church and try and start from scratch in confessing the faith. For all their Puritan distinctives, the seventeenth century confessions were Reformed Catholic documents. Their God is the triune Lord of of the Nicene Creed. Their Jesus is the divine person with a human nature set forth in the Definition of Chalcedon. Their doctrine of salvation by the sovereign grace of God is consistently Augustinian. With them we hold to the faith once delivered to the saints.

The World Reformed Fellowship's recently published Statement of Faith seeks to incorporate the best of the old and also to address more recent issues such as theological liberalism and postmodernism.
Posted by Guy Davies at 8:29 am No comments:

The Secret Providence of God by John Calvin 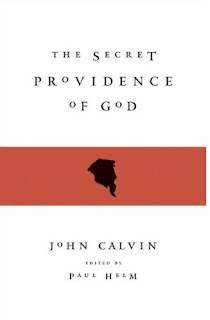 Sebastian Castellio was once a friend and supporter of John Calvin. For a time the two men worked together in Geneva. But they drifted apart both in terms of their friendship and also theologically. Castellio especially came to dislike Calvin's teaching on the absolute sovereignty of God. He released an open letter criticising what Calvin had written on the subject. The letter took the form of fourteen articles on predestination supposedly drawn from Calvin's works, together with a point-by-point rebuttal of the Reformer's views. Calvin was stung into action on reading Castellio's manuscript. He entered the fray to defend his teaching on the providence of God. This work offers a fresh translation of Castellio's missive and John Calvin's response.

Calvin argues his case with vigour and clarity, constantly appealing to the teaching of Scripture in support of his views. Calvin's position was not idiosyncratic. The Reformer saw the issues clearly because he stood on the shoulders of Augustine. He repeatedly cites the views of the Church Father over and against his opponent. Accordingly, Calvin insists on both the absolute sovereignty of God and the responsibility of man for his sin. He makes a distinction between the revealed will of God, which man is bound to obey and his secret will by which God governs even the sinful actions of men (Deuteronomy 29:29). But this does not mean that God is conflicted, as in all things he decrees that which is wise, just and good.

The Reformer takes no prisoners when it comes to denouncing Castellio's disingenuous calumnies, "Now you see, you dog, what you accomplish by your violent barking (p. 64).  He raises the matter of Castellio's alleged theft of firewood when he lived in Geneva to illustrate that when people sin they do so willingly and are therefore responsible for their actions (p. 112). He concludes by likening Castellio to Shimei who cursed David when he was on the run from Absalom. Like David, Calvin could only bear up under Catellio's onslaught by taking refuge in the secret providence of God. Calvin wrote with such passion partly because he was irked by Castellio's deliberate caricaturing of his views, but his great concern was to vindicate the sovereignty of God as attested in Holy Scripture.

Readers might wonder what exactly is the relevance of this long-forgotten theological spat to our situation today. Well, the views similar to those somewhat crudely advocated by Castellio have not gone away. He reasoned that if God is absolutely sovereign, with his will governing all things, then he must be responsible for the sinful conduct of men. He summarises Calvin's teaching under Article 4, as saying, All the crimes that have been accomplished by any man are the good and just works of God (p.43). Castellio would have it that God permits sin in deference to man's freedom, but not that he willingly permits sin for his own secret and wise purposes. The calumniator's views anticipate the teaching of Jacob Arminius. The seeds he planted find their fruition in Open Theism, which has been finding inroads in contemporary Evangelical circles. Calvin's robust response to Castellio will put iron into the veins of today's theologically anaemic Evangelicalism.
Posted by Guy Davies at 3:41 pm No comments: 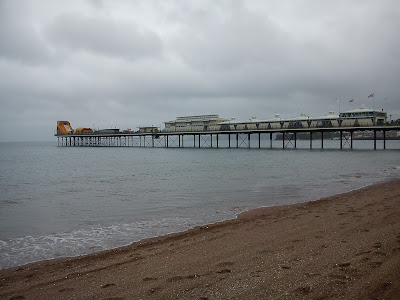 Email ThisBlogThis!Share to TwitterShare to FacebookShare to Pinterest
Labels: poem

Blood is shed,
atonement made.
Let the trumpets sound.
Proclaim liberty
throughout the land.

Posted by Guy Davies at 2:43 pm No comments: