We are writing to object to the granting of planning approval for the Waste Incinerator plant at Northacre Industrial Estate, Westbury by the Strategic Planning Panel of Wiltshire Council in June 2021. This was despite over 2000 objections made by local residents, as well as opposition from Westbury Town Council and seventeen other neighbouring town and parish councils.

Many people living in the Westbury already suffer with chronic health problems. Cancer and lung condition deaths are higher here than across Wiltshire. Poor air quality has been exacerbated by HGVs being diverted from Bath onto the A350 through Westbury.

The incinerator would mean an estimated additional 20,000 truck journeys a year around the town. Smoke belching from the incinerator chimney would make the situation even worse, further damaging the health of Westbury residents.

Arla Foods (Westbury) Ltd are so concerned about the impact of the plant on air quality that they have threatened to close their dairy if the waste incinerator is allowed to go ahead, resulting in the loss of at least 250 jobs.

The incinerator will increase CO2 emissions, flying in the face of the government’s Climate Emergency Commitments. The children and young people of the town deserve better than to have their lives blighted by growing up in the shadow of this environmentally disastrous development.

I understand our local MP The Rt. Hon Dr Andrew Murrison has written to you asking that you ‘call in’ the decision of the Strategic Planning Panel for review. In the light of overwhelming local objections, I would ask that you overturn planning approval for siting a waste incinerator plant in Westbury, where it is certainly not wanted.

The Rise and Triumph of the Modern Self, by Carl R. Trueman 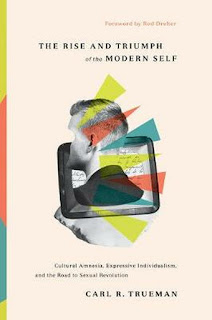 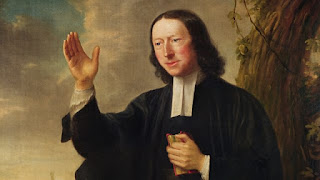 As a boy I used to attend the local Wesleyan Methodist Chapel Sunday School. I believe the work has since closed, but when I was a kid a good number of children used to attend 'Aunty Betty's' Sunday School meetings. I can't recall much of what we were taught, but the lessons were Scripture-focussed. Bible stories mainly, rather than clear presentations of the gospel. I have no lingering impression of the Way of Salvation ever being explained to the children. The Christmas Nativity Play was an annual highlight, as parents would also attend. I have a vague recollection of being a shepherd; decked out in a dressing gown and with a tea towel on my head that was kept in place by one of those snake-buckle belts that were all the rage in the 1970s.
So much for my youthful brush with Methodism. Todays' Methodist Church is a far cry from anything 'Aunty Betty' would have recognised, let alone John Wesley. Yesterday The Times newspaper reported Methodists to allow same-sex weddings. Members of the Methodist Conference voted on a motion that marriage could be defined as a union between "two people", rather than only between "one man and one woman". The vote to redefine marriage passed with 254 in favour to only 46 against. Methodists leaders expressed concern that a significant minority of 'traditionalists' might leave the grouping over this matter. Opponents of same-sex marriage were assured that there were safeguards in place that would allow them to opt out of performing same-sex weddings.
One evangelical minister responded, "There's a real sense that the Church has become an increasingly alien place to be a conservative evangelical, and there is a sense that the Church is on a direction of travel which many over the course of this next year or two will probably feel unable to sustain". (See this report in Christian Today). A request that evangelicals be allowed to leave Methodism with their church buildings and assets was quite predictably rejected. Evangelicals are none the less weighing up their options.
Methodism was born of the 18th century Evangelical Revival. Methodism had two main branches, those who followed the Calvinistic teaching of George Whitefield and others who came under the influence of the Arminian John Wesley. The Methodist Church of today had its genesis in Wesleyan Methodism.  Whitefield and Wesley had their doctrinal disagreements, but they were united in the basic elements of evangelical belief. The historian David Bebbington has identified four defining characteristics of evangelicalism:
The vote of the Methodist Conference to allow same-sex weddings didn't come from nowhere. In his Wesley and Men Who Followed (2003, Banner of Truth Trust), Iain H. Murray tells the story of how Methodism gradually drifted away from its evangelical origins. Certainly 'Biblicism' as defined by Bebbington is no longer the default position of the Methodist Church.  John Wesley was ready to be called a 'Bible bigot'. Many of today's Methodists would probably run a mile to get away from any such label. But that is nothing new. In 1965 Donald Soper was president of the Methodist Conference. Far from being a 'Man of One Book', he held that the Scriptures 'represent an incubus' and proposed a one-year ban on Bible reading.
Around the same time Leslie Weatherhead argued that, 'William Temple was just bas inspired as Paul and T. S. Eliot more inspired than the Song of Solomon'. Weatherhead was especially opposed to the deity of Christ and his substitutionary atonement. Commenting on the text, 'Without the shedding of blood there is no forgiveness of sins' (Hebrews 9:22), the Methodist leader countered, 'In our modern view this is simply not true.' Old fashioned Methodists were left asking, 'Was John Wesley deceived? have our hymnwriters been deceived in their immortal songs? Was Saul of Tarsus deceived? Have we all been deceived?' (See Wesley and Men Who Followed, p. 257-258).
In his 1966 address, Evangelical Unity: An Appeal. D. Martyn Lloyd-Jones asked, 'Are we content, as evangelicals, to go on being nothing but an evangelical wing of a church?' At least since the 1960's evangelicals have been a minority group within the Methodism. Liberal thinking that is happy to accommodate itself to contemporary opinion has prevailed. The overwhelming vote in favour of redefining marriage is merely a symptom of a deeper doctrinal and spiritual malaise. The leadership of the Methodist Church has long sold the pass when it comes to the authority of Scripture and basic gospel truths such as the deity of Christ and his penal substitutionary death. How can evangelicals continue stand shoulder to shoulder with leaders who have departed from the gospel?
Yes, 'traditionalists' within Methodism may be granted an 'opt out' when it comes to performing same-sex weddings. At least for now. But wouldn't it be better for people who are committed to the gospel to opt out altogether from a church grouping that takes its lead from the spirit of the age, rather than the authority of the Holy Spirit speaking in the Scriptures? Separation will be costly, but separation need not mean isolation for evangelical Methodists. The call is for them to come out and come together with other gospel churches who stand for the truth in these days of compromise and confusion.
Posted by Guy Davies at 6:18 pm 1 comment: