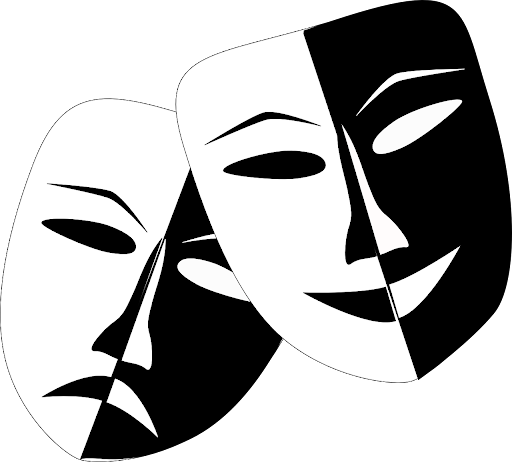 As I write Sue Gray hasn’t yet delivered her verdict on the Downing Street lockdown parties. It would be foolish of me to try and speculate on what the fallout will be once her findings have been published. Once thing’s for sure, the appearance that lockdown rule makers were also rule breakers has left a bitter taste in people’s mouths. No one likes a hypocrite.

Some of Jesus’ harshest words were levelled against hypocrites, “they preach, but do not practise. They tie up heavy burdens, hard to bear, and lay them on people's shoulders, but they themselves are not willing to move them with their finger.” Seven times in Matthew 23 Jesus thunders, “Woe to you, scribes and Pharisees, hypocrites!”

The scribes and Pharisees styled themselves as righteous embodiments of God’s law. They were quick to condemn anyone who fell short of their high standards. But Jesus removed their masks to expose all the dishonest ways in which they tried to wriggle out of doing what God required. The scribes and Pharisees were careful to give away tenth of their garden produce, but neglected to practice justice, mercy and faithfulness. Jesus accused them of “straining at a gnat and swallowing a camel”.

Jesus had every right to denounce hypocrisy. He is the one preacher who always practiced what he preached. As for us, there is something of the hypocrite in us all. We are quick to condemn others when they behave badly. But do we always and without exception live up to our own noblest principles? The Golden Rule laid down by Jesus teaches, “So whatever you wish that others would do to you, do also to them”. It would be a very brave or foolhardy person to insist that they have always treated others as they wish to be treated themselves.  Never an unkind remark, never an irritable response?

It is only right that those who imposed harsh lockdown rules on others should be held to account if they broke them. “Woe to you, hypocrites!” But let’s not forget our own hypocrisy. We are all sinners who have fallen short of what God requires. All is not lost, however. The Christian faith teaches there is hope even for hypocrites. God offers mercy and forgiveness to everyone who believes in Jesus who died on the cross for our sins.

* For the February edition of various local parish magazines.

A Christian’s Pocket Guide to Humanity: Created and Re-created, by David McKay

‘What is man?’, asks the psalmist. We will only begin to know the answer to that question if we understand what it means to be human in relation to God. This is exactly what this pocket guide sets out to do. McKay’s treatment is concise and straightforward without ever being superficial. He sets modern day concerns such as identity politics and transgenderism in clear biblical perspective, drawing upon the insights of Reformed covenant theology.

There is a lot of talk these days about human ‘identity’. For some their fundamental identity is tied up with their gender, sexuality, race, or political views. As David McKay shows, our true identity is not one that is made up by us, but one that is handed down by God. Our Triune Lord created human beings in his image as male and female. That fact bestows great dignity and worth on every human person.

Recently Headmistress Katharine Birbalsingh got herself into spot of bother on Twitter when she suggested that due to ‘original sin’ children need rules and sanctions to keep them in line (see here). Cue predictable outrage at the idea that children might be morally flawed. But the Christian doctrine of original sin insists that all are sinners before God. McKay gives attention to humanity Ravaged by Sin. Man was created to live in a covenant relationship to his Maker. Adam represented the human race in the Covenant of Works. When Adam fell into sin, humanity fell with him. Adam’s sin was imputed to the whole human race. All are born with a sin-corrupted nature. Death reigns over all in Adam.

But God has raised up a new representative for humanity in Jesus, the mediator of the Covenant of Grace. United to him, our sins are atoned for so that we may be forgiven and put right with God. In Christ believers are set apart as God’s holy people and adopted into his family. McKay could perhaps have said more about the corporate aspects of union with Christ in the life of the church.

Finally, redeemed humanity will share Christ’s glory, gaining in him more than we ever lost, or could have had in Adam. God’s new humanity will bear the image of the last Adam in resurrection glory. Only then will the full answer to the psalmist's question, ‘What is man?’ be revealed.

An excellent treatment of a timely theme.

*An edited version of this review was published in The Banner of Truth Magazine, January 2022

Posted by Guy Davies at 4:47 pm No comments: