For Lloyd-Jones the big issue was schism not separation 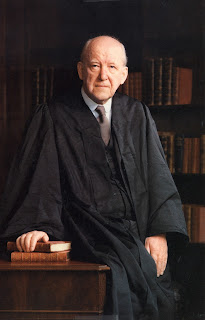 I'm one of the first people to roll their eyes in mock despair when a saying of D. Martyn Lloyd-Jones is trotted out in a fraternal or conference as if it was an infallible oracle. The Doctor being dead yet speaketh. No need to give another thought to the matter in hand. I was reminded of this tendency recently when attending a conference in Wales, believe it or not. At one point a 'discussion' was little more than a 'Who's got the best Lloyd-Jones quotes competition'. Even as a Welshman with a deep debt to the great preacher (at least his writings) it was a bit embarrassing.

However, while some 'Quote the Doc' merchants are well meaning and harmless, others, it seems are trying to recruit Lloyd-Jones to a cause for which he would have had little sympathy. Ruth Palgrave attempts to do his in her snappily entitled booklet, They Have Forgotten: An Urgent Plea for Evangelicals to Recognise the Danger of the Ecumenical Movement and Remember the Stand That the British Evangelical Council and Dr. Martyn Lloyd-Jones Took Against it. Now, I'm all for being against the Ecumenical Movement.  I agree with Lloyd-Jones' call for Evangelical churches to separate from the theologically mixed denominations and come together in gospel fellowship (see Unity in Truth, D. M. Lloyd-Jones, EP, 1991 p. 43). My stand on this issue was one of the reasons I was unceremoniously dumped from my first pastorate some twenty years or so ago. As an FIEC pastor I have to affirm each year that the churches I serve hold to the FIEC's Gospel Unity statement, which entails not affiliating to groups such as Churches Together. But apparently, not even the FIEC is above reproach. At least in the eyes of some. 'Susan' has charged the grouping with compromise over its involvement in an 'Explicit' conference, or something. I'll have to take Gary Benfold's word for that, as for some reason 'Susan' left me off her email list. Never mind. My point is that that while Lloyd-Jones certainly advocated separation from gospel-denying error, he was no 'secondary separatist' like Palgrave and her fellow travellers.

There is a  slight problem for those who take the 'secondary separation' line emanating from the Metropolitan Tabernacle in claiming the 'Doctor' as their talisman. It is that Lloyd-Jones' great concern in the 1960's was not primarily separation, but schism. It's interesting that his address at the Second National Assembly of Evangelicals in 1966 was entitled, Evangelical Unity: An Appeal. His beef was that in remaining in the mixed denominations, Evangelicals were putting denominational loyalty before church-level fellowship that was rooted in the gospel. He was not advocating secondary separation, that Evangelicals who had left the denominations should have little or nothing to do with those who did not. Still less did he argue that Evangelicals should sub-divide on issues like Bible translations, worship styles, or other secondary issues. In fact he charged those who did with the sin of schism, 'the essence of schism...is division among people who are agreed about the essentials and the centralities, but who separate over secondary and less important matters.' (Knowing the Times, D. M. Lloyd-Jones, Banner of Truth, 1989, p. 253).

Lloyd-Jones was prepared to work with other Evangelicals whose views were quite different from his own on the charismatic gifts, worship styles, Calvinism and Arminianism and so on. His attitude to dealing with differences between Evangelicals was this, 'If am I convinced that a man is my brother I am going to bear with him. I am not going to divide from him. What makes us one is that we are born of the same blood, of the same Spirit. We are born again by the same Spirit into the same family... I do not separate from my brother.' (Unity in Truth, p. 120-121).

The thing with Masters, Palgrave, 'Susan' et al is that they have only listened to one half of Lloyd-Jones' message. He said, 'Come out; come in' (Unity in Truth, p. 43). Separate from gospel-denying error, yes. But also come into deeper gospel-based fellowship that transcends differences on secondary matters. Affinity, the FIEC etc. may not be perfect expressions of Evangelical unity in truth. But those who belong to these organisations do not deserve to be traduced as shoddy compromisers. Secondary separation is a schismatic policy that sadly leads to disunity in truth. Aren't we meant to be 'all one in Christ Jesus', or am I missing something here?
Posted by Guy Davies at 12:45 pm 3 comments:

What Jesus is doing now by Gary Brady

What Jesus is doing now,
Gary Brady, EP Books,
2012, 224pp
We often reflect on what Jesus did for our salvation in the past and look forward in hope to what he will do when he returns. But we don’t tend to give so much attention to what he is doing now. Gary Brady attempts to make good that gap in our thinking in this most helpful book.

Brady writes with clarity and simplicity, but there is nothing trite about this work. His treatment is characterised by theological depth, biblical accuracy and sound pastoral wisdom. The insights of wide range of writers are called upon to help us better understand the subject in hand.

The author begins by explaining clearly who he is talking about; the Jesus who is fully God and fully man in one person. It is as the God-Man, exalted to the right hand of the Father that Jesus carries out his present work on our behalf.

At the heart of the book is an exploration the multifaceted work that Jesus is doing now. He is our prophet, priest and king who applies the salvation he accomplished to his people by power of the Holy Spirit. Special attention is given to the intercessory ministry of Christ.

In a final chapter, Brady asks ‘How should we live in the light of these facts?’ Here the reader is challenged to live for Christ’s glory and be encouraged by the fact that our ascended Lord will protect us from our foes. Knowing that he ever lives to make intercession for us should embolden us draw near to the throne of grace in prayer.

Taking time to meditate on what Jesus is doing now should move us to worship him and inflame our longing for his return. With that in mind, this book is highly recommended.

The Second London Baptist Confession of Faith, 1689 has a clear statement on marriage.
It might be considered strange that a statement on marriage was included in a confession of faith. You won't find anything on marriage in the Nicene Creed or the Definition of Chalcedon. But marriage is a theological matter. That was the case in the seventeenth century when the confession was originally drawn up. Back then the polemical context was the controversy between Roman Catholic teaching which held that marriage is a sacrament, and the Protestant view that marriage is a divine ordinance, but has no sacramental character.

More fundamentally, marriage is a theological matter because according to Holy Scripture the institution was ordained by God as a special and exclusive union between a man and a woman, Genesis 2:21-25. God so created human beings that the male and female are sexually differentiated and yet compatible. Only the sexual union of a man and a woman is capable of producing life. The Bible teaches that marriage is the proper context for sexual intimacy and any deviation from that basic pattern is condemned in Scripture.

Christian believers accept the prerogative of our Creator God to order the form of human relationships. We rejoice in the original goodness of God's creation that included the differentiation between male and female, made in his image. We note that the union of a man and a woman in marriage is modelled on the relationship between Christ and his church (Ephesians 5:22-33). Marriage is a theological matter. The church is called to faithfully confess this divinely ordained institution, whether opinion polls are for us or against us.

Christians would prefer not to have to focus so much time on this issue. Our main task is to proclaim a gospel of forgiveness and  life-transforming power to all people in the name of the Lord Jesus Christ. But we cannot remain silent in the face of the proposed redefinition of marriage. As Martin Luther said,  "Wherever the battle rages, there the loyalty of the soldier is proved and to be steady on all the battlefield besides is mere flight and disgrace if he flinches at that one point.” Holding fast to our confession involves opposing the redefinition of marriage to include same-sex couples. If you have not already emailed your MP about this, may I suggest you do so now.