None Greater: The Undomesticated Attributes of God, by Matthew Barrett 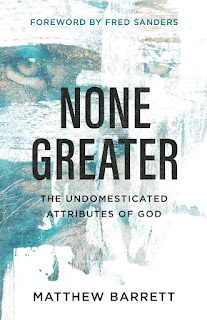 Baker Books, 2019, 296 pages, Kindle edition
'Behold your God!' That is the message given to the herald of good news in Isaiah 40:9. But what kind of God should we expect to 'behold'? Is he just like us, but bigger and better? After all, the Bible tells us that we are made in his image (Genesis 1:26). According to classic theism God is a perfect being, 'without body, parts or passions'. But 'perfect being theology' has had a bad press of late. We want a God who can enter into the suffering of wretched humanity, not a remote Being who is sublimely undisturbed by the woe of the world.
But if  the God we behold is a domesticated deity, cut down to size and shorn of his divine majesty, can we trust him, does he command our highest worship? Of course, the key thing is what God has revealed of himself in the pages of Holy Scripture. Very true. It is the case, however, that our reading of the Bible can be skewed by our 21st century perspective. Our psychological age demands a therapeutic deity who can feel our pain and soothe our troubled minds. That's why it's helpful to listen to the voices of those who have read God's Word in previous centuries. They also were people of their times, but the their insights can at least make us aware of our own biases.
Matthew Barrett wheels on the 'A Team'. No, not Mr T and the gang, but Augustine of Hippo, Anselm and Thomas Aquinas. Those three theological greats were attentive readers of the Bible and it was from its pages that they understood that God is the perfect being than which none greater can be thought. If he were anything less, he would not be God at all. While the focus here is on the being of God, the theologian does not lose sight of the three persons who share the one divine essence; Father, Son and Holy Spirit.
The book's subtitle speaks of the Undomesticated Attributes of God. We domesticate God when we dissolve the fundamental biblical distinction between God our Creator and the creature. As finite creatures we cannot know God as he knows himself. Our knowledge of him is true, yet analogical. The Bible may speak of God in creaturely terms, but that is on account of it being divine revelation accommodated to our capacity. God is pure Spirit. He therefore has no 'hands', 'eyes', or 'nose'. Neither does the sovereign Lord have regrets, or change his mind. If the Scripture's anthropomorphic language is not to be taken literally, neither is its anthropopathic descriptions of God's 'emotions'. All that is in God is God. He is therefore eternal, infinite and immutable in his being and attributes.
As Barrett explains God's attributes are not the various components that comprise his being, some of which could in theory be detached from him. God is simple and unconflicted. His righteousness does not pull him one way and his mercy another. He is always righteous and merciful. His love is holy love. And that love is not a 'flash in a pan' that can be switched off in response to the sinful rebellion of human beings. That is where God's aseity and impassibility come in. His life and love are self-generated, totally independent of the creature. God does not need us to complete him. He is complete in the fulness of his own being and in the fellowship of the persons of the Trinity. It is precisely because God is not needy or vulnerable that we can trust him to be faithful to his promises and never let us down.
The author describes the way in which his own life was enriched as he was helped to 'behold his God' afresh as  'A Team' enabled him to see divine self-revelation with fresh eyes. While the work is technical in parts and demands attentive reading, Barrett's style is lively and interesting. You'll find references to holidays in beautiful Pembrokeshire, delicious caramel apple pies and baseball games. No Rugby Union illustrations, though, which struck me as a bit odd. I think Barrett is American. More importantly, his treatment of God's being and attributes is thoroughly biblical and full of practical application. You will be filled with wonder and worship.  You will be stirred to renewed faith in God and obedience to his commands. As Daniel says, 'the people who know their God will stand firm and take action'. (Daniel 11:32).
Posted by Guy Davies at 11:53 am No comments: 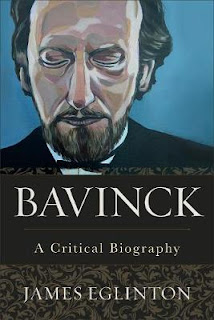 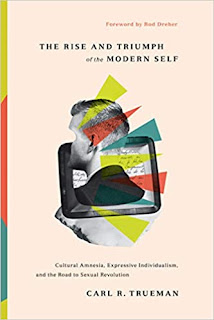 I have several titles in my Kindle library snapped up at knock down prices which I intend to read this year. I've already made a start on Nothing Greater: The Undomesticated Attributes of God by Matthew Barret. Very good it is too at £0.49. Sticking with the doctrine of God, I've read the free sample bit of The Son Who Learned Obedience by Glenn Butner, on the eternal submission controversy. A really good taster, which invites purchase of the full download.

But there's also Trinity Without Hierarchy: Recovering Nicene Orthodoxy in Evangelical Theology edited by Michael F. Bird and Scott Harrower to consider (£2.21). And not forgetting The Triune God (New Studies in Dogmatics) by Fred Saunders (£2.99). Gentle and Lowly: The Heart of Christ for Sinners and Sufferers by Dane Ortrund comes highly recommended and was going cheap on Kindle (£2.96).

I had Bavinck: A Critical Biography by James Eglinton as a Christmas gift in glorious shiny hardback. I was disappointed by Ron Gleason's biog of the great Dutch Dogmatician, but Eglington's effort looks to be in a different league. The intro and first chapter alone are rich with insight into the subject's life and times. (I also get an endnote all to myself and a mention in the bibliography. Just saying).

A family member kindly gave me an Amazon voucher for Christmas. I shall probably use it to invest in The Rise and Triumph of the Modern Self by Carl R. Trueman. I also have my eye on Deity and Decree by Samuel D, Renihan, having enjoyed his From Shadow to Substance and The Mystery of Christ.

That little lot will hopefully keep me busy on the reading front for a bit.

Email ThisBlogThis!Share to TwitterShare to FacebookShare to Pinterest
Labels: Books

You Could Have It All, by Geoffrey Thomas 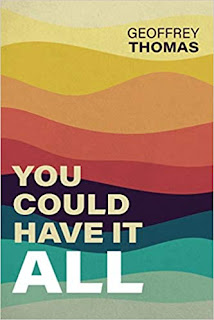 Reformation Heritage Books, 2020, 96pp
This little book by the veteran preacher sets out to commend the Christian faith to thoughtful non-believers. The secular world offers much, but delivers little when it comes to living a life full of meaning and purpose. All that this world has to give isn't enough to satisfy the deepest longings of the human heart. Indeed, according to Yuval Noah Harari who is cited here, "any meaning that people ascribe to their lives is just a delusion." How could it be otherwise if the universe is the product of impersonal evolutionary processes?
Things look rather different when God is brought into the picture. In saying You Can Have It All, however, the author isn't promising his readers a trouble-free life of untold riches where no sacrifices will be necessary. Far from it. Believe and bad stuff will still happen. That isn't tough luck, but part of God's purpose for his children in which he works all things together for the good of those who love him.
We can know this God because he has revealed himself to us in his Son the Lord Jesus Christ. In knowing God we also come to know ourselves, for human beings are made in his image. Although we have strayed from him in our sin, God offers us forgiveness and a fresh start through the sacrificial death of Jesus on the cross. More than that, we can become children of God, living under his fatherly care and provision all our days until he takes us home to be with him for ever.
Knowing that is an essential element in learning to be contented in every circumstance in which we find ourselves. The believer has a joy that is independent of their situation, however dire, because it is rooted in the unchanging faithfulness of God. In his goodness the Lord places his children in church families where they will find the spiritual support and encouragement they need 'among the best and happiest people on earth'.
Our Covid-stricken age is one in which we 'sit in darkness and the shadow of death'. But the 'last enemy' has been defeated by the death and resurrection of Jesus. The believer has the assurance that God will welcome them into his presence when they die. And beyond that, they will be raised to everlasting glory when the Lord comes.
Thomas's writing reflects the rhythms and cadences of the preacher that he is. You can imagine him in full flow, delivering this material to a rapt congregation. His handling of the grand themes dealt with here is full of interest and urgency. Kermit the Frog gets a look in as well as the gloomy intellectual Yuval Noah Harari. An occasional 'big word' is thrown in here and there, but the writer's overall approach is straightforward and down to earth.
An ideal book to place in the hands of  someone who does not yet know Jesus as their Lord and Saviour.
I recently discussed the book with Geoff in an online interview which you can catch on Facebook or YouTube.
Posted by Guy Davies at 8:00 am No comments:

An interview with Geoff Thomas: 'You Could Have It All'

I enjoyed interviewing Geoff Thomas on his new evangelistic book, You Could Have It All on Sunday evening.