The ministry as a protected oasis 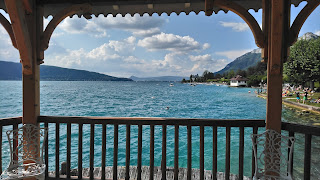 The full-time gospel ministry is still a protected oasis. We are relieved of so many of the tensions and temptations that the men to whom we minister are meeting each day. They work with their minds and bodies in this evil world and give their hard-earned money to us so generously that we may spend our days—think of it—in the quiet of our studies, in the Bible, in evangelism, and in pastoring God’s people. I hope you will never join with those ministers who sit around grumbling in their fraternals about all the alleged hardships of being preachers. What a marvellously privileged life we lead. I trust that you earnestly believe that if it be God’s will for you to spend the rest of your life caring for this particular congregation you will happily do so and thank the Lord at the end of each day for such blessings. [Beeke, Joel R.; Derek W. H. Thomas. The Holy Spirit and Reformed Spirituality: A Tribute to Geoffrey Thomas (Kindle Locations 377-383). Reformation Heritage Books. Kindle Edition.]

The limitations of Easyjet hand luggage meant that I wasn't able to bring a bundle of books with me on holiday. Even bookish pastors need to pack clothes, shower gel and a toothbrush, etc. Theology and biblical studies titles are my 'staple diet', so I like to have a change when we go away. This summer my 'big read' was David Lloyd George: The Great Outsider by Roy Hattersley. I'll post a review sometime. I also packed The Mystery of Providence by John Flavel, which I dipped into and The Buried Giant by Kazuo Ishiguro. But such was the length of the Lloyd George biog (640pp), that I wasn't even able to make a start on the novel.

The three volumes mentioned above were in hard copy. With Kindle, however, you can carry an almost unlimited amount of books, which take up no more space than (in my case) your mobile phone.  I'd been reading the Kindle edition of The Awakening of the Evangelical Mind by Owen Strachan for a while, turning to it to redeem the time spent in a hospital waiting room, or something. It's a fascinating account of the recovery of Evangelical scholarship during the middle years of the 20th century. Having read a chapter of Flavel one holiday Sunday, I then loaded up The Awakening of the Evangelical Mind, to find that I only had a few pages left and so quickly finished it. What next? Among my as yet unread Kindle books was The Holy Spirit and Reformed Spirituality, edited by Joel Beeke and Derek W. H. Thomas. It's a series of essays, published in 2013 to mark the 75th birthday of Geoff Thomas.

Knowing Geoff as I do, it was interesting to read the opening chapter, a biographical introduction by Geoff's son-in-law, Gary Brady. Chapter 2 is by Paul Levy on A Minister Who Has Produced Ministers. Paul includes a quote from Geoff among the opening paragraphs of his contribution. It's the one at the top of this post. It really struck me when I read it, as I've come across my fair share of grumbling ministers. The assumption in some conferences and ministers' meetings seems to be that many of us are either deeply unhappy in our work, or nearing burn out, or ready to quit at any moment. We therefore need to be treated with kid gloves, 'there, there, poor pastors'. No doubt some preachers find themselves in the midst of horrendous difficulties. Their churches are riven by splits. Seemingly intractable pastoral problems rumble on. I get that. But Geoff's words remind us of the immense privilege of being called to full-time gospel ministry. Less grumbling and more gratitude should be the order of the day.
Posted by Guy Davies at 3:39 pm No comments: 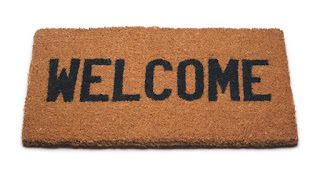 You might have thought that these days people would give racism short shrift. 2018 marked the 25th anniversary of the murder of black teenager, Stephen Lawrence in a racially motivated attack. In a welcome sign that things have moved on since then, there was widespread public outrage over the way in which members of the ‘Windrush generation’ were treated by the Home Office. Commonwealth citizens who had lived and worked in this country for decades were threatened with deportation for not having the correct bit of paper. The scandal led to the resignation of Amber Rudd, who was Home Secretary at the time. Her successor, Sajid Javid pledged to make sorting out the mess a matter of urgent priority.

Our part of Wiltshire is hardly a ‘multi-ethnic melting pot’, but I hope we give black, Asian, or minority ethnic people a warm welcome when they chose to live among us. Dr. Martin Luther King Jr. dreamed of a day when people would not be judged by the colour of their skin, but the content of their character. By the same token, people who move to the United Kingdom will need to accept that as citizens of the of this country we are all subject to the rule of law. And that the law applies to everyone, whatever their cultural background. Rotherham MP Sarah Champion was vilified for pointing out that it was largely British Pakistani men who were involved in ‘grooming gangs’ that preyed on white girls. She should have been supported for having the courage to speak out in the name of vulnerable youngsters. The notion that people can't be expected to behave acceptably because of their ethnicity or culture is in itself implicitly racist.

Racism is based on the assumption that one race is better than another. The Christian faith undermines that prejudiced view. The Bible teaches that all human beings are made in the image of God, and are to be treated with dignity and respect. That is why we are to love our neighbour as ourselves. The Bible will not allow for the idea that one ethnic group is somehow morally superior to others. It teaches, ‘All have sinned and fallen short of the glory of God’. The Christian message of love and acceptance is for everyone. Jesus came to bring people from ‘every tribe, tongue and nation’ back to God by dying for the sins of the world.

In these days of ‘identity politics’ people seem to be competing to show they are better than others on account of their gender, class, skin colour, political affiliation, or whatever. Such an attitude has no place in the church, where all are recognised as equally human and equally in need of Jesus, Galatians 3:27-28. All welcome. 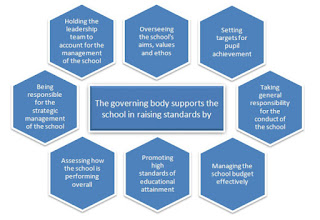 What are school governors, exactly? We aren't paid a penny for our pains, so we're amateurs. 'No way', say some. 'We're not dabbling dilettantes. Unpaid professionals, us.' I hear what you're saying, but by most definitions, being a pro means at least three things: you get paid, you're qualified, you've been approved by an official body to work in a 'profession'. Like a doctor, lawyer, or a teacher.

By that definition govs only meet one of the criteria. We're recognised as govs by being appointed to a GB. Apart from that, there are no formal qualifications and we don't get paid. If meeting only one of the criteria will do, then my kids were pros when they got paid a few quid a week to do a paper round. With more than a little help from mum and dad.


Now, governors are often people from a professional background, but not exclusively so. All you need to be a parent governor is to have kids in the school you're governing. Stay at home mum/dad, mechanic, marine engineer, whatever. Doesn't matter. The parental perspective is valuable in itself. GBs tend to be a bit more picky when it comes to the skills of people they co-opt to the board. At least, they should be.

Even then, governors aren't meant to function as education professionals. It's not for us to run the school on a day-to-day basis, or undertake lesson observations to judge the quality of teaching. That kind of thing is rightly left to the edu-pros. Govs have a strategic rather than operational role. What that entails should be explained to new recruits via induction and training. An effective chair will ensure that their GB keeps to its side of the strategic/operational dividing line.

Not even chairs are paid for their efforts. Strictly speaking, they are amateurs too. But not in a bad way. I'd like to reclaim amateurism, doing something for the love of it, from its negative, bumbling connotations. Prior to 1995 Rugby Union was an amateur game. I'm old enough to remember the Welsh rugby team of the 1970's, Barry John, Gareth Edwards, J. P. R Williams, etc. YouTube them and prepare to be dazzled by their sporting wizardry. Amateurs one and all. Oh for a GB comprised of governor-equivalents. If schools had a Six Nations Championship rather than Performance Tables, they'd smash it.

It's not as if the coveted 'professional' label is wholly unproblematic. You can have a professional gambler, foul, hit man, and so on. The 'professionalisation' of governance has had some unwelcome side effects. In one Multi Academy Trust, a PR firm owned by the vice chair of governors was awarded a contract for £243,567 here. Talk about conflict of interest. Some good old Corinthian amateurism wouldn't have gone amiss there.

Intellectual honesty is called for. The 'unpaid professional' thing is an oxymoron and no one likes an oxymoron. School governors are not educational professionals. When asked, most want no remuneration for their role. And there is no PGCE equivalent for govs. Bumbling dabblers, then? Hardly. Governors are volunteers, not conscripts. No one forced us into it. Our schools need us to be skilled-up stakeholders, ready to scale the commanding heights of strategic leadership.

If 'professionals' isn't quite appropriate and 'amateurs' sticks in the craw despite my best efforts, how should we be labelled? I suggest school governors should be called 'public servants'. That chimes in well with the  Nolan Principles of public life to which our Codes of Conduct rightly refer.

Governors, we are public servants. Agreed?
Posted by Guy Davies at 8:00 am No comments: