The Reformed Catholicity of Second London Baptist Confession: 'Of Christ the Mediator' 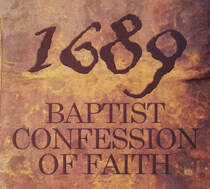 The Westminster Confession was an expression of Reformed Catholicity. The Independents and Baptists followed suit. Careful readers of the three documents will discern traces of earlier creedal formulae. Westminster's doctrine of the Trinity (Chapter 2, compare SDF & LBC) is that of the Nicene Creed; one God in three persons, with each person of the same divine essence. Its doctrine of Christ is that of the Definition of Chalcedon; the incarnate Son is one person with two natures, divine and human (Chapter 8, compare SDF & LBC). The soterological emphasis of the Presbyterian confession and its successors was positively Augustinian, with an emphasis on predestination, the total depravity of humanity in sin and salvation by grace alone.

So far, so Catholic. But Reformed, not Roman Catholic. All three confessions make it clear that Jesus Christ is the 'only Mediator between God and man' 8:2. This rules out Roman Catholic claims of other mediators such as the pope, the saints, the priesthood, or Mary. The 1689 adds two more paragraphs to further underline the point, drawing on John Calvin's delineation of Christ in his offices of prophet, priest and king, 8:8-9: "This office of mediator between God and man is proper only to Christ, who is the prophet, priest, and king of the church of God; and may not be either in whole, or any part thereof, transferred from him to any other. (1 Timothy 2:5), 8:8" See also 8:9, which explains why sinners are in need of Christ in his threefold mediatorial offices.

The Savoy and 1689 set Christ's person and work in the context of the Covenant of Redemption between the Father and the Son in eternity, 8:1 (compare). This doctrine was in an early stage of its development at the time of the Westminster Assembly, hence its omission from WCF. One feature of the LBC is the addition of biblical wording to its chapter on Christ the Mediator, which gives the confession more of a salvation-historical perspective. Especially paragraph 8:2 (compare).

The confessions make it clear that it was "The Son of God, the second person in the Holy Trinity, being very and eternal God" who took upon himself man's nature, "being conceived by the Holy Spirit in the womb of the Virgin Mary" (8:2). The incarnation did not involve the Son becoming any less divine. Rather, "two whole, perfect, and distinct natures were inseparably joined together in one person, without conversion, composition, or confusion; which person is very God and very man, yet one Christ, the only mediator between God and man." This language closely reflects that of the Definition of Chalcedon.

Section 8:7 of the three confessions is a statement on the 'communion of attributes' in the incarnate Son. This does not mean a transfer of properties from one nature to the other in the person of Jesus. His divine nature did not shrink to be enclosed in time and space when Christ took human nature. His human nature did not expand to transcend time and space when Christ was glorified. Any such constructions would fall foul of Chalcedonian orthodoxy. In Reformed theology the 'communion of attributes' is a hermenutical tool that helps readers of Scripture understand how the Bible can speak of the 'Lord of glory' being crucified (1 Corinthians 2:8), or how the risen Jesus is said to 'fill all in all' (Ephesians 1:32). The divine nature of Christ was not crucified. Nether did the human body of Jesus become omnipresent at his ascension. The confessions explain, "Christ, in the work of mediation, acteth according to both natures, by each nature doing that which is proper to itself; yet by reason of the unity of the person, that which is proper to one nature is sometimes in Scripture, attributed to the person denominated by the other nature." (8:7). This insight equips us to read Scripture's witness to Christ's person and work with appropriate theological awareness.

Together with Westminster and Savoy the 1689 tells us why God became man in Jesus, "This office the Lord Jesus did most willingly undertake, which that he might discharge he was made under the law, and did perfectly fulfill it, and underwent the punishment due to us, which we should have borne and suffered, being made sin and a curse for us" (8:4, see also 8:5). Christ's death atoned for the sins of the people of God both prior to and since his redeeming work was accomplished (8:6). Having died for the people the Father had given him, "on the third day he arose from the dead with the same body in which he suffered, with which he also ascended into heaven, and there sitteth at the right hand of his Father making intercession, and shall return to judge men and angels at the end of the world." (8:4).

One distinctive feature of the 1689 is the emphasis it lays on the believer's triple union with Christ the Mediator. Together with Westminster and Savoy the 1689 confesses that Jesus was united to his people before the foundation of the world. The Father "did from all eternity give a people to be his [the Son's] seed and to be by him in time redeemed, called, justified, sanctified, and glorified." (8:1). The Lord was further united with his people "when he took upon himself man's nature" (8:2). It was because he shared their nature that the Son was able redeem his people by the sacrifice of himself, satisfying the justice of God on their behalf (8:5). Then the 1689 makes explicit reference to the believer's union with Christ in relation to the application of redemption, "To all those for whom Christ hath obtained eternal redemption, he doth certainly and effectually apply and communicate the same, making intercession for them; uniting them to himself by his Spirit" [emphasis added]. Westminster and Savoy speak of Christ "effectually persuading them by his Spirit to believe and obey" at this point (compare 8:8).

Giving careful attention to the Second London Baptist Confession's chapter 'On Christ the Mediator' will enable us to proclaim the wonder of God incarnate with biblical accuracy in the light of the creedal heritage of the Catholic Church. The Reformed aspect of Reformed Catholicty gives added clarity to the work the incarnate Son carried out on behalf of his people. He who was one with God as second person of the Trinity became one with us as man to redeem us by his own blood. Christ unites his people to himself by his Spirit that we may enjoy the rich benefits of his saving work. 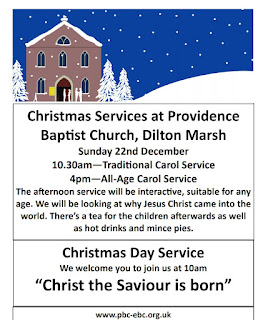