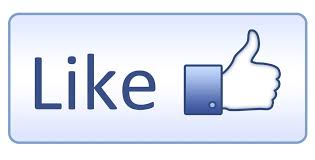 Some communities try to cut themselves off from the modern world. They prefer horse drawn carriages to cars, candles to light bulbs and opt for good old buttons in place of newfangled zips. Fair enough. Takes all sorts.

The modern world can be a bewildering place. But we can't choose our times and it's no good trying to turn the clock back. One feature of contemporary life is social media. Twitter, Facebook and other platforms have transformed the way people interact. It's now possible to keep up with the detailed goings on in people's lives who we rarely, if ever, see in the flesh.

At its best social media is an enjoyable and convenient way to maintain contact with friends and family. Much easier to upload a photo with a caption as a status update than going to the trouble of enclosing a holiday snap with a letter and putting it in the post.

But social media also has its dark side. It feeds our desire for the approval of others. Who doesn't like ‘likes’ when they’ve posted a witty remark, or whatever? It can cheapen the idea of friendship. How many of our Facebook ‘friends’ could we really count on in difficult times? Social media depersonalises communication. That can lead to users being more thoughtless and cruel in what they say to others than they would be when speaking face to face. Abusive trolling, and all that. People’s lives have been made a misery by what’s been posted on Facebook or Twitter. Especially younger people.

It’s enough to make you sympathetic towards those who wish to drop out of our high tech society. But issue isn't with modern communication methods. It’s the human heart that’s at fault. The way we use social media is the problem, not the platform. What’s the answer? Yes, those who run Facebook and Twitter can do more to clamp down on abusive users. But above all we need a change of heart. What Jesus offers is not a new set of rules, but a fresh start in life. What's not to like?