Behold Your God: The Living God 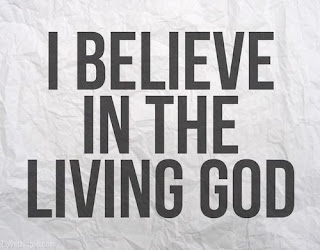 Our God is the living God. Some people say, ‘If God made everything, who made God?’ But that fails to take into account the most fundamental theological distinction: God is the Creator and everything else that exists is his creation. The existence of all other things is derivative and dependent. The Lord God has life in himself. He did not derive his existence from any other source. He is dependent on nothing. God had no beginning and will have no end. He simply exists, Hebrews 11:6. If the one God who is Father, Son and Holy Spirit owed his existence to another being, then that being would be the supreme God than whom none greater can be thought or imagined. We confess, 1 Corinthians 8:5-6.

That God is the Living One with life in himself is revealed in his divine Name disclosed to Moses at the burning bush. That the bush seen by Moses was ablaze, yet not consumed is suggestive of the Lord's self-existence. This was appropriate for the one whose name was revealed to Moses as,  'I AM WHO I AM' (Exodus 3:14), or Yahweh. Pagans believed that gods were fed and sustained by offerings of their worshippers. Not so the Yahweh, Psalm 50:12-15. Acts 14:15, 17:24-25, 19:26-27. God doesn’t need us, or anything from us. We can add nothing to him. He is perfectly fulfilled in the fulness of his divine life as one God who is Father, Son and Holy Spirit.

The Lord is the living God who speaks and saves, Deuteronomy 5:26. He showed himself the living God when arose to defend his outnumbered people and defeated their enemies against all odds, 1 Samuel 17:26, 36. 2 Kings 19:4, 16. The Living God is the object of people’s longing, Psalm 42:2, Jeremiah 2:13. Even Pagans acknowledged Israel’s Lord the living God, Daniel 6:20, 26. The gospel proclaimed by the apostles had this effect, 1 Thessalonians 1:9-10. The atoning work has this end in view, Heb 9:14.

Did not create the universe to satisfy some need in himself, or as fuel for his existence. God is not in a process of becoming that is dependent on the evolution of the universe. He chose to create all things simply to display his wisdom, power, goodness and glory.

Scientists have been unable to unravel the greatest secret of universe, the origin of life. They have probed other planets in search of life, but without success. There are two basic alternatives: either impersonal non-living forces created life, or a personal living God. We believe the living God gives created all things out of nothing and is the giver of life, Genesis 1:11-13, 20-23, 24-25, 26-28, 2:7. The Son of God has life in himself, John 5:26, 1:1-4. God created all things by his Word, through his Spirit: Genesis 1:2, Psalm 104:30. But the life God gives is not like his own self-existent life. All other life comes from him and his upheld by him. Any account that makes God and the world somehow interdependent contradicts the Creator/creature distinction at the hearts of biblical revelation, Isaiah 40:25-26, 28. Romans 11:33-36. Apart from God there is only death. Which is why Genesis 2:17, Romans 5:12.

Behold your God: “God, having all life, glory, goodness, blessedness, in and of Himself, is alone in and unto Himself all-sufficient, not standing in need of any creature which He hath made, nor deriving any glory from them, but only manifesting His own glory in, by, unto, and upon them; He is the alone fountain of all being, of whom, through whom, and to whom are all things.” (Second London Baptist Confession of Faith, 1689, 2:2).

Posted by Guy Davies at 9:21 am No comments:

Email ThisBlogThis!Share to TwitterShare to FacebookShare to Pinterest
Labels: Behold Your God, Theology 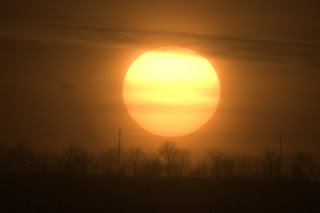 It was certainly a 'long,cold, lonely winter'. Sub zero temperatures for weeks on end. The chilling news of mounting Covid deaths. But now we're well into spring. The trees are in blossom. Bluebells carpet local woodlands. The days are warmer and evenings lighter. Last time I checked the UK had the lowest Covid infection rates in the G7. Here comes the sun. Brighter times are ahead.

In The Lion, the Witch and the Wardrobe C. S. Lewis depicts Narnia under the rule of the White Witch, where it was 'always winter and never Christmas'. Then suddenly the ice begins to melt. Aslan is on the move. In The Chronicles of Narnia the majestic lion is depicted as a Christ-figure. Aslan was willing to die in the place of the traitor, Edmund Pevensey. He then rose again to lead the rebellion against the White Witch’s reign of terror.

C. S. Lewis was drawing on the Bible’s teaching that humanity lies under the wintry reign of sin and death. In the end we all succumb to the tyranny of the grave, whether paupers or princes. But the ice is thawing and new life is springing forth. Here comes the Son. Of Jesus it was written:

“the sunrise shall visit us from on high
to give light to those who sit in darkness
and in the shadow of death,
to guide our feet into the way of peace.”
*For May edition of local magazines/newspapers.
Posted by Guy Davies at 4:13 pm No comments: