The defence of Hodge at Helm's Deep 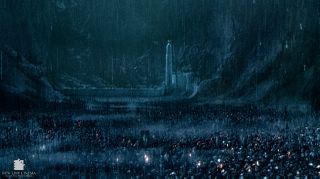 The 19th Century Princeton Theologian, Charles Hodge, has come in for a fair amount of criticism of late. He has become something of a theological whipping boy for fashionable post-conservative types. Kevin Vanhoozer takes issue with his theological method in The Drama of Doctrine. He labels Hodge's approach as "Cognitive-Propositional Theology". Vanhoozer has some rather harsh words to say about Hodge's Systematic Theology:
.
"Cognitive-propositionalist theology risks deflecting doctrine from the proper role of drawing us into the drama by turning it into an ossified, formulaic knowledge that will either wilt on the vine or, on another plausible scenario, be used as a shibbolethic instrument of power". (p. 88)
.
Over at Reformation 21, in his delightfully named column Helm's Deep, Paul Helm leaps to Hodge's defence. He manfully engages with Vanhoozer's criticisms of the great Princetonian HERE
Posted by Guy Davies at 8:06 pm

Don't you hate the way Vanhoozer makes up hugely over-complicated words... "Cognitive-Propositional Theology"... no need Kevin... no need at all

I suppose that with Vanhoozer as your surname, you kind of get used to big words from an early age. If he was called Kevin Smith, he probably wouldn't be half so trendy or use such over-complicated words.

That's just my epistemological supposition by the way, not a cognitive proposition, you'll be releived to hear. ;-)