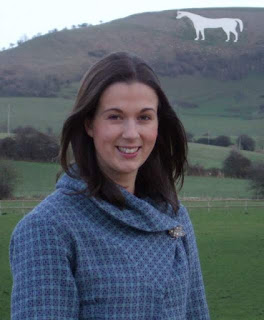 Rebecca Rennison
Introduction
With the General Election on 6th May looming I thought it would be good to quiz the candidates from the three main political parties standing in the South West Wiltshire Constituency; Conservative, Liberal Democrat and Labour. The idea is to enable Christians and others who might be interested in the matters discussed here to make an informed choice at the ballot box. As with the wider electorate Christian believers will want to engage with a broad range of political and social issues. I expect that in this General Election campaign certain areas will be given extensive media coverage: How the parties propose to cut the national debt without harming essential public services like health and education, law and order, the overly intrusive CCTV State, cleaning up politics in the wake of the expenses scandal, the conduct of the war in Afghanistan, and so on. No doubt all these matters and more will also be discussed in the televised Prime Ministerial Debates.
In this questionnaire I have chosen mainly to focus on issues that are of special concern to Christians. We believe that marriage is the bedrock of a strong society and that human life should be respected and valued from womb to tomb. Recent legislation has had an adverse effect on Christian believers in this country. Christian adoption agencies have been forced to close for refusing to offer children to homosexual couples. Christian registrars have lost their jobs for asking to be exempted from presiding at Civil Partnerships. See here for a recent BBC documentary by Nicky Campbell which asks, Are Christians Being Persecuted? (Available until Sunday 11th April). With these concerns in mind, I put the following questions to the Labour candidate for Westbury, Rebecca Rennison:
Q & A
1. Do you believe that Christian values have a beneficial role to play in contemporary society?
A. Those values that underpin all major religions - love, kindness and support for others - certainly have a key role to play in society.
2. Do you believe that marriage is for a man and a woman alone and that it is the duty of the State to do all it can to strengthen and encourage the institution of marriage?
A. I believe that marriage is between two loving individuals, regardless of gender.
3. Do you accept that people who believe that heterosexual marriage is the only proper context for a sexual expression should be free to say so without falling foul of the law or loosing their jobs?
A. I believe in freedom of speech but this needs to be balanced with protecting others from discrimination.
4. Do you believe that churches should be free only to employ people whose beliefs and lifestyle are in accordance with Christian teaching?
A. Given that there are so many interpretations of Christian teaching I don't feel that I can answer this question.


5. Should school governors be given discretion over the contents of sex education lessons and should the concerns of parents be taken into account when deciding what children are taught?
A. Every child needs to be empowered to make the right choices when it comes to sex and schools must balance the wishes of parents with the needs of the child.
6. Do you believe that the law on abortion is too lax, too restrictive or about right?
A. I feel that the current law is about right.
7. Do you think that the law on euthanasia should be changed?
A. Personally, I am undecided on this.
8. Given the closure of the Westbury Hospital and the mooted closure of the Westbury Swimming Pool, what more can be done to promote the health and wellbeing of the people of this town?
A. Put simply, we have to do everything we can to ensure Westbury Pool stays open - we have a page on our local Labour Party website about this (http://www.southwestwiltslabour.co.uk/)
9. How does your Party propose to protect the environment both at the local and international level?
A. Labour has put in place a new legal framework, the 2008 Climate Change Act, which puts into law our targets to cut greenhouse gas emissions by 34 per cent (on 1990 levels) by 2020, and by 80 per cent by 2050. And we are greening our energy system, with new policies to incentivise clean technologies such as energy efficiency, renewables, nuclear, carbon capture and storage and electric vehicles.
I personally take tackling climate change extremely seriously - we can already see the tragic results of climate change and in my lifetime this is going to get significantly worse. I believe that more needs to be done to enforce international targets whilst being sympathetic to developing economies. I also feel that more needs to be done to enable people to make informed choices. Personally I avoid flying, try to buy local produce and cycle to work as simple steps I can take as an individual and we need to do more to empower people to make these choices - for example, I think those supermarkets who have voluntarily begun listing the shipping method of their produce should be commended.
10. Is British society broken, and if so how does your Party hope fix it?
A. I don't believe British Society is broken and I get frustrated at politicians who incite this negativity, personally I am very proud of Britain and the British people.
11. Why should the people of Westbury give you their votes at this General Election?
A. People in Wiltshire should vote for the politician who most closely represents their own views and values.
Thanks for taking the time to answer these questions, Rebecca.
Posted by Guy Davies at 8:00 am

Hi Guy,
This is a GREAT idea for a series of blog posts - I've really enjoyed reading through them, and might with your permission poach the idea for Double Usefulness (which is about to come out of retirement again) and interview some Northern Ireland candidates.

I think the weakest of the answers in these interviews is this one with Rebecca. The previous two did at least give a sense of conviction on faith issues (even if I didn't agree with them).

Excellent stuff. Thanks for posting it.

Thanks Andrew. You may certainly "poach" the idea for your blog. Isn't that what they call "double usefulness"?

I didn't think that there was any point in asking them about the economy & stuff as that kind of thing will be discussed in the national media. But maybe I should have asked about how their parties propose to encourage more fair trade or something so the Q&A wasn't so dominated by life, marriage and freedom of conscience issues, important though they are.

Ms Rennison has given answers that say little but do demonstrate a lack of understanding of the long term difficulties that children now have to go through as a result of misguided social engineering and open door immigration. Very sad.

I think that this is an excellent idea, but was a little surprised that you only contacted the candidates from the three main parties.

Was there any particular reason that you decided not to contact the other two candidates?