Faith in The Times 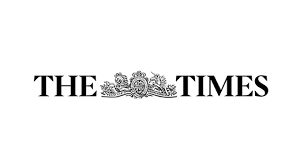 One thing I enjoy doing of a Saturday morning is to have a good read through The Times. I was interested to see a number of faith-related stories in last Saturday's edition. Much attention has been given to the assassination of JFK fifty years ago, but it's not so well known that on the same day Lee Harvey Oswald gunned down the President, two prominent literary figures also shuffled off this mortal coil (here p. 28 - paywall protected). One, Aldoux Huxley, writer of the dystopian  novel, Brave New World, passed from this life to the next in a haze of LSD. The other was C. S. Lewis, Christian apologist and author of the Chronicles of Narnia. Huxley is almost a forgotten figure, while Lewis' stock has rarely been higher. His books continue to sell in droves and have been turned into big budget movies. A memorial to Lewis was recently unveiled in Poets Corner, Westminster Abbey. It features his words, “I believe in Christianity as I believe that the sun has risen: not only because I see it, but because by it I see everything else.” A fascinating BBC radio programme juxtaposes the two literary figures, Brave New World.

Next, Matthew Parris devoted his opinion piece to discussing the thought that 'Christianity opens minds. Even to atheism' (here-p 23). His main thought was that the Christian faith is a quest for truth and meaning. It has the ability free people from their cultural baggage empower them to stand up for what they believe is right and good. Although a self-confessed atheist, Parris distances himself from Dawkins here, who tends to dismiss all religions as evil and oppressive. Christianity sharpens its followers appetite for meaning opines the columnist and in doing so gives the individual the opportunity to choose to reject God. The strange thing is that for C. S. Lewis it was the other way round. What the author witnessed of the horrors of World War I only served to confirm his unbelief. But he came to realise that his anger at injustice and cruelty in the world was a tacit acknowledgement of an objective standards of goodness, namely the Christian God. He was the light by which he saw the darkness against which he railed .

The quest for meaning and truth only makes sense if we presuppose that God is there and he has revealed himself to us as his human image bearers. Without that assumption there is no objective standard of right and wrong and no ultimate meaning or purpose in life. If morality is the product of 'evolutionary psychology' or a mere social construct, then moral absolutes cannot be upheld with any conviction. On what objective basis does Dawkins rail against the evils perpetrated in the name of religion? Who decides whether it is more moral to crash aeroplanes into the World Trade Center, or discover the cure for cancer?  In rejecting Christianity, atheists turn their backs on meaning and purpose in life and render the quest for truth and goodness pointless. Christianity opens minds because it points people to God the Father through Jesus the Son by the presence and power of the Spirit of truth. Atheism is a dead end.

I usually skip Janice Turner's Saturday column. There is only so much whinging feminism a man can take on his day off. But the headline accompanying this week's piece had me intrigued. 'Labour has forgotten that vice causes poverty: The Co-op should its Methodist roots that inspired the fight against drink, gambling and addiction' (here p. 25). Turner could easily have used her column to lampoon Paul Flowers, the 'Crystal Methodist' Minister and former Chairman of the Co-op Bank. Rather she makes the serious point that the Co-op and the British Labour movement as a whole has drifted too far from its original Methodist heritage. Harold Wilson once said that 'The Labour Party owes more to Methodism than to Marx'. Wesley urged his followers, 'Make all you can, save all you can, give all you can.' That kind of responsible, yet generous attitude to wealth led to the founding of co-operative societies. The old Methodist approach to finance was far better than the New Labour variety, which, according to Turner was, 'Borrow all you can, gamble all you can, lose all you can'. But vice does't pay, as the unfortunate Mr. Flowers has found out to his cost.
Posted by Guy Davies at 9:24 pm