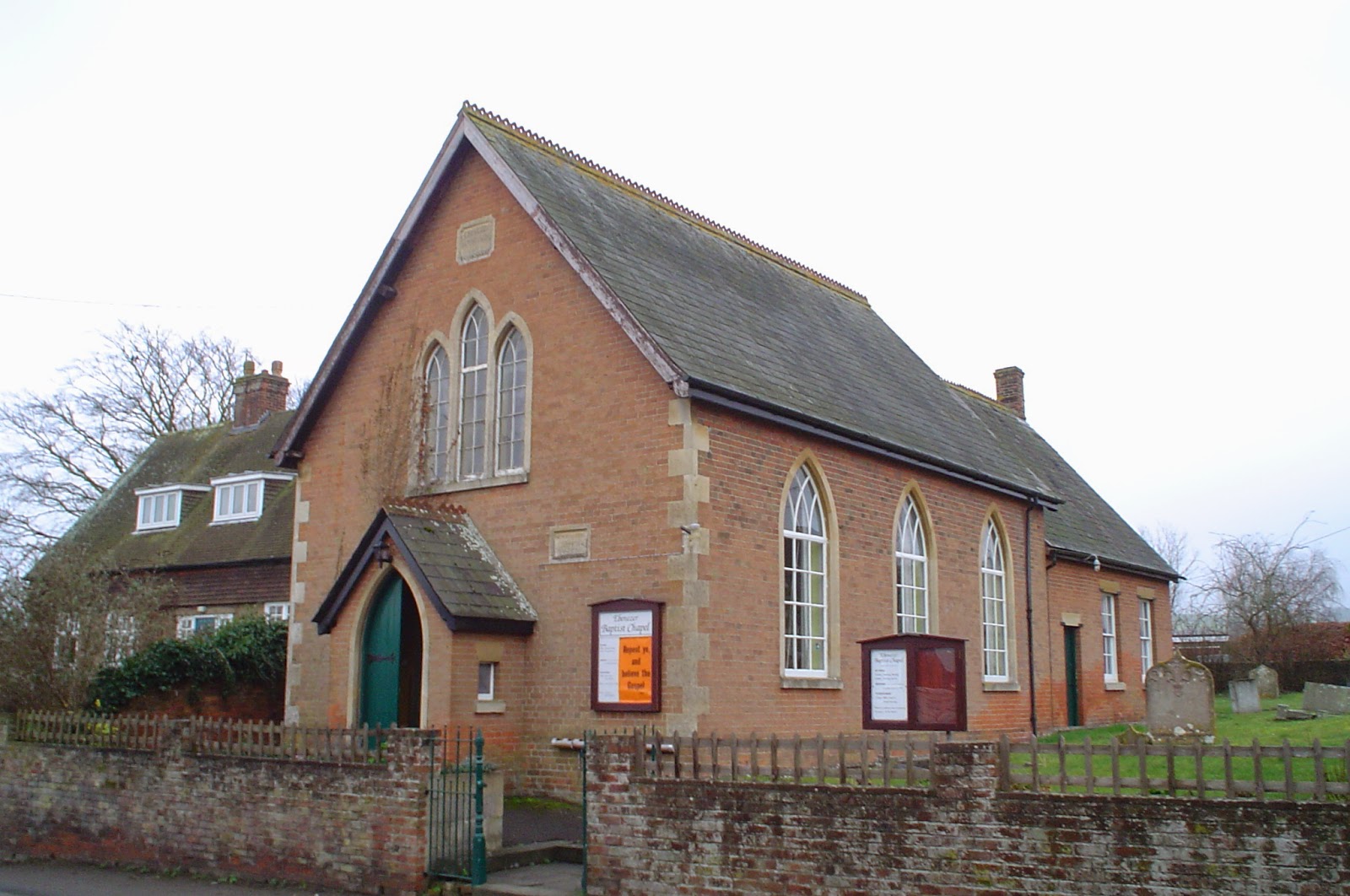 Over the weekend we celebrated the 175th anniversary of the founding of Ebenezer Baptist Church, where I am joint-pastor. The original Chapel that housed the church was built in 1839 with chalk blocks hewn from the local hills and was reconstructed in 1895, using red brick. But the Baptist cause in West Lavington can be traced back to the middle of the 18th century and the labours of David Saunders, the ‘Shepherd of Salisbury Plain’. Local historian Andrew Jones wrote a short history of the church to mark the occasion.

In this anniversary year it was fitting that we paused to thank God for his goodness to this congregation since it began right up until the present day. The name ‘Ebenezer’ is taken from 1 Samuel 7:12. After the overthrow of the Philistines the prophet Samuel set up a stone and called it ‘Ebenezer’ meaning ‘a stone of help’, saying, “Thus far the Lord has helped us.”

Our guest preacher for the Saturday and Sunday services was Bernard Lewis, Minister of Emmanuel Evangelical Church, Newport and LTS old boy. Bernard's passionate, gospel-centred ministry was an encouragement and challenge to us all. It was also good to have friends from other fellowships join us, especially on the Saturday, when the service was followed by a traditional 'Chapel Tea'.

Like Samuel of old we can say, ‘thus far the Lord has helped us’ and we believe that he will continue to do so as we trust in him. Much has changed since Ebenezer Baptist Church first came into being, but the Bible assures us that “Jesus Christ is the same yesterday, today, and for ever.” (Hebrews 13:8). We continue to serve him and proclaim his saving name to the people of the West Lavington area.
Posted by Guy Davies at 8:00 am