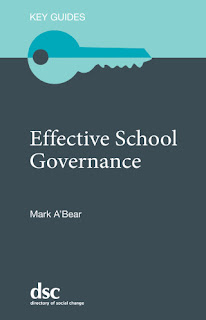 Very few people know exactly what they are letting themselves in for when they join a school governing board. I certainly didn't.

Whatever your preconceptions may be, you'll find that it isn't quite as you imagined. Your admirable desire to 'make a difference' will have to be channeled through the appropriate decision making processes.

You may have skills that could be of use to the board, but knowing how to apply them in the context of governance is another matter. For example, the role of a governor with accountancy expertise isn't to do the school accounts. That's the business manager's job. But your background may help you enhance the board's ability to ensure value for money is achieved in the use of school funds. Hopefully, anyway.

The same applies whatever one's work experience or skill set. Governors aren't there to do stuff, but to decide what important stuff needs doing and ensure that it's done well. In the jargon, governance is a strategic, not operational role.

If you don't fancy that, go and do something else.

Mark A'Bear would agree. He even has a chapter on 'When should you not become a governor?' But there are many good reason for becoming one, and those who do should want to maximise their effectiveness.

Good governance makes a difference by giving a school a clear sense of direction, and then making sure it is making progress towards the direction that has been set.

It's all about vision and strategy.

Simples. But how do you go about creating a compelling vision for a school, how may governors contribute to the strategy devised to make that vision a reality, and how can they tell if the vision is being achieved?

That's where A'Bear's book comes in. He breaks down the essentials of governance into their component parts, chapter by chapter, and puts them all back together again at the end. A bit like James May does on the telly with Hornby train sets, or electric guitars, but in this case the author is working with the concepts and procedures of school governance.

All the key parts are here, including who should govern, stakeholder engagement, operating strategically, establishing accountability, governance structures, the roles of the chair and clerk, Ofsted preparation, and more besides.

A'Bear writes in a  clear, crisp and accessible way that will not leave new recruits to the world of governance scratching their heads. More experienced colleagues will find his guide a useful primer and source of best practice.

The recent Ofsted survey report, 'Improving Governance' suggested that lack of self evaluation is a common feature of weak governance. This book is a self evaluation aid in itself and contains some of the key documents that have been produced to help governing boards evaluate their effectiveness. Such as the APPG's 20 questions for governing boards and an equivalent 21 questions for MAT boards (Appendix V). Governors would do well to use the material in this book to help them reflect critically on how their own systems of governance measure up. If we don't, Ofsted certainly will next time they come a-knocking.

A'Bear has governed in both primary and secondary sectors, but those involved in governance at secondary level will notice some gaps in his coverage. For example, newly appointed secondary colleagues could probably do with having things like Attainment 8, Progress 8, EBacc, and Sixth Form accountability measures included in the glossary alongside info on SATs and Sports Premium Funding. Can't have it all, I suppose. Maybe such lacunae can be made good in a second edition?

As the author acknowledges, it isn't easy to keep up with the rapidly changing world of education in England. He does his best to ensure that his treatment is up to date, addressing both the LA maintained and academy sectors. He also has a word or two to say about the shiny new world of multi academy trusts (MATs). Greater attention is given to governance in the maintained sector, however, with details provided of the different categories of governor in LA schools that don't apply in academies. Little is said about the roles of members, trustees and local governors in a MAT. The main functions of governance apply whatever the type of school, but more academy-specific information wouldn't have gone amiss.

Speaking of academies, it's no good boards of maintained schools burying their heads in the sand and hoping that full academisation isn't going to happen. It is, eventually. Like it, or not. A key question for governors of LA schools is whether they will take the initiative and form a MAT with other like-minded local schools, or wait until they have to join an already established one to avoid being left high and dry. It would have been useful had A'Bear given some guidance to schools in making that choice, or at least flagged up the excellent materials provided by the National Governors' Association created to help governors make informed decisions regarding academisation options - see here and here (subscribers only). According to the Department for Education, 97% of schools converting to academies in the last couple of years have joined MATs (see here).

It is sometimes feared that the ascent of MATs will lead to the demise of governance at the individual school level. In some large MATs local governance has been removed altogether, or  reduced to functioning as little more than focus groups.

That need not happen, however, and a good case can be made for maintaining a tier of  local governance in MATs. The MAT board is ultimately responsible for the governance of its schools, but I believe local governing boards (LGBs) still have a role to play in exercising the core functions of governance at individual school level. They should  champion the distinctive vision and ethos of their school and  scrutinise its performance data with a forensic thoroughness that would not be possible at MAT board level. Especially if the MAT grows to accommodate numerous academies.

Admittedly, if local governance has become dysfunctional or ineffective, the MAT board will have to step in to turn things around, but otherwise a good measure of 'earned autonomy' should be the order of the day.

Aside from anything else, it seems strategically flawed and short termist for MATs to abolish LGBs, not have them in the first place, or deprive them of core functions. The founding boards of many locally based Community MATs were largely drawn from their member schools' old governing bodies. Where are successors to members and trustees on MAT boards going to come from in the future, if not from the ranks of local governors who have cut their teeth at that level?

When considering joining or forming a MAT, existing governing boards should pay careful attention to the extent to which they will still be exercising core functions of governance set out by A'Bear within the MAT structure. Being abolished, or reduced to a glorified focus group shouldn't cut it. But boards should be open to the enhanced development opportunities that are part and parcel of belonging to a MAT. Among them: deeper collaboration with other schools, sharing best practice and achieving economies of scale. The economies of scale bit will become increasingly important as the impact of a 3 billion pound shortfall in education funding is felt by schools. As reported by the National Audit Office (see here).

A'Bear's Effective School Governance lacks the political dimension present in its nearest equivalent on the market, Improving School Governance by Nigel Gann (Routledge, 2016). The latter title could almost be styled A Guardian Reader's Guide to Governance. You won't find a critique of Thatcherite educational neoliberalism and its deleterious effects on schooling in A'Bear's volume. Both books cover similar ground when it comes to the practicalities. Gann is stronger on the history of school governance. But I'd probably want to place Effective School Governance into the hands of a new colleague ahead of Gann's lengthier work.

Educational structures in England are in a state of flux at the moment and school governance is being shaken up as the system moves towards wholescale academisaion. This timely book is a reminder that good governance makes a difference and sets out exactly what that looks like in practice. Let's ensure for the sake of our pupils' education that school governance at all levels is as powerfully effective as it can be. That's certainly one of the things that needs to happen if we are going to construct a school led system in which every child exceeds their expected potential.

* I am grateful to the publishers for providing a complementary review copy.
Posted by Guy Davies at 1:10 pm