The Trinity: order, persons, nature and will 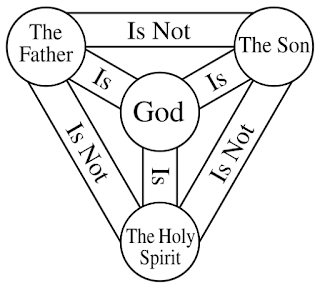 The incarnate Christ has two wills. Each proper to his divine and human natures. If will were a property of persons, he would only have one will, for Christ is not two persons, but one person with two natures.

Since will is a property of nature, the three persons of the Trinity share one will, as they share one nature. It is therefore inappropriate to speak of the Son eternally submitting to the Father's will.

The Son together with the Father and the Holy Spirit is the electing God. The Son is also the Elect One, appointed by the Trinity as Mediator between God and humanity. Plus the Son is the One in whom God's people were elected for salvation before the foundation of the world.

As God is one and each person indwells the other, the external actions of the Trinity are undivided. All three persons were fully involved in the work of redemption, while only the Son became incarnate, suffered, died for our sins, rose again and ascended into heaven.

It was singularly appropriate that the Son rather than the Father, or the Spirit became man. The Son is the image of the invisible God, while human beings are made in the image of God. The Word is the eternal Son of God, while Adam is the created son of God.

The economic Trinity does not exhaust the ontological Trinity, but 'God for us' truly communicates 'God in himself'. Otherwise we are left with a hidden and unknowable deity. It was reflective of the order of persons in the Trinity that the Father sent the Son into the world and that the Spirit proceeds to us from the Father through the Son.

Herman Bavink says as much, having made the point that in the economy of redemption,  'The Father came without being sent, the Son came having been sent by the Father, and the Holy Spirit came because he was sent by both the Father and the Son.' The theologian then posits,

What got me thinking on this was dipping into 'The Son Who Learned Obedience' by Glenn Butner. Only £7.59 on Kindle. The generous sample includes the intro and a good chunk of Chaper 1.
Posted by Guy Davies at 6:53 pm