The Care of Souls: Cultivating a Pastor's Heart, by Harold L. Senkbeil 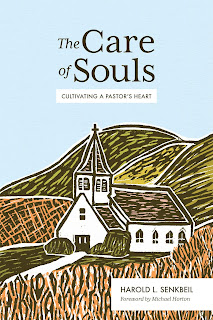 Kindle edition, 2019
Some serious cases of pastoral abuse came to light in 2020. In February it was reported that Steve Timmis was removed from his role as Acts29 CEO following allegations of abusive leadership from members of staff. Acts29 President Matt Chandler announced, “For where we’re headed next, we needed to transition Steve out of this role.” 29 members of staff at Acts29 made written complaints about Timmis’ leadership style. They were dismissed from their jobs and forced to sigh NDAs to obtain severance packages.

Timmis also faced accusations of pastoral abuse in relation to his leadership role in The Crowded House Church, Sheffield. Reportedly Timmis sought to mentor and disciple his flock into a church that operated “24/7” and spanned all areas of life. A family was confronted by Timmins for not attending an impromptu church barbecue. Melvyn Tinker stopped working with Timmins over concerns about his controlling leadership style,  “If Steve is challenged in any way, which he always takes as a threat, then the tables are turned and the challenger is made out to be the one at fault,” said Tinker, who saw the same pushback emerge during the decade his son, Michael, was a member of Timmis’ church. “This is classic manipulation.” (Christian Today).

Following these allegations Timmis stepped back from leadership of The Crowded House Church. In April 2020 it was announced that The Crowded House has commissioned Thirtyone:eight to undertake an Independent Learning Review concerning the leadership of Church. They invited anyone who had been harmed by the leadership of the church to express this and for their experiences to be heard and considered. The review has now been published so lessons can be learned by the wider church community, see here. The Crowded House accepted the findings of the review, which found "evidence of a pattern of coercive and controlling behaviour in the name of our Christian vision and ministry" here.

Why bring all this up in a book review? I certainly don't have an axe to grind when it comes to Steve Timmis and The Crowded House. He is but one example of pastoral malpractice in the Evangelical world, Yet men like Timmis and Mark Driscoll are often lionised within Evangelicalism as just the kind of leaders the church needs in the 21st Century. They embody a dynamic entrepreneurial leadership model that gets things done and quickly. 'Move fast and break things' is the motto of Facebook founder Mark Zuckerberg, but pastors are in the business of people, not things. Leaving a trail of broken people in our wake is not a price worth paying to make our church leadership vision a reality.

This emphasis just outlined has led to a subtle change in the the the way people describe Christian ministry. Talk of pastors, elders and deacons has been supplanted by ‘church leaders’, or the ‘church leadership team’. Business models of leadership have been appropriated. But we are not to model ourselves on highly driven bully-bosses like Steve Jobs. Our model is the Chief Shepherd of the sheep, who is meek and lowly in heart. Someone can be  a great communicator and well-regarded preacher. They are certainly ‘able to teach’. But the biblical qualities required for overseers focus more on character than communicative gifts, 1 Timothy 3:1-3, Titus 1:7.

We need to get back to classic model of pastoral ministry; the cure of sin-broken souls through prayer, ministry of the word and the sacraments. Which is where The Cure of Souls: Cultivating a Pastor's Heart comes in. Senkbiel is a veteran Lutheran pastor with many decades of ministry experience. Brought up on a farm  the writer observes that a farmer will become so attuned to the rhythms of sowing and reaping and the needs of his livestock that they shape his habit of mind, his very character. The farmer knows that nature won't be rushed, Cultivating crops and  rearing animals takes time and attentive care.

It's the same with pastoral work. Patience and watchfulness are essential elements of what the writer calls a 'pastoral habitus'. A man does not enter pastoral ministry with a fully formed habitus. We become pastors by being pastors. A pastor is a servant of Jesus, a steward of mysteries of the gospel. The Lord is pleased to work through tools he places in our hands by his Spirit; word and sacrament. It is through the ministry of word and sacrament that we give hope to the dying, comfort to the bereaved, and counsel to people in their struggles with temptation and sin.

The work requires prayer, patience, attentive diagnosis of spiritual ailments and the wise application of scripturally prescribed cures. We are to approach the task with a sense of insufficiency. Our personal stores of drive, charisma, charm can't make people into fruitful disciples of Christ. We must minister in power of Jesus. He can change people, we cannot.

Acting as if that is not the case is practical Pelagianism. We can't make our people into more faithful Christians by forcing them to conform to our rules and expectations. We will end up leading by guilt trip, not pastoring by grace.  It is sadly possible for us to be be Calvinists in our studies, but Pelagians in pastoral practice. As the author points out, “To make pastors you need the person and power of the Holy Spirit who forms and shapes men inwardly to be fit vessels for the treasures of God’s transcendent and transforming gifts in his gospel and sacraments.”

The emphasis on gentleness and patience in ministry is biblical enough, 2 Timothy 2:24-26. But this does not mean that for Senkbeil it's a matter of 'there, there, never mind' sentimentality. There is a an uncompromising toughness to his approach. The writer knows that gospel ministry is a conflict zone for which pastors need to don the whole armour of God. People in our care who are consumed with guilt and shame do not need a pat on the head, but the truth of justification by faith alone applied to their souls. Believers whose lives have been ruined by toxic relationships and addictive tendencies need to be brought to see the good news that God is transforming them into the holy people he wants them to be.

If pastors are to minister to others, we first need to learn how to meditate upon and apply the word of God to ourselves. Senkbeil gives some practical advice on how to do that, as well as on how to sustain a life of God-dependent prayer. Given the unique privileges and burdens of pastoral ministry the writer recommends that pastors seek out a brother minister who can hold them to account and to whom they can unburden the souls.

I said the author is a Lutheran minister. Some aspects of his approach were not to the liking of this Grace Baptist pastor. I wouldn't go along with his use of crucifixes, images of Christ, and so on. That kind of thing tends to freak me out a bit, but there are many good things here that will help us cultivate a stronger pastoral habitus. The classical model of gospel ministry commended in these pages by Senkbiel serves as a necessary corrective to dynamic entrepreneurial styles of church leadership that have sometimes had a toxic effect on Christ's flock. He is the Great Shepherd of the sheep. Pastors are but sheepdogs.

Consider this picture of the relationship between a sheepdog and shepherd as a vivid illustration of the bond between a pastor and the Good Shepherd who has enlisted him in service to his sheep. The sheepdog is iconic of a faithful pastor’s work: one ear tuned to the voice of the Great Shepherd, the other tuned attentively to the sheep.