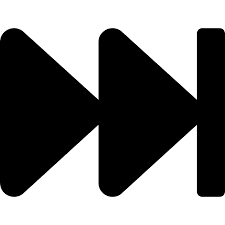 I’m old enough to remember life before music could be downloaded or streamed. I can even remember when CDs were a novelty, rather than old hat. Apart from a few cassettes most of my teenage music purchases were on vinyl and had to be played on a record player. Records had two sizes and speeds. Albums had to be played on 33rpm, singles on 45rpm. If you forgot to flip the switch from 45rpm when listening to an album it would play at high speed and at a higher pitch than was intended. You could produce the same effect by pressing the ‘play’ and ‘fast forward’ buttons at the same time on a cassette player. That was our idea of fun in the 1970’s and 80s. We didn’t have TikTok and stuff back then.

Right now it seems like the album of history is being played at 45rpm. It’s a pain if you have to submit a monthly article like this one, which sometimes includes comment on current affairs. As I write this just before the deadline, Kwasi Kwarteng has been sacked as Chancellor and Jeremy Hunt has been appointed in his place. Prime Minister Liz Truss has vowed to carry on, but who knows who’ll be PM by the time you read this in November? In September Boris Johnson stood down, Liz Truss took over and then the Queen died. Now we’re all having to get used to singing, ‘God save our gracious King’. It’s all happening too fast.

It’s much better when history proceeds at a glacial pace and nothing much seems to be going on. But time is hurtling by at a dizzying speed. The key thing is to have the wisdom to know what do to with the brief span allotted to us. We live in a day of great gospel opportunity. God has sent his Son the Lord Jesus to die for our sins and rise again from the dead. Jesus now calls us to put our faith in him that we may be forgiven and have the hope of eternal life. History seems to be stuck on fast forward. In the words of the old hymn, ‘swift to its close ebbs out life’s little day’. So, hurry up and wait for what’s worth waiting for. Seek the Lord while he may be found; call upon him while he is near.