All Watched Over by Machines of Loving Grace 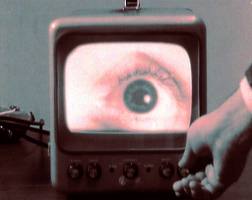 Tuesday evening saw the broadcast of the last of three programmes in the excellent BBC2 series, All Watched Over by Machines of Loving Grace. If you are based in the UK you can catch up with the series here. The programmes explore the idea that machines have been allowed to take over the modern world, with disastrous consequences.
The first film, Love and Power Adam Curtis explores Ayn Rand's proposal that if people were allowed to give expression to their selfish desires, then society would organise itself without the need for formal political power. Distrusted politicians would soon find themselves out of a job. The advent of computer technology led to Rand's ideas on a self-organising society being applied to the wider world. In terms of the economy, it was thought by Alan Greenspan and others that computers would allow the financial system to correct itself, leading to and end of boom and bust. Then the credit crunch happened. The only people who seemed to benefit when it all went wrong were the bankers who caused the problem in the first place.
Next, in The Use and Abuse of Vegetational Concepts, Curtis critiques idea of nature as terms of a self-regulating ecosystem. Theorists mistakenly applied the mechanical concept of equilibrium to "spaceship earth" in an endeavour to respond to the environmental crisis. Hippies latched on to this notion and gathered themselves into non-hierarchical communes. They hoped that with the aid of machines, man and nature could live together in harmony, "all watched over by machines of loving grace". But every singly one of their experimental communities failed. Dominant individuals began to rule the roost. The "self-regulating" communes allowed for no checks and balances to curb the worst excesses of human nature.
Further research demonstrated that the idea that the natural world spontaneously moves towards equilibrium was a myth. Nature exists in a constant state of flux. Dire predictions of environmental catastrophe were based on a mechanical model of nature in which human beings were mere "nodes" in the ecosystem. No account was taken of the fact that human beings can change the system by choosing to act differently on a personal and political level.
The final programme, The Monkey in the Machine and the Machine in the Monkey the documentary maker explores the impact of a new view of humanity in which human beings are depicted as little more than gene replicating machines. This idea was developed by scientists George Price and Bill Hamilton and popularised by Richard Dawkins in his book, The Selfish Gene. Price couldn't live with the implications of his theory. He converted to an extreme form of Christianity, devoting his life to helping down and outs in an attempt to show that he was not a prisoner of his selfish genes. Hamilton followed his ideas through to their logical conclusion and advocated eugenics. He  argued that the sick should be left to die in order that inferior DNA be weeded out from the human gene pool.

The film charts the development of these theories against the backdrop of catastrophic post-colonial policies in Rwanda that saw millions die in tribal conflicts. Conflicts made worse by the plundering of Africa's mineral wealth in order to manufacture gaming consoles for western consumers. Curtis posits that seeing ourselves as deterministic computer-like gene replicators  is a way of avoiding our responsibility to try and change the world for the better. We have become machines without loving grace.
All Watched Over by Machines of Loving Grace made for unusually intelligent and thought-provoking television. Some aspects of Curtis' case might no doubt be called into question. But his key thesis concerning the dire results of seeing human beings as little more than cogs in a global system is a timely wake up call for western culture. See here for an interview with Adam Curtis in The Guardian, where he discusses  his TV series. In the next post I hope to reflect on some of the issues raised by the programmes from a Christian perspective.
Posted by Guy Davies at 5:23 pm

Wow these are interesting. I'm going to have to watch these at least once more.

I'm looking forward to reading your thoughts, I have so many swimming around in my head. One of which is whether even as I type this I am contributing to an ant-Christian 'system'!

The frightening thing from the first programme is just how influential a small 'collective' turned out to be!

Thought this was a good analysis especially of the second programme.