The drama of creation 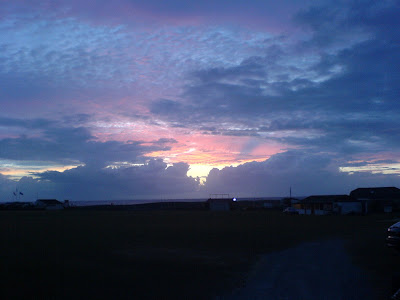 In a previous post, I considered the wonder of creation (here). Now I would like to reflect on the drama of creation.
Creation
Because the biblical doctrine is apparently threatened by evolution, we seem to spend much of our time defending the Bible's account of creation rather than appreciating its theological significance. The biblical doctrine is announced in the most startling way right at the start of God's Word, "In the beginning God created". No apologetics, no arguments - just an assertion that God created. This reminds us that we understand creation by faith, "By faith we understand that the universe was created by the word of God, so that what is seen was not made out of things that are visible." (Hebrews 11:3). We should believe in intelligent design because God has revealed himself as an intelligent designer. Starting with design and then reasoning up to God is not the biblical method. Only when we begin with God does the universe make sense.

The Bible is God's dramatic self-revelation. God himself is the primary actor in this drama. His first act was to speak the universe into being. The universe then becomes, as Calvin put it, "the theatre in which God displays his glory" (Institutes 1:6:2, 2:6:1. Vanhoozer was not the first theodramatist!). If creation is abstracted from the Bible's story for the sake of apologetics, then it is dedramatised, cut off from the great drama of creation, redemption and re-creation.

God's good creation was ruined and cursed as a result of the fall of man into sin (Genesis 3:17-19). The effect of the fall upon creation has to be borne in mind. Man no longer lives in harmony with his Maker. In fact, he is a rebel, dead in trespasses and sins. In his fallenness, he would rather worship anything other than the Creator. A sense of God has not been lost altogether, but that sense is suppressed, and ignored. God still addresses man through creation, but man in sin cannot and will not listen. The created environment has been deeply affected by the fall. Creation is subject to entropy and decay on a universal scale (Romans 8:20). As far as earth is concerned, this present evil age is characterised by natural disaster, disease and death. A vivid example of this can be seen in the floods that have devastated parts of England in recent days. Given all this, the arguments from design can only take us so far. Nature is now "red in tooth and claw". The world is not as it was originally made by God. If we argue from creation in its present state up to a Creator, then we have to say that he made the wasp to sting children at play and the cancer cells that rob people of their lives. There is still enough of God's goodness in creation to testify to his existence, power and care, but that is not the whole story. Even Psalm 104 recognises that creation, resplendent as it is with the glory of God, is marred by the presence of sin, "May sinners be consumed from the earth, and the wicked be no more." (vs. 34). An apologetic that wrests God's creative activity from the drama of the biblical story of creation, fall and redemption is deeply flawed. In terms of Paley's "watch", the timepiece was perfectly designed and constructed, but now it is broken. It still ticks away, but the face has been smashed and the casing is badly damaged. How it was broken and how it can be fixed is a matter not for arguments from design, but the biblical revelation of God's saving purposes in Christ.

God's gracious response to the fall was to announce that a "seed of the woman" will bruise the "serpent's head" (Genesis 3:15). The Creator proclaimed the good news of redemption from sin and its devastating effects. This "seed promise" is central to the Old Testament plot-line. This is made especially clear in the covenant that God made with Abraham, that in his "seed" all nations of the earth will be blessed (Genesis 22:18 cf Galatians 3:16). The covenant is God's dramatic solution to the problem of a sin-cursed creation. The promise of a "seed" from Abraham's line is further narrowed down to a descendant of king David (2 Samuel 7:12&13).

These covenant promises were dramatically fulfilled in Jesus Christ. He was the "seed" of the woman, the "seed" of Abraham and the "seed" of David (Galatians 4:4, 3:16, Romans 1:3 & 4). He is also the One through whom all things were made. In him, the Creator took a created human nature that he might redeem his creation. He bore the curse of a broken law on the cross so that the blessing promised to Abraham might be experienced by all who believe in him (Galatians 3:13 & 14). The themes of creation, ruin, redemption and re-creation are tightly linked together in Paul's Epistle to the Colossians. Notice that the creation, not just individual human beings are the subject of Christ's redemptive activity,
"He is the image of the invisible God, the firstborn of all creation. For by him all things were created, in heaven and on earth, visible and invisible, whether thrones or dominions or rulers or authorities—all things were created through him and for him. And he is before all things, and in him all things hold together. And he is the head of the body, the church. He is the beginning, the firstborn from the dead, that in everything he might be preeminent. For in him all the fullness of God was pleased to dwell, and through him to reconcile to himself all things, whether on earth or in heaven, making peace by the blood of his cross". (Colossians 1:15-20).
Jesus' resurrection from the dead was the pledge of a new creation. He will transform the bodies of believers that they may be conformed to his glorious body, "according to the working by which he is able to subdue all things to himself." (Philippians 3:21).
Re-creation

The God who created the universe at the beginning has acted to restore his creation through Christ. Note that Paul deliberately echoes Genesis 1,

"For God, who said, "Let light shine out of darkness,' has shone in our hearts to give the light of the knowledge of the glory of God in the face of Jesus Christ." (2 Corinthians 4:6)
Those who are united to Christ by faith are part of God's new creation,
"Therefore, if anyone is in Christ, he is a new creation. The old has passed away; behold, the new has come." (2 Corinthians 5:17)
This gives the Christian life an eschatological aspect. Believers have already began to experience God's re-creative work. This anticipates the final renewal of creation (Romans 8:18-23). The universe will be liberated from entropy and decay. All vestiges of the fall will be purged and the creation will be restored to its pristine glory. But creation will not simply be rewound to its pre-fall state. In Christ, the glories of the new creation will excel the glories of Eden. The resurrection bodies of believers will not conform to the body of Adam before the fall. We shall be made like the Last Adam, Jesus Christ (1 Corinthians 15:47-49). In the new creation, the distinction between heaven as God's dwelling place and the earth as man's abode will be rendered void,
"Then I saw new heaven and a new earth, for the first heaven and the first earth had passed away, and the sea was no more. And I saw the holy city, new Jerusalem coming down out of heaven from God, prepared as a bride adorned for her husband. And I heard a loud voice from the throne saying, "Behold, the dwelling place of God is with man. He will dwell with them, and they will be his people, and God himself will be with them as their God. He will wipe away every tear from their eyes, and death shall be no more, neither shall there be mourning, nor crying, nor pain anymore, for the former things have passed away." (Revelation 21:1-4)
Conclusion
This is the drama of creation. The creation is not primarily to be viewed as an apologetic device, or as the basis for arguments from design, but as the theatre of God's redemptive speech and action. A truly evangelical doctrine of creation will not simply be concerned to refute Darwinism. A theodramatic account of creation will listen carefully to what the whole of Scripture has to say on God's creative activity. Yes, Genesis 1 will form an important part of that account, but we will also sing with the psalmists, and look forward with the prophets and apostles to the resurrection of the body and the new heavens and new earth in which righteousness is at home.
Posted by Guy Davies at 12:48 pm