The recurring challenge of mysticism 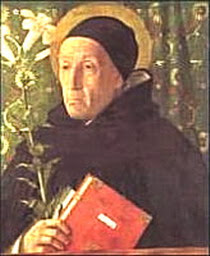 I thought this was a very helpful post. After becoming a Christian, I cut my teeth on a mystical view of Christianity that was high on experience, surrender, and hearing the voice of God (extra-biblically). It was an absolute roller coaster.

I was so thankful when I began to understand more of the objective nature of the gospel of Christ, and how our experience of God is rooted in that.

Guy, I think it was Thomas A Kempis who wrote imitation of Christ.

It seems to me that it is a false impression that the mystics were interested in "experience" per se. In one sense, certain strains of mysticism could be seen as "anti-experience". Just read "Cloud of Unknowing" or "Imitation of Christ". Rightly speaking there are valid criticisms Reformation Theology could make of mysticism, of its excesses and of its doctrinal errors. However, it seems that the proper criticism of it is overshadowed in the light of confusing mysticism with what is popularly known as "Charismaticism".

On the other hand, one could think of a host of a cloud of witnesses whose faith was mystical in some sense. Hudson Taylor, Andrew Murray and even Spurgeon, I would say. Not to forget that Lloyd-Jones highly recommended Tozer's pursuit of God. I guess that what I wanted to say is that the report gave an impression that mysticism was confused with charismatic experiences on one hand, and insufficient balance was given to what could be learned from it.

What do you think?

Thanks Thad. Glad you found it helpful.

Of course it was A Kempis! What was I thinking? Now corrected.

In response to your other points, my post contains brief notes of a detailed and fascinating address that lasted for over an hour. No doubt something the speaker's nuanced argument has been lost. But Fred is appreciative of Tozer, in spite of reservations regarding mystical aspects of his piety. It is worth saying that before his conversion Fred was a mystically inclined Anglo-Catholic priest.

I think his point regarding the influence of Wesley's mystically tinged views on the Holiness movement and Pentecostalism is well established. See Iain Murray's Revival and Revivalism and Lloyd-Jones' paper on Living the Christian Life - New Developments in 18th and 19th Century Teaching in The Puritans: Their Origins and Successors.

With Spurgeon and Lloyd-Jones, what you get is authentic experiential Calvinism rather than mysticism. This is what we need to emphasise rather than medieval mysticism.

I am a little confused about how Gregory and Basil were supposed to have been influenced by Pseudo-Dionysius given that they lived before him?

Perhaps the most helpful book that I have read on this subject is Denys Turner's The Darkness of God in which he argues convincingly that the whole notion of "mysticism" is a fundamentally modern concept.

You're right anon. It would have been a little difficult for Dionysius to influence the Cappodocians! I've corrected the post accordingly. No doubt the inaccuracy was my fault rather than the speaker's.

Greetings from a former large colony across the Atlantic (one of the original 13 :)

Thank you for your concise but insightful column on the issue of mysticism. It was helpful to put the issue in the context of history to understand a bit about its allure today (and the eternal Word's perspective).

Why is it that the former Catholics (including me, also having been tempted by hard core New Age before Christ saved me) seem to pick up on this while many of those raised in Evangelicalism are unaware? We are facing an issue in a local context where people do not seem to appreciate your point about mysticism undermining justification by faith alone. The claim of Henri Nouwen as the second most popular modern speaker/author among American evangelicals (source: Christianity Today) is most sobering.

What do you or your colleague think is the appeal of mysticism in Europe? If you share your thoughts, I can exchange a couple of views from the left side of the Atlantic.

It is interesting that the speaker was an Anglo-Catholic priest prior to his conversion. He used to go on retreats based on Loyola's Spiritual Exercises. I think that Fred's early experiences have given him a finely tuned antenna for mysticism. He can also see that mysticism often has little room for justifying grace.

Maybe one of the attractions of mysticism for European evangelicalism is the dire lack of genuine experiential Christianity. Some emphasise doctrine at the expense of experience, others make experience the be-all-and-end-all. What we need is a genuine, Bible based evangelical spirituality. I have a modest stab at that in a recent post.