The Stricken Deer: pastoral lessons from the life of William Cowper 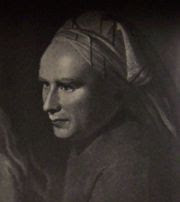 At yesterday's Westcountry Reformed Ministers' Fraternal, Paul Williams of Swindon Evangelical Church spoke on the life of William Cowper. In discussion we considered how we may best minister to people suffering from mental illness.
Paul made seven applicatory points:
1. Chronic depressives may be inconsistent when expressing despair about their spiritual sate. Cowper fluctuated between high assurance of faith and deep doubt.
2. We should try and understand the reasons why a person is suffering depression. Cowper was deeply affected by the death of his mother when a child, the remoteness of his father, the brutality of a school bully and failure in love.
3. We should cultivate a healthy self-forgetfulness. John Newton would take Cowper on his pastoral visits and ask him to lead Prayer Meetings to try and get him out of himself.
4. Beware of the temptation to escape.
5. A despairing life may minister to others.
6. Cowper was greatly helped by the friendship of John Newton.
7. Those given to depression need to be constantly reminded of the mercy of Jesus.
Here is an excerpt from Cowper's poem 'The Stricken Deer'
I was a stricken deer that left the herd
Long since; with many an arrow deep infixt
My panting side was charged when I withdrew
To seek a tranquil death in distant shades.
There was I found by one who had himself
Been hurt by th' archers. In his side he bore
And in his hands and feet the cruel scars.
Paul's 'Travel With William Cowper' is available from Day One here.
Posted by Guy Davies at 3:38 pm

Did he answer the question as to why Cowper wore a teatowel on his head?

On a more erudite note, I blogged a poem that I found called 'At Cowper's Grave' many years ago. It is at my new censored non-blog:

Thanks for sharing that, Bruce. In our discussion it was suggested that Cowper would have benefited from modern day anti-depressants.

I don't remember how I can across your blog but I have and I hope you don't mind my comments on it. If you do, let me know and I will fade quietly back into the cyber world.

While I don't know much about William Cowper but I will google him later on today, with regards to depression I have found on of the best ways to confront and overcome it is through helping others. If you are depressed and you help others who are in trouble then your wounds are healed through the Christian princples of charity.

Your comments are welcome, Lucky.

I think your point about helping others was made in #4 of the list. John Newton would encourage Cowper to get involved in the life of the community and the church to help him overcome his introspective tendencies. Serving others is a great way of overcoming preoccupation with our own problems.