A brief interview with Jeremy Brooks, Director of Ministries at the Protestant Truth Society, where he explains why representatives of the PTS will be attending the Conservative Party conference in October. I ask him if this means that the Society is now taking sides in party politics. Read on to see his response. 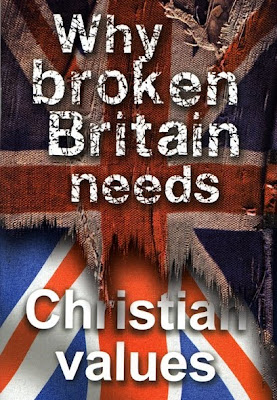 GD: October's Evangelical Times carries a front page article entitled What price politics? In the piece the Protestant Truth Society together with some other Christian groups is criticized for planning to send delegates to the Conservative Party Conference. Is the Society becoming party political?

JB: In a word, no. The PTS, Church Society and Christian Watch are simply co-operating to run an exhibition stand at the forthcoming Conservative Party Conference in Manchester this October. None of these Christian groups are affiliated to any political party, nor do any of them have any intention of seeking such affiliation.

GD: Why is PTS only sending a delegation to the Conservative Party Conference?

JB: Between the three Christian groups involved, it's costing us approx. £8,000 to run this exhibition stand. We cannot afford to do this at all three of the major party conferences. Therefore, with the Conservatives being the favourites to win power at the forthcoming General Election, we have chosen to target them, desiring to reach those who'll have the most influence.

GD: What do you hope to achieve from attending the Conservative Party conference?

JB: The theme of our exhibition is Why broken Britain needs Christian values. The Tories have, rightly, made much of the idea of Britain being broken, but we're not convinced that they have any real understanding of why it is that Britain's broken. It's our conviction that Britain's greatness in the past was a direct result of it's being founded upon Christian values, and that it's present broken state is an equally direct result of that foundation of Christian values having been largely eroded over many decades, and particularly during recent years. Therefore, we have published a very attractive 32 page booklet with six keynote articles addressing the following subjects: Civil Liberty and Free Speech by Gordon Murray of the Protestant Truth Society; The British Constitution and the European Union by Duncan Boyd of All Souls, Langham Place, London; Marriage and the Family by Norman Wells of the Family Education Trust; Abortion and the Sanctity of Life by Steven Foster of SPUC Evangelicals; Islam and Britain today, also by Duncan Boyd; and Crime and the Community by Mark Mullins of the Christian Legal Centre. We'll be distributing this booklet freely at the Conference. We acknowledge, of course, that Christian values will only be strong in an atmosphere of meaningful Christian faith. But nonetheless we regard it as part of our Christian duty to speak to the political leaders of our nation about the importance of scriptural truth, biblical morality and Christian values. We covet the earnest prayers of the Lord's people for His blessing to rest upon our humble endeavours.

GD: Are you sensitive to the concerns expressed in the ET article that evangelical Christians can sometimes align themselves too closely with parties on either side of the political spectrum? The 'Christian Right' movement in America being a case in point.

JB: We are sensitive to those concerns, and in many ways share them. However, the idea that our presence at the Tory Conference is somehow akin to the relationship between many North American evangelicals and the Republican Party is, quite frankly, both misleading and unfair.

GD: Can you confirm that PTS is a non-party political organisation and that the Society will not endeavour to tell Christians which party to support or how to vote in the next General Election?

JB: The PTS has no allegiance to any political party, and has no intention of encouraging Christians to support any particular political party or vote in any particular way at the forthcoming General Election. We're not political activists, seeking to influence the Christian public on behalf of politicians, but rather we're lobbying, seeking to influence politicians on behalf of the Christian public.

GD: So, we are not becoming the Protestant Tory Society, then?

I subscribe to the Internet Edition of Evangelical Times, and the October edition is not online yet, so I have not read the article referred to yet.

Would I be right in thinking that Evangelical Times did a frontpage article attacking the Protestant Truth Society without speaking to them for clarification of their position first? That would be disappointing if true.

I understand that PTS was shown the article pre-publication and was invited give a response, which they did. The editor has offered to give criticised parties the right to reply in the Letters to the Editor page.

I have put my name to a letter sent in which criticises the front page article.

As a friend put it, 'pietism gone mad'

Ben - ET did contact us before going to press. However, when we highlighted the ways in which we believed their article to be both misleading and unfair, they simply proceeded to print it without any significant changes, and told us that "the article is fair comment - and perhaps too kind!"

My political views basically make me a part of the "religious right".
While I would not want organisations to simply endorse one party, I don't have a problem with pointing out the fact that sometimes one party is better than another. For example, the Conservatives are indisputably better than Labour on abortion (although the Conservatives are not great on abortion themselves). Would it be wrong for Christian leaders to say that the current Labour party have shown themselves to be unfit for office based on this issue alone.

I do not buy the ET regularly, but I have read the Oct ET.

I know the ET in the past has - by the use of misleading & inaccurate information - painted a certain London church in a negative light. This problem lasted for several years - and I don't think the ET has put the record straight.

So their current article is not surprising.

I went to the Conference and saw this booklet which was reasonably good booklet. I am a Catholic, but there are many things that Christians need to hold given that we share so much in our faith and the secular agenda is so big today.

Thanks for your comment, Robert. I'm glad you enjoyed the booklet.

Now I have my online copy of Evangelical Times, it is clear to me that there are a lot of articles that are political.

Vietnam, p11 - talks of the US State Departments' promotion of religious liberty

Mayor makes a stand, p11 - Positive report on the mayor of Doncaster "swinging back towards common sense"

Home-schooling and the State, p24 - Talks about a government review into homeschooling