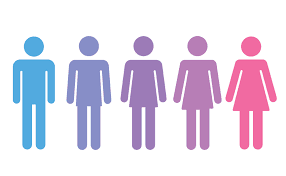 The Saturday edition of The Times highlighted an interesting juxtaposition. The News section ran a story on how children are being pulled out of Birmingham schools in protest against LGBT education (here). Apparently, since the row erupted, some 400 children have been withdrawn from schools in Birmingham, which is 15% up on last year. Parkfield School, which has attracted protests due to its use of the controversial No Outsiders programme has lost almost 50 pupils to other schools. Meanwhile, officials fret that homeschooling may lead to a higher risk of extremism in the Muslim community.

The Comment segment of the paper carried a column by Janice Turner, Cult of gender identity ideology is harming children. The columnist is a longstanding and courageous opponent of gender identity ideology because of its harmful effects on children, girls in particular. For her troubles she has been attacked on social media as a TERF, which being interpreted means, 'Trans Exclusionary Reactionary Feminist'. Turner details some of the materials that are being pushed at primary school aged children. BBC Teach informs baffled 7-11 year-olds, "We know we have male and female, but there are over 100 if not more gender identities now.” Turner claims that, "The government’s own No Outsiders programme simply teaches primary kids that some families have gay parents, and boys can like mermaids just like girls." But there's a bit more to it than that. See this analysis by Transgender Trend.

The writer also highlights some freshly minted draft guidance from the EHRC. The very body meant to be monitoring application of the 2010 Equality Act advises that trans girls (i.e. boys who identify as girls) should be allowed to use girls' changing rooms. Girls who object will have to be found somewhere else to get changed. This guidance is plain contrary to the 2010 Equality Act that safeguards private spaces for women and girls on the basis of sex, not gender identity.

If LGBT education was simply about destigmatising children with two mums or dads, few might object. Children can't choose what kind of families they are raised in. But the unstated object of what often passes for LGBT education is to smash 'heteronormativity' (see here). You know, that oppressive ideology that teaches it takes a man and woman to make a baby, and that children are on the whole best brought up by their biological parents. All the better if those parents are in a stable, loving relationship. Like, married. Of course, the pernicious ideology of 'heteromativity' is ripe for smashing. Never mind Global Warming, future generations of the human race depend on it.

Encouraging children to question their 'gender identity' has led to a surge of referrals to the Gender Identity Dysphoria Service. In 2009/10 there were 77 referrals, by 2018/19 the figure had risen to 2590. In 90% of cases, gender dysphoria is resolved when children pass through puberty. Of the 10% who are prescribed puberty blockers, 90% then progress to cross-hormone treatment and beyond that to gender reassignment surgery.

Trans advocacy groups such as Mermaids actively push gender stereotypes. They suggest that tomboyish girls who shun glittery dressing up clothes for stamping around in muddy puddles might consider that they could in fact be boys trapped in the 'wrong body'. Similarly, boys who don't much like your typical boyish pursuits are made to wonder whether they might 'really' be girls. Next step puberty blockers. You know where that leads. Radical surgery and lifelong medication. Things that people would usually want to avoid for themselves and certainly their children.

The Birmingham school protesters have overwhelmingly been from the Muslim community. This is an interesting feature of the story. A key motivation for globalist advocates of mass immigration was that exotic incomers would shake things up in stale old, pale old Blighty. According to the liberal establishment the working and lower middle classes were way too socially conservative in outlook. Mixing them up with people from other cultures would broaden their horizons and make the great unwashed a bit more cosmopolitan.

What the dim-witted liberals failed to notice was that they had encouraged people who were way more socially conservative than the natives to move here. Loads of them. Rather than the incomers making locals go liberal, they brought with them positively unenlightened views of women and gay people. Honour killings and FGM are now a thing in 21st century Britain. Not to mention gangs of Asian men preying on vulnerable white teenage girls.

In The Strange Death of Europe: Immigration, Identity, Islam, Douglas Murray points out some startling figures from recent surveys. 52% of British Muslims thought homosexuality should be made illegal. Whereas only outside of London only 16% of the country believed homosexuality to be 'morally wrong', the figure rose to 29% in the capital. Why? Murray explains, "the ethnic diversity of the capital meant it had imported a disproportionate number of people whose attitudes the rest of the country would now regard as morally backward." (p. 53-54, 2018 paperback edition).

The great irony is that in pushing an ultra-liberal LGBT agenda in schools, the Government is facing a backlash from an unlikely alliance of social conservatives, concerned parents and radical feminists. It takes spectacular genius to have united Muslims, The Christian Institute, Mumsnet, and Germaine Greer. Why, the issue of gender identity is even threatening to cause a schism in Stonewall. In a letter to the Sunday Times, gay rights pioneers and feminists wrote concerning Stonewall's stance on trans issues,


We believe it has made mistakes in its approach that undermine women’s sex-based rights and protections. The most worrying aspect of this is that all primary-school children are now challenged to review their “gender identity” and decide that they may be the opposite sex if they do not embrace outdated gender stereotypes...

If Stonewall remains intransigent, there must surely now be an opening for a new organisation committed both to freedom of speech and to fact instead of fantasy.

In his latest book The Madness of Crowds, serialised in the Daily Mail, Douglas Murray discusses the trans issue. Apparently, schools are now teaching that boys can have periods. Questioning of the use of puberty blockers is labelled 'transphobic'. Yes, it really is that mad. Murray also weighed into the singer Sam Smith's announcement that being 'gender-fluid', he wished to be referred to as 'they', or 'them', rather than 'he, or 'him' (see here). The writer pointedly refuses to mangle the English language to suit the pop star's self-identity.

Christians will want to treat people struggling with gender dysphoria with compassion and respect. But that does not mean going along with an approach that seeks to transform someone's body to conform with their disturbed state of mind. Given the stubborn realities of genetics and reproductive anatomy, a person cannot truly change sex. Some who have tried now live to regret it. Neither should anatomical males be allowed access to female only spaces on the basis of their 'gender identity'. Society at large should not be forced into affirming someone's chosen 'gender identity' and then have to address them by whatever pronouns they wish. Truth matters and compelled speech is not compatible with free speech. The Asher's 'Gay Cake' cake ruling demonstrated that. Male/female sex differences are a given that should be affirmed and celebrated, not denied. Without them there would be no human race at all. Heteronormativiy is the norm for a reason.

In his book Dominion, Tom Holland shows that as far as secularism is concerned, imitation is the deepest form of flattery. Christians enjoyed spiritual enlightenment in the form of the 18th century Evangelical Revival. Its preachers proclaimed, 'old things have passed away, behold all things have become new'. Rationalists had their very own Enlightenment that aimed at overturning the old order, ushering in a new age of science and reason. Now the Great Awakening has become  a Great Awokening. The gods of 'woke' identitarian religion are fierce and unforgiving. Those who refuse to bow down to the idol of gender ideology are threatened with a good roasting on social media, or face demands that they be sacked from their jobs.

May our response be that of Daniel's three friends in the Bible, who refused to worship Nebuchadnezzar's image of gold on pain of being thrown into a burning fiery furnace, "our God whom we serve is able to deliver us from the burning fiery furnace, and he will deliver us out of your hand, O king. But if not, be it known to you, O king, that we will not serve your gods or worship the golden image that you have set up.” (Daniel 3:17-18).

What are concerned parents to do about LGBT Relationships Education in schools? Noisy protests at the gates doesn't seem to be the most constructive way of doing things. But parents should take an interest in how their children's school plans to approach the trans aspect of Relationships Education. Some will do the bare minimum necessary to ensure compliance with statutory guidelines. Others will push the boat out to be 'inclusive'. Children will be informed that girls can identify as boys and visa versa. or go for one of over 100 gender identity options. A sure way to unsettle and confuse young minds.

Gen up. The Christian Institute has some good materials to look at. Be prepared to have an informed and respectful conversation with Headteachers. Write to your MP, or the Secretary of State for Education. After all, Protocol 1, Article 2 of the ECHR insists, "The State shall respect the right of parents to ensure such education and teaching in conformity with their own religious and philosophical convictions." Transgender Trend has a useful guide that can be used by governors and teachers to highlight concerns over some of the materials that are being used in schools. Together we can make a difference. It's time the Great Awokening was put back to bed.
Posted by Guy Davies at 10:18 am