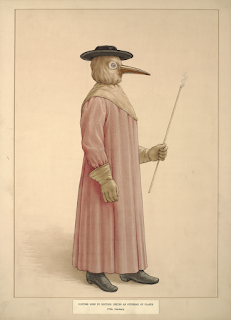 22-28 November
Prior to the national lockdown for England, which expires on 2 December, Wiltshire was in 'Medium Risk' Tier 1. That seemed fair, as infection rates were among the lowest in the country. From 3 December we will be in Tier 2 'High Alert'. Some good lockdown did us. Could be worse, nearby Bristol will be in Tier 3, but Coronavirus cases have skyrocketed there, so tighter restrictions may be justified. According to BBC figures, Wiltshire currently has 98 cases per 100,000, compared with a national average of 152. And cases are falling week-on-week. We will be in the same tier as Liverpool, which has 138 cases per 100,00.
The only parliamentary opposition to ever tighter restrictions is from backbench Conservative MPs. Labour seems to have a policy of backing the government's measures, yet accusing ministers of doing too little too late and too ineffectively. According to news reports the PM has been spooked by the threat of a backbench revolt against his more draconian tiering system under which the vast majority of England will be placed in Tiers 2 & 3.  The government has promised to look again at imposing blanket restrictions on whole counties. Sunset clauses will be added to the legislation to allow MPs to keep things under review.
Glad to hear it, but this is another example of a failure of party management by the Johnson government. Didn't the Tory whips warn the PM that the crew were feeling mutinous before the new tiering system was announced? In an article in Saturday's Times, Michael Gove issued alarmist threats that the NHS will be overwhelmed unless the government's plans are supported. Backing down now makes those dire warnings smack of crying wolf, or, if the treat is genuinely believed, gross irresponsibility. Either way, not a good look.
Church-wise, it is great that places of worship will be allowed to reopen in all tiers once lockdown ends. We are looking forward to gathering for worship on Sunday 6 December. Being in Tier 2 will mean no 'routine' pastoral visits to lonely and isolated church members. Given the time of year outdoor meetings won't be any good for the elderly. We'll have to keep in touch by phone. In Tier 2 no interaction is allowed between members of the congregation when meeting indoors. In Tier 1 interaction was permitted within in groups of 6. With that in mind, Zoom meetings will need to continue alongside in person gatherings so people can hang out and chat after the 'service' element has finished.
On Wednesday afternoon I went for a walk and chat with a pastor friend, It was good to catch up and enjoy fellowship together. Pastors are under pressure these days. We need to support each other in the work of the ministry.
On Sunday 22 November I spoke on Jeremiah 11:1-17 in the morning Zoomer and on Acts 2:37-41 for Bradford on Avon Baptist Church's Livestream Service, which our people also watched. For our Zoom Prayer Time I gave a Bible Study on Psalm 66. We had a Providence officers' meeting on Thursday evening via Zoom in preparation for a Members' Meeting on 1 December.
Everything seems to be happening on 1 December. The Westminster Conference from 2.00-5.00pm, school governor meetings from 5.30pm, and then the Members' Meeting at 7.30pm. All online.
In the week I finished, The Care of Souls: Cultivating a Pastor's Heart by Harold L. Senkbeil. Must post a review soon. I used an Audible credit to download, The Journey to the Mayflower: God's Outlaws and the Invention of Freedom, by Stephen Tomkins. Made a good start, four chapters in. With chapter headings seemingly borrowed from songs by The Jam, 2, Going Underground, where can you go wrong?
On Saturday we went for a morning walk along the towpath of the Kennet & Avon canal. Lockdown in Wiltshire, it could be worse. It did get worse. Wales lost to England in the rugby, 24-13. Scant are the consolations of this sad world. There will be no tiers in glory.
Posted by Guy Davies at 5:02 pm

I wonder that Michael Gove is sounding a warning that the NHS will be overwhelmed. Surely this is redundant because normally, their own millions of staff issue this alarm, every year as soon as the nights start to draw in. Always overworked and under-resourced. Crying wolf is their speciality.

Gove should be capable of better than this. Last year, a lot of us voted for a Conservative government. Instead, we have a government that colludes supinely with producer capture, caressing the self-serving NHS rather than setting out to reform it.