Subordination? Another Shedd-load of Trinitarian theology 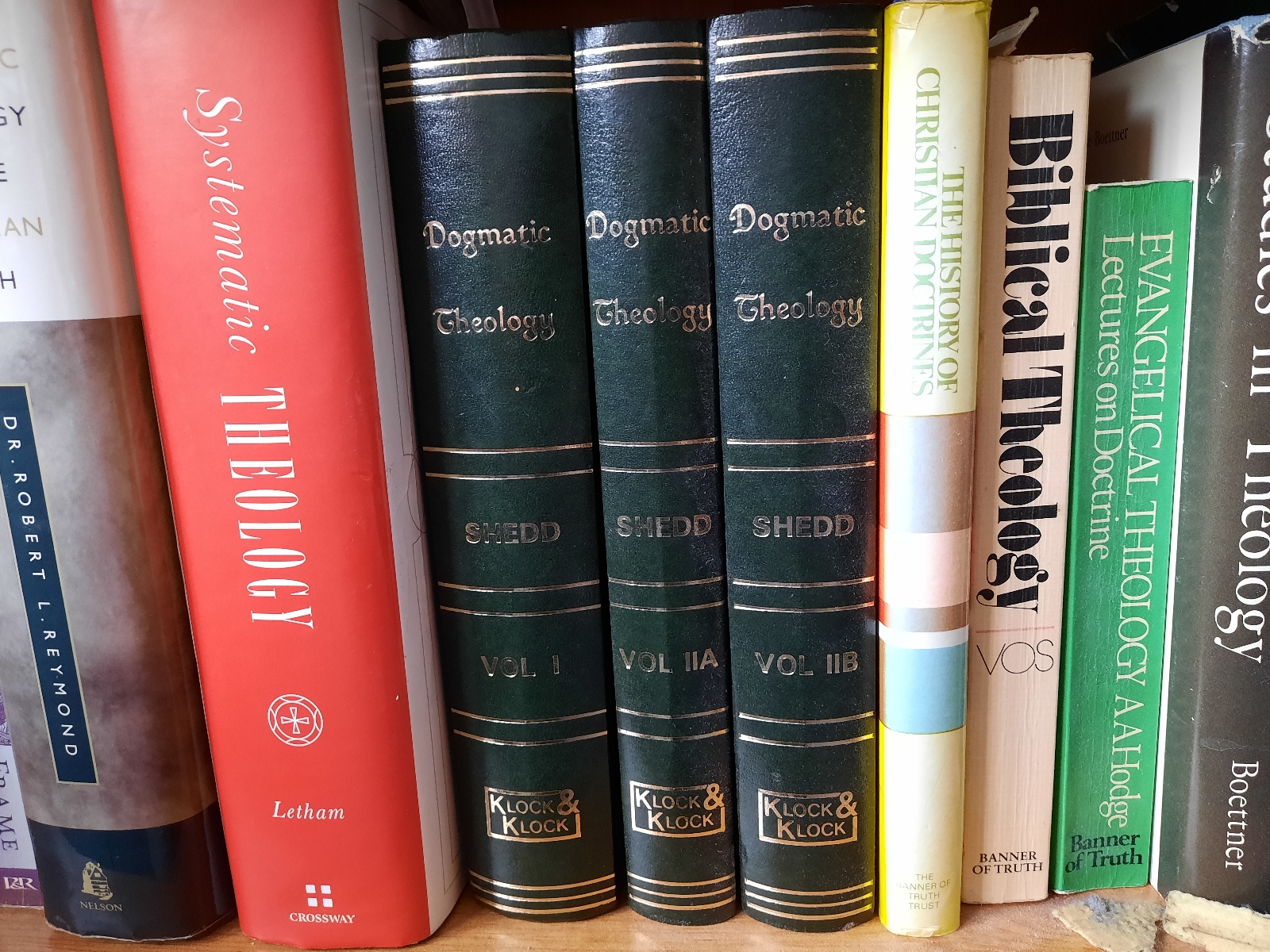 In an earlier post I wrote appreciatively of W. G. T. Shedd's handling in of the relationship between the single divine essence and the three persons of the Trinity. In this article I offer criticism of the theologian's argument that the Son is subordinate to the Father "in respect to order and relationship". He is clear that there is no subordination of essence,

While there is this absolute equality among divine persons in respect to the grade of being to which they belong, and all are alike infinite and uncreated in nature and essence, there is at the same time a kind of subordination among them....As a relation, sonship is subordinate to fatherhood. (p.  301).

Shedd distinguishes his position from Arianism, which teaches subordination of essence as well as person.  But he is clear that an element of subordination is intrinsic to the relation between the Father and the Son. Subordination cannot be limited to the Son's mediatorial role, "This... involves condescension and humiliation; but the trinitarian subordination does not. It is no humiliation or condescension for a son to be the son of his father." (p. 302).

This subordination is rooted in the eternal relations of origin according to which the Father is unbegotten, the Son is eternally begotten of the Father and the Spirit eternally proceeds from the Father and the Son. The external actions of the Trinity are undivided. That is because, "In every external operation of a person, the whole essence operates, because the whole essence is in each person. The operation, consequently, while peculiar to a person, is at the same time essential, that is, is wrought by that one divine essence which is also and alike in the other persons." (p. 304-305). But when it comes to the internal actions, only the Father may be said to beget and only the Father and Son may be said to spirate. Accordingly,

The internal characteristics include the order according to which the Father is immutably the first, the Son immutably the second, the Spirit immutably the third person of the Trinity, and the ground or foundation of this order in certain constitutional and necessary acts in the divine essence. (p. 302).

The view advanced by Shedd is far from the Eternal Relation of Authority and Submission of the Father in relation to the Son that is advocated by some contemporary Evangelical theologians. Unlike them Shedd does not teach that will is an attribute of the persons, rather than the divine essence, and that the Son eternally submitted his will to that of the Father. Neither does Shedd suggest that the Father possesses a personal attribute of authority that the Son does not share. Divine authority is a perfection of God's being, which is possessed wholly and without division by all three persons. The the persons may be distinguished only in terms of the eternal relations of origin and in no other way.

What Shedd does say is that being Son involves subordination to the Father according to the order of persons in the Trinity, "It relates only to the personal characteristics of paternity, filiation, and procession." (p. 303). He does not make this point, but it is commonplace in classic Trinitarian theology to hold that the economic missions of the Trinity reflect the eternal processions. The persons are not interchangeable and so it was fitting that the Son was sent into the world by the Father and that the Holy Spirit was poured out by the Son from the Father.  Herman Bavinck spells this out,

Unlike Shedd, however, theologians in the classic tradition have tended to avoid using the language of 'subordination', which smacks of Arianism. Although as already pointed out, Shedd is careful to distinguish what he calls 'trinitarian subordination' from any idea that the Son's essence is in any way inferior to that of the Father. The Particular Baptist pastor-theologian John Gill (1697-1771) better represents classic Trinitarianism. In his discussion of the doctrine of the Trinity Gill explicitly rules out any notion of subordination when it comes both to the Son's essence and person,

And he goes on to say,

As to subordination and subjection, and inequality, which it is supposed the Sonship of Christ by generation implies; it may be answered, that Christ in his office-capacity, in which he, as Mediator, is a Servant, and as he is man, and appeared in the form of one; it will be acknowledged, that he is subordinate and subject to the Father; but not as he is the Son of God: and whatever inequality sonship may imply among men, it implies no such thing in the divine nature, among the divine persons; who in it subsist in perfect equality with one another; and in particular, the Scriptures represent the Son of God as equal to his Father, as one who thought it no robbery to be equal with God; being of the same nature, and having the same perfections with him, and that he is equal to him with respect to power and authority; for with respect to power he says, “I and my Father are one”; and they represent him as having the same claim to equal honour, homage, and worship; since all men are “to honour the Son, as they honour the Father”; not as in subordination to him, but as equal with him. (Gill, John. A Complete Body of Doctrinal and Practical Divinity (With Active TOC and Bible Links) . E4 Group. Kindle Edition.)

What Shedd denies Gill affirms, namely that it is only in respect to his 'office capacity... as Mediator' that Christ may be said to be subordinate to the Father. The Son assumed the role of Mediator in eternity. The counsel of redemption was an expression of the one will of God differently appropriated by the three persons so that the Father would send the Son, the Son would be sent by the Father and the Spirit would be sent by the Father and the Son. The economic missions reflected the order of the eternal processions, but the processions do not involve any hint of subordination. The divine persons 'subsist in perfect equality' (Gill). The Son's subordination to the Father was official, not essential, or personal. Although the Son was 'in the form of God', he 'did not count equality with God a thing to be grasped [held onto at all costs], but made himself nothing, taking the form of a servant, being born in the likeness of men. And being found in human form, he humbled himself by becoming obedient to the point of death, even death on a cross." (Philippians 2:6-8).

Quotations from Dogmatic Theology Volume I, Klock & Klock 1979 reprint. You can also find a e-copy online, but the pagination is different, here. See p. 5 of the PDF for clickable contents. Also, see her for an article by Michael Haykin on John Gill and His  Defence of the Trinity.