Why the Reformation Matters (3)

Why the Reformation still matters 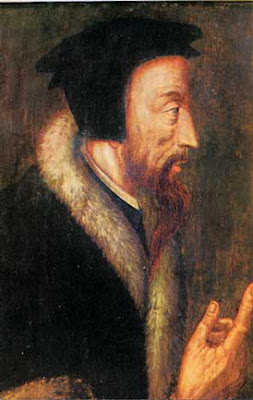 We are living at a time when everything is in the melting pot. Evangelicalism is becoming increasingly fragmented and confused. We need to remember that our movement originated with the clear teaching of the Reformation,

"If we take the Reformation as our starting point then evangelicalism is born out of a theological rediscovery. Of course there is a breadth to the Reformation but the breadth is held together by a shift in the location of authority from church councils and traditions to the Bible. Ultimately, to be evangelical is to be biblical in our approach to the knowledge of God and life.

As a movement stemming from the Reformation, evangelicalism is essentially creedal. Not only that, there are clear doctrinal commitments that make up the creed." (Table Talk Issue 14 Summer 2005, published by Affinity).

The doctrinal foundation of the evangelical movement is found in the great biblical creeds and confessions of the Reformation and Puritan periods: The Thirty Nine Articles of the Church of England, The Westminster Confession of Faith, The Savoy Declaration and the 1689 Baptist Confession. These confessions may differ on matters such as church government and baptism, but they all give expression to the great Scriptural doctrines that were rediscovered at the Reformation.

Evangelical doctrine, rooted in these Confessions, is not ill-defined and endlessly flexible. Spurgeon said of the 1689 Baptist Confession. “This ancient document is a most excellent epitome of the things most surely believed among us”. May we continue to hold fast our profession.

We may think that the issues that divided Protestants and Catholics in the 16th Century are old news. But this is not the case. Francis Beckwith was President of the Evangelical Theological Society until he resigned from his position on 5th May this year (see here). The reason for his resignation is that on April 29th he was received back into the Roman Catholic Church He gave two main reasons for his conversion: First, he became convinced that the Roman view of justification by faith is more faithful to the teaching of Scripture and the early church than the Protestant view. Second, he wished to identify himself with the church's creeds that Protestants and Catholics alike hold in common as expressions of orthodox Christainity.

In America, the Evangelicals and Catholics Together movement is endeavouring to find a basis for common mission between Rome and evangelicals (see here). How should we respond to these developments? The Ecumenical Movement aims to reunite Christendom under the banner of the Roman Catholic Church (see here). This is the express purpose of Churches Together in the UK. How should we as evangelicals, or gospel people respond to the ecumenical issue? We need to know where we stand biblically and theologically to appreciate what is at stake in these developments. With roots in the deeply biblical teaching rediscovered at Reformation, evangelicalism will be equipped to face the challenges of our fast-changing, contemporary world.

3. The role of the Protestant Truth Society
The PTS was founded by John Kensit 1889 to counter the Romanising tendencies of the Oxford Movement in the Church of England. In 1898 the first Wickliffe Preachers were sent out to warn of the dangers of Catholicism and preach the simple Gospel of the grace of God.
Our aims today can be summed up in three “E’s”

* Educate the churches by reminding the people of God of their rich history.

* Equip the churches to face the challenge of Roman Catholicism and other teachings that threaten the essentials of the gospel.

* Encourage the churches to hold fast the old paths of Scriptural truth, that we may faithfully bear witness to the everlasting gospel in the contemporary world.

This post is based on a talk given at a men's breakfast. See "The Reformation" label below for the rest of the series.