More than a TULIP 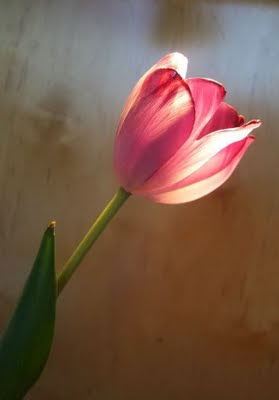 Should the Reformed faith be defined first and foremost in terms of the so-called "Five Points of Calvinism": Total Depravity, Unconditional Election, Limited Atonement, Irresistible Grace, and Perseverance of the Saints? I'm not so sure that it should, but it often is. I'm reading The Doctrines: Rediscovering the Evangelical Gospel by J. M. Boice & Philip Ryken. The book is an attempt to re-Calvinise evangelicalism. Calvinism is defined by reference to the "Five Points". Similarly, on my "to-read" shelf I have Joel Beeke's Living for God's Glory: An introduction to Calvinism. Once again doctrinal Calvinism is described in the language of the TULIP acronym. Now, I'm sure that the authors of these books would say that Calvinism is bigger and broader than the "Five Points". But they instinctively press TULIP into service when they want to define and defend the key teachings of the Reformed faith.
"What's the big deal?" you might ask. It's not that I have issues with any of the "Five Points". I hold unswervingly to the Canons of Dort. But the Synod of Dort was called to give the Reformed response to the Arminian five point Remonstrance. Defining Calvinism simply in terms of TULIP gives the impression that the Reformed faith is a reaction against Arminianism, "They say election is conditional and we say it isn't". This can make Calvinism seem touchy and rather negative. Besides, to say that Calvinism = TULIP is hopelessly reductionistic. Where does Calvin's teaching on the knowledge of God and ourselves come into it? Is justification by faith alone given sufficient emphasis in TULIP-based accounts of Calvinism? Eschatology barely gets a look-in.
Another problem is that some Christians (often with former Arminian leanings) grasp the "Five Points" in a rather simplistic way and can end up as hyper-Calvinists. They won't have got this from the carefully nuanced Canons of Dort, which insist on the free offer of the gospel, but I have known it to happen in several instances. For them Calvinism is anti-Arminianism and they devote themselves to sniffing out "free-willers" with the same zeal and attention to duty as the Child Catcher looking for kids in Chitty-Chitty-Bang-Bang. I commend a thoughtful study the Canons of Dort, which give the definitive response to Arminianism. But the Reformed faith is much more broad, rich and deep than can be summarised in any five points. It is nothing less that a commitment to the whole counsel of God as revealed in Holy Scripture.
*Having said all that, look out for my pieces in Evangelical Times on Jacob Arminius - it's the 400th anniversary of his death (October's ET) and the Synod of Dort (November's ET).
Posted by Guy Davies at 8:01 am

So in the light of this, how would you see the relationship between the creeds, confessions and Scripture? Knowing that you are perhaps Baptist by conviction, though for some that immediately means that you are not reformed.

Some of us in Southeast Asia (think Singapore etc) are having a discussion over at http://credo500.blogspot.com. Not asking you to chip in, but genuinely want to pick your brain when it comes to this issue.

(In case i have not introduced myself, my name is Edward, from Malaysia and I am pretty much a lurker in your blog.)

I have no problem with creeds and confessions at all. You may have noticed the "I believe" section on the right-hand sidebar of the blog. See the "Hold fast your Confession" link for my view on the relationship between confessions of faith and the Bible.

I'm not arguing that we should jettison the Canons of Dort and just stick with the Bible. The Canons ably summarise the teaching of Scripture on the matters in hand. But the Canons were not intended to be a comprehensive statement of Reformed theology like the WCF or 1689 Baptist Confession. TULIP was simply the Reformed response to Arminianism, nothing more.

More than.....
Just a response, you say.
The Doctrine of Grace, Reformed, clears away the minefield of self-righteousness and idolatry.

I'm not certainly belittling the importance of Dort. The truths defended there are vital to the Reformed faith and biblical Christianity. What I am saying is that TULIP should not be used as a kind of shorthand for the whole of Calvinism. The Reformed faith certainly includes a commitment to TULIP, but it it much bigger than that. That's all I'm saying.

If we define the Reformed faith first and foremost in terms of TULIP, we are allowing Arminians to set the agenda.

I'm not saying that this applies to you, but it would be good if people actually read the nuanced and carefully argued Canons for themselves rather than relying on second hand summaries that can often be rather simplistic. There is a link in the post.

Interesting. I am very much tulip, but my son is not even though he is a staunch Calvinist when it coomes to God's Sovereignty