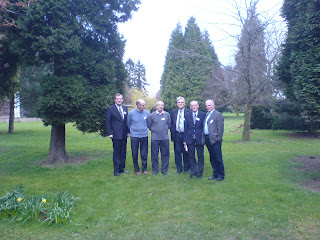 Thanks for this review, Guy. I had hoped that I might have been able to get along to the conference this year, but couldn't. When next year's is on I'll be in Peru, and doubt that the mission will fly me home for privilege of hearing Sinclair Ferguson ;)

Your report and the prospect of getting the audio CDs will be something of a compensation.

The method of Bible reading which you mention is one that I adopted a while ago (in complete ignorance of Olyott's wise advice), and have found that it engages those who are listening to a better degree than merely reading off the page.

Good to see you at Banner, Guy, and thanks for the report.