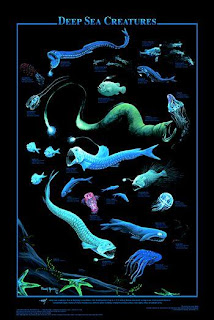 Some believers operate on the Orwellian principle, "Old hymns good, new hymns bad." Maybe that's because only the best of the older compositions are still in use today. The worst are best left in the depths of hymnological oblivion. See this little gem from Cotton Mather (1663-1728),
Ye monsters of the bubbling deep,
Your Maker's praises spout;
Up from the sands ye codlings peep,
And wag your tails about.
As Alister McGrath comments, "It certainly rhymes. But it's not exactly inspirational." (Christianity's Dangerous Idea: The Protestant Revolution from the sixteenth century to the twenty-first, SPKC, 2007, p. 302).
Posted by Guy Davies at 3:14 pm

Email ThisBlogThis!Share to TwitterShare to FacebookShare to Pinterest
Labels: Hymns

PM has mentioned one hymnwriter who wrote on the seven churches in revelation, who produced this tortured rhyme

'This, Jesus said to Ephesus
And so he says to some of us'

You see, this is what happens when one abandons exclusive psalmody.

I'll get my coat

Even the good 'old' can have slow access due to language change, but what new is recording the detail of your theology and exegesis, rather than being worship expression? (even the Psalms need exposition as well as to be read or sung.)Rhyme should be inconspicuous, though helpful to memory.
see 'about' in rhiannonshymns.co.uk
Rhiannon

I would like to see the entire hymn that contains this quote by Mather.