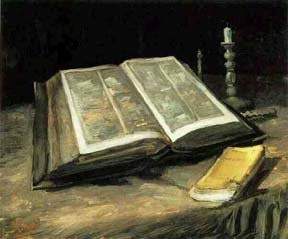 We live in a very visual society, where words are often dismissed as “just words”. This is something of a problem for preachers, for words are our stock in trade. But words are never really “just words”. They always do something. This is the helpful insight of speech act theory. This way of viewing language was formally proposed by J. L. Austin in his How to Do Things with Words (Oxford, 1962). Kevin Vanhoozer makes speech act theory a major component in his theological constructions. The theory breaks language down into three component parts: locutions, illocutions, and perlocutions. First of all we have locutions – basic units of speech or words and sentences. In theological terms, we confess that Scripture reveals God Word in words – locutions. But we use words to do things. With words we declare a man and a woman husband and wife, we ask for a glass of water, or order a ticket for the cinema. This is the illocutionary effect of language. By speaking, I have acted. In Scripture we have God’s own illocutions – his speech acts. By words, he makes promises, utters warnings, and enters into a covenant relationship with his people. Scripture is not simply a record of God’s words. In the Bible we have the communicative action of the triune God. But it is one thing for God to speak words and to do things with his words, like make promises. But what guarantees that God’s words will be received for what they are? God may make a promise, but it is another thing for us to trust in that promise! This is called the perlocutionary effect of language. And it is here that the work of the Holy Spirit comes into its own. He enables people to respond appropriately to God’s communicative action in Scripture. Vanhoozer sums up the point,

What God ultimately communicates in his crucified Word is the reality of salvation itself: a share in the divine life. And yet, this intended effect - fellowship with God through union with Christ - is not an automatic consequence of God's utterance. Not all communicative acts are received for what they are. So, the Word accomplished something on the cross (makes atonement for sin; declares pardon); this is the illocutionary aspect. Yet it does not really communicate salvation until and unless it is received and appropriated by the hearer [the perlocutionary aspect]. The Spirit's role is to minister Christ, to make what God is saying and doing in the cross effective." (The Drama of Doctrine, WJK, 2005, p. 66).

We see this in 1 Thess 1:5, Paul's preaching was "not in word only, but also in power and in the Holy Spirit and in much assurance". What was that word? The gospel of God. Where is that gospel now revealed? In the Spirit-breathed Scriptures. But it is not enough simply to declare the Spirit-authored and inscripturated gospel message. The Spirit who gave the Word must also be active in the proclamation of that Word so that it is received for what it is,
"For this reason we also thank God without ceasing, because when you received the word of God which you heard from us, you welcomed it not as the word of men, but as it is in truth, the word of God, which also effectively works in you who believe." (1 Thess 2: 13).

It is through this distinct work of the Spirit that the preaching of the word of God is the word of God to those who hear it. The Spirit so empowers the proclamation of the Word that preaching becomes a revelatory event where the God of the gospel is encountered. This results in the salvation of sinners and the transformation of saints.
Posted by Guy Davies at 12:11 pm