Visit to the Big Pit 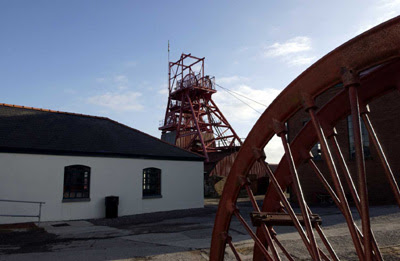 That brought back memories. I haven't been there since 1989.

It was a great day out. I must have been in my mid-teens when I last went there. Our kids really enjoyed themselves. Unique.

I went there with my boy a couple of years ago. Some folks in our party were convinced it was a simulation and not real!

Must have been some stupid people in your party.

It really is worth a visit. My favourite bit is when they turn the lights out. Helps you with Job 28.

I was wondering if you also went and saw the exhibition with the video and then the walk-through? I have been searching everywhere for the poem they used during the presentation, and was hoping you could help me...maybe a few lines you remember or something to narrow down my search? I did ask at the reception desk but all I got was that it was Anonymous, and they didn't have a copy. If you have any information I'd be very grateful if you could pass it on! Thanks.

I know the poem you mean. I found it very moving and Googled for it when I got home. I was hoping to post it here, but I couldn't find it. I remember it said something about "king coal", but several poems include those words. Sorry I can't be of more help. If you find it let me know.