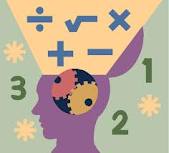 If we are to avoid heresy we need to get the maths of the incarnation right.


The incarnation of Jesus was an act of addition not subtraction. He did not become the Son minus his divine glory when he became man. He added to his divine glory a lowly, yet perfect human nature.
If the incarnate Son was less than fully divine, he was not the final revelation of God. Only one who was fully God and fully man could reconcile man to God through his sacrifice of infinite worth.
But the Son did not add a human person to his divine person. The person of the Son entered into union with a human nature, conceived by the Holy Spirit in the virgin's womb.
There is no merger of the divine and human natures of the Son so that 1 (divine) x 1 (human) = 1 Christological hybrid. The divine and human natures of the Son remain distinct, unconfused and unmixed.
There is no division between the person of the Son and his human nature. His humanity has no independent existence or identity. We do not confess that the human nature of Jesus died for our sins, but that the Son died for us in his humanity.
The incarnation will never be reversed by the Son subtracting his human nature from his divine person. Our great high priest who has passed through the heavens is the Son of God, who, in his humanity is able to sympathise with us in our weaknesses.
Confessional postscript
The Definition of Chalcedon (451 A.D) sets out the mathematics of the incarnation with great precision and care.  It should be required reading for all preachers. Not that it says all that there is to say about the wonder of Word made flesh. But as with all good creeds and confessions the Definition erects a fence around the mystery to save us from erroneous thinking and speaking about the incarnation of Jesus.
Posted by Guy Davies at 8:00 am