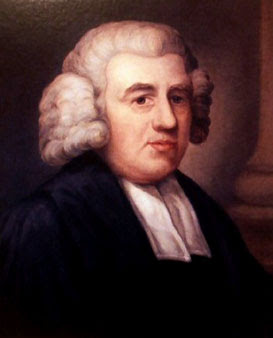 Today I'd like to talk about a priceless gift that costs us nothing, but demands everything. We are often told that nothing is for nothing and that there is no such thing as a free lunch. I recently found this out to my cost. Radiohead released their latest album, In Rainbows in a rather unusual way. They allowed people to pay what they like to download the tracks. You could even get the songs for free! “Great” I thought. The trouble is that I liked the album so much that now I’ve began to invest in their back catalogue, which has cost me a few pounds. Ah well!
So, what is this priceless gift that costs us nothing, but demands everything? It is God’s free grace. Some people think that being a Christian is a matter of keeping the rules to earn a place in heaven. But nothing could be further from the truth. We cannot win God’s favour by our works because he demands perfection and that is quite beyond us. At the heart of the Christian gospel is grace – God’s lavish, underserved favour.
You may have seen the William Wilberforce biopic, Amazing Grace starring Iowan Gruffudd. The film features John Newton’s hymn of than name. Newton was a rough and ready slave trader who lived in sin and degradation for many years. But his life was transformed. He became a preacher and a leading opponent of the evils of slavery. What was it that changed his life? His famous hymn explains all,
Amazing grace! How sweet the sound,
That saved a wretch like me!
I once was lost, but now am found;
Was blind but now I see.
What wonderful free grace! But grace is also priceless because it cost God dearly to be gracious to us. In the cross of Jesus Christ, God took upon himself the weight of human sin and suffering that we may experience forgiveness and hope. There is a song called Grace tucked almost at the end of U2’s All that you can’t leave behind. The track expresses the thought beautifully,
Grace, she takes the blame
She covers the shame
Removes the stain
It could be her name
This priceless gift costs us nothing but demands everything,
Love so amazing, so divine
demands my soul, my life my all.
An edited version of Morning Thought from BBC Radio Wiltshire's Breakfast Programme. Note: I've also posted Monday's talk, which has been backdated to that day.
Posted by Guy Davies at 10:46 pm