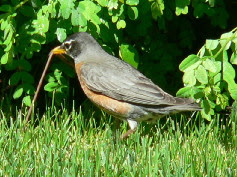 It takes a very special being to be up at this time of the day [6.50am], listening to Morning Thought. They say that the early bird catches the worm. But do birds pause each morning for a bit ofdeep and meaningful thinking? They may be able fly through the air. But do their minds soar to consider what life’s all about? Hardly, give them a nice, juicy worm and they are happy.

Some animals are much faster and stronger than us. Cheetahs can run up to 70 mph. An elephant can lift half a tonne. But we human beings have something that makes us unique - we think. Only people can reason things out and express their thoughts in words. That is why you are such a special being as you listen to Morning Thought – you are a human being! Like animals, we need to eat and drink to survive. But surely, there’s more to life than that. From ancient times, the human mind has probed the great mysteries of the universe. As the eminent scientist Paul Davies wrote,

"We human beings have been made privy to the deepest workings of the universe. Other animals observe the same natural phenomena as we do, but alone among the creatures on this planet, Homo sapiens can also explain them".
(The Goldilocks Enigma, Penguin Books, 2007, p. 5).

But there is a limit to what we can explain by reason alone. Why are we here? Why do we have the ability to even think about such a question? The Christian answer is that God made human beings to have a relationship with himself. That is why he has given us the unique capacity to think and speak as we do. It has been said that man’s chief end is to glorify God and enjoy him forever. As a Christian, knowing God gives my life meaning and purpose.

It is possible for flawed human beings like us to have a meaningful relationship with our Maker? Yes it is. God loves us. He has acted to remove the barrier that stops us having fellowship with him. Jesus Christ came to bring us back to God by dying for our sin and rising again from the dead. God offers us forgiveness and a new start in life. But he doesn’t bully us unto accepting this offer. He says, “Let’s talk about it”,
Come now, and let us reason together,”
Says the LORD, 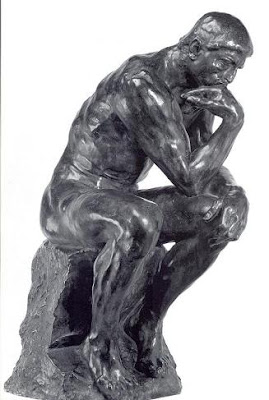