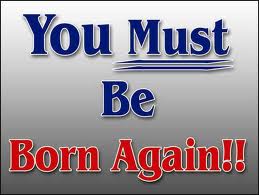 
"It is in its most limited sense a change that occurs in the sub-conscious life. It is a secret and inscrutable work of God that is never directly perceived by man... Regeneration is that act of God by which the principle of new life is implanted in man, and the governing principle of the soul is made holy." [Emphasis original - Systematic Theology, p. 469].


This definition captures some important aspects of the doctrine, especially that regeneration is a monergistic act of God of which man is the passive subject. But even in Berkhof's extended discussion of regeneration he fails to incorporate certain vital features of the Bible's witness. Here is an attempt to sketch an outline of the biblical doctrine of regeneration.


I. The need for regeneration

We need to be born again because in our first birth we were born dead in sin (Ephesians 2:1). In that state the mind of the sinner is incapable receiving and submitting to God's truth (Romans 8:7). The heart is wicked and incapable of loving God, (Jeremiah 17:9). The will is enslaved by sin and incapable of obeying God (John 8:34). We can do nothing to raise ourselves out of this spiritual death. We cannot even respond to the message of salvation.


II. Regeneration in the Old Testament


Using a variety of language, Old Testament Scriptures speak of God giving life to those who were dead in sin. Deuteronomy 30:6, Ezekiel 36:25-27. When true faith and godliness was found among Israel as the Old Testament people of God we see the fruit of the Lord's regenerating work. The Old Testament looks forward to the advent new covenant, Jeremiah 31:33 in which the Lord will write his law on the hearts of all his people.


III. Regeneration is a gracious act of the Triune God


In systematic theology regeneration is often attributed almost exclusively to the work of the Holy Spirit. But the New Testament stresses the trinitarian character of the new birth. This follows from the principle that the external acts of the Trinity are undivided. When any one person of the Trinity acts the other two are also involved. Accordingly, while we are born of the Spirit, John 3:5, regeneration is also the activity of the Father, Ephesians 2:4-5, who works by the resurrection power of the Son, 1 Peter 1:3. So, we might say that regeneration is the act of God's sovereign grace by which the Father brings the sinner to new life in Christ by the power of the Holy Spirit.


IV. Regeneration in relation to other aspects of salvation


Reformed theology tends to discuss the application of redemption in terms of the ordo salutis, or the order of salvation. In such terms, regeneration is usually described as the first link in the "golden chain" of salvation, followed by conversion, which involves repentance and faith. It needs to be said here that the ordo is not so much a chronological order as a logical one. Logically a person needs to be made alive to enable them to repent and believe the gospel. Romans 8:30 is perhaps the closest we come to a biblically sanctioned order of salvation. But the ordo salutis is not the organising principle in the New Testament's presentation of the application of redemption. That distinction belongs to union with Christ. It is only in union with Jesus in his death and resurrection that the sinner is made alive, Romans 6:4, Ephesians 2:4-7, 1 Peter 1:3. By the power of the Spirit the Father brings the sinner into union with Christ, the source of new life and salvation. While Berkhof cites texts that speak of regeneration in relation to union with Christ, he makes little of the point, concentrating rather on the relative positions of regeneration and effectual calling in the ordo salutis. While consideration of the ordo is not without value, it should not be allowed to displace the New Testament's emphasis on union with Christ. In him we are born again, justified and glorified.


V. Regeneration and the Word of God


It is often assumed that Reformed theology teaches immediate regeneration, that the new birth is the result of the Spirit working directly upon the soul of the sinner at the subconscious level. It is taught that while this usually happens in a context where the word of God is proclaimed, the word is not to be regarded as an instrument of regeneration. The New Testament does sometimes attribute being born again to the work of the Spirit without mention of the word, John 3:5-8. But other Scriptures add the qualification that we are born again through the word of God, James 1:18, 1 Peter 1:23. The teaching of such texts must be taken into account as we seek to formulate a doctrine of regeneration that does justice to the witness of the whole of Scripture. The Third and Fourth Main Points of Doctrine of the Cannons of Dort are instructive here,


Article 17: God's Use of Means in Regeneration
Just as the almighty work of God by which he brings forth and sustains our natural life does not rule out but requires the use of means, by which God, according to his infinite wisdom and goodness, has wished to exercise his power, so also the aforementioned supernatural work of God by which he regenerates us in no way rules out or cancels the use of the gospel, which God in his great wisdom has appointed to be the seed of regeneration and the food of the soul.


VI. Regeneration and the future


While in a sense the new birth is something that happened in the believer's past, more fundamentally regeneration is an anticipation of the future renewal of all things. The word "regeneration" is only used twice in the New Testament. Once the word is found on on the lips of Jesus, where the reference is clearly eschatological, Matthew 19:28. And once we find it in the writings of Paul, Titus 3:5, where again the context has a future orientation, (Titus 3:4-7). Regeneration is an act of new creation, 2 Corinthians 5:17. It is the resurrection of the inner life ahead of the future resurrection of the body, Romans 8:10-11.


VII. The signs of regeneration


Limiting ourselves to 1 John and the "tests of life" we find in that Epistle, there are a number of evidences that a person has been born again. a) Faith in Jesus Christ, 1 John 5:1. b) Obedience to God's commands, 1 John 2:3-5. c) Love for God and his people, 1 John 3:14, 5:1-2. d) The witness of the Spirit, 1 John 3:24. Where there is no evidence of the above in a person's life it is doubtful that they are truly regenerate.
Systematics needs to work harder at incorporating the different features of the Bible's doctrine of regeneration.
Posted by Guy Davies at 3:20 pm

Thanks for that very helpful outline.

I commented on the 'regeneration debate' from a different angle a couple of weeks ago in my blog 'Harp from the Willows' under the title 'God's use of "things" and how people are born again'.

I didn't know that you had entered blog-land Mostyn. I'll add a link.

Excellent post, Guy. It's encouraging to see Reformed people re-appraising precisely this aspect of their dogmatic tradition. The view expressed by Berkhof - a good example of 'logic' riding roughshod over the Biblical data - has led Lutherans to regard the Reformed as Enthusiasts who separate Word and Spirit. Now, if we could only make similar progress on baptism ;0)

Thanks aromaticus. The teaching exemplified by Berkhof is often taken to be "the Reformed view", but that isn't the case. There is some diversity on this point in the Reformed tradition. In the Institutes Calvin spoke of "Regeneration by faith", whereas most Reformed people today (including me) would say that logically speaking regeneration precedes faith - you have to be spiritually alive in order to believe. As I said in the post the Canons of Dort state that the word is an instrument of regeneration. I don't believe that the word contains the regenerating power of the Spirit. But in his sovereign grace the Spirit ordinarily uses the word to give the dead in sin new life in Christ.

I that's a really important distinction there Guy. The Word is the ordinary (exclusive?) means by which the Lord regenerates sovereignly, but it is not that the words of the Scripture actually contain the power of regeneration, or that the Holy Spirit is somehow constrained to regenerate when the words of Scripture are spoken (whether over an infant or otherwise!). Such teaching would bring a whole new meaning to Paul's exhortation to Timothy to "devote [himself] to the public reading of the Scriptures" (1 Tim. 4:13)!

You say "the Word does not contain the regenerating power of the Spirit", which is to say that you're not a Lutheran, Guy! But nonetheless I appreciate your confession that the Spirit ordinarily uses the Word to regenerate. I seem to recall that Anthony Hoekema has an excellent discussion of this in his book 'Saved by Grace'...perhaps you know it?

I'm an evangelical Lutheran seeking to understand and engage with moderate Calvinism (which, after all, is much better than hyper-Calvinism). I've read your blog for a couple of years now and enjoy it, even though we're poles apart on the evangelical spectrum.

Oh, yes, it's 'acroamaticus', by the way, meaning 'one devoted to higher things', not 'aromaticus', which presumably means one who smells. No offence taken, though
:0).

Apologies "acroamaticus". I didn't mean to imply that you are a stinky Lutheran.