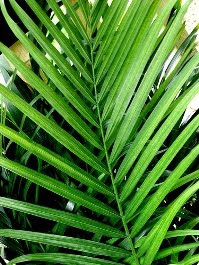 We are approaching "Palm Sunday", the occcasion when Christians remember Jesus' "triumphal entry" into Jerusalem. It all seemed to be going so well. Crowds hailed Jesus as the King of Israel. He appeared to be riding the crest of a wave of public acclimation and popularity. But by the Friday of that week the people turned against him and demanded that he be crucified. You might think that Christians would rather like to keep quiet about what happened on that first Good Friday. It appears sad and embarrassing that the founder of the Christian faith went from conquering hero to absolute zero in the space of six days. What went wrong? The answer is that nothing went wrong. The reason why Christians look forward to Easter with eager anticipation is that we believe that Jesus' death on the cross was not a tragic accident of history. We believe that he died for our sins so that those who trust in him might be forgiven and put right with God.

Also, death was not the end for Jesus. On Easter Sunday morning God raised him from the dead. Easter is worth celebrating because Jesus is alive! His death and resurrection brought new hope to the world. There isn’t a lot of hope around at the moment. News stories focus on our increasingly broken society, the current economic climate and gloomy predictions of environmental catastrophe. But the forces of selfishness, disorder and destruction will not be allowed to have the last word. In Jesus God’s last word is “love”. And where there is love there is hope. Easter means that all who follow Jesus have a lot to look forward to. How about you?
* Originally published in White Horse News and News & Views.
Posted by Guy Davies at 8:39 am