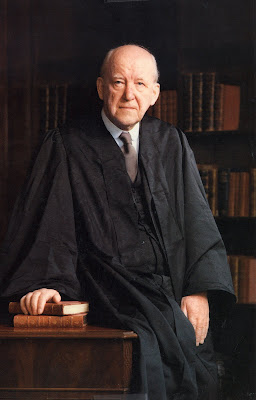 It is not often that one single address has the power to shape the direction of Evangelicalism for a generation. Such a distinction must go to D. Martyn Lloyd-Jones' 1966 message, Evangelical Unity: An Appeal. Much ink has been spilt in discussing exactly what Lloyd-Jones hoped to achieve in that address. What is certain is that his appeal for unity left the Evangelical movement more divided and fragmented than ever before. The issues he raised exacerbated divisions over how Evangelicals should relate to theologically mixed denominations. Lloyd-Jones argued that Evangelicals should separate from the denominations and come together in church-based affiliation. On the other hand John Stott, who chaired the Evangelical Alliance meeting at which Lloyd-Jones spoke feared his address would trigger a mass exodus of impressionable Evangelical Anglican clergy. Stott used his position to publicly dissociate himself from what the preacher had said. He favoured an integrationist stance where were Evangelicals were encouraged to be more actively involved in the Church of England. This policy was formally adopted by Evangelical Anglicans at the watershed Keele Conference in 1967.
Meanwhile in 1970 J. I. Packer co-authored Growing into Union together with Anglo-Catholic theologians, minimising doctrinal differences in order to make common cause against theological Liberalism. His actions led to the disbandment of the Puritan Conference in which Packer had played a prominent role along with Lloyd-Jones. A fissure had opened up between Lloyd-Jones and those who followed his his separatist line and integrationist Evangelical Anglicans like Stott and Packer.
It isn't always easy to separate issues from personalities when it comes from deciding who was right and wrong in church history. This is especially the case when it comes to considering very recent history. But our aim in discussing 1966 and its relevance for the contemporary scene should not be the vindication of Lloyd-Jones or the vilification of Stott/Packer, or visa versa. It is the issues not the personalities that matter.
In this case the nub of the matter is whether Evangelicals ought to withdraw from theologically mixed denominations and come together on a church-based level? Should loyalty to one's denomination be placed before ecclesal fellowship with other Evangelicals, especially when the possibility of reforming the denomination is remote? Should we opt for separation or integration? If, as I've argued elsewhere, Lloyd-Jones was basically right to urge Evangelicals to separate and come together, then we need to ask how we might apply this principle to today's situation? Here are some proposals:
1) Separation from the theologically mixed denominations is still a live issue that needs to be faced. Evangelicals cannot be content simply with being a tolerated "wing" of a denomination where serious heresy is allowed to remain unchecked. Such a stance relativises the gospel.
2) Evangelicals should endeavor to unite in church-based fellowship. Co-operation at the para-church level while remaining in mixed denominations won't do.
3) How Evangelical churches come together as an expression of unity in the gospel isn't easy to figure out given that Evangelicals differ over ecclesiology, baptism etc. We need a little dose of realpolitik, or realecclesiastik here. All Reformed Evangelicals are not suddenly going to become convinced Presbyterians, Congregationalists, Grace Baptists or Calvinistic Episcopalians. But this does not mean we should be indifferent to the biblical doctrine of the church. Evangelicals need to give fresh and urgent attention to this matter. For my money a form of interdependent independency would amount to a pretty good expression of the New Testament's teaching. But given the current lack of consensus amongst Reformed Evangelicals on church government and baptism, perhaps an affiliation of individual Evangelical churches and church groupings is the best we could hope right now. How can Affinity be made to fulfil this role more effectively?
4) Separated Evangelical Churches will want to support Evangelicals in the mixed denominations who are fighting for reform rather rather than seeking integration. (Gospel Partnerships anyone?)
5) Should the grouping of Evangelical churches (under the umbrella of Affinity or whatever) be distinctly Reformed or merely Evangelical? I think we should work towards a fellowship of confessional Reformed Churches that is generous enough to allow for differences on ecclesiology, baptism etc. This does not amount to "doctrinal indifferentism" as the affiliation would be clearly Reformed in its agreed confession.
Posted by Guy Davies at 9:30 am

Guy, I appreciated this post greatly. May I as a member of a large, compromised, old denomination respond to your points to show how someone outside nonconformist independency sees things? Specific responses to your numbered points:

(1) I agree and we in these denominations should not be simply satisfied with being a "wing"; after all wings are the least nourishing part of a chicken. But we can with some validity say that we are not the ones out of line. I subscribed to the Westminster Confession with sincerity and my liberal colleagues are the hypocrites; why should I leave?

(2) Agreed absolutely; parachurch bodies have often done a lot of harm and tend to act as a "church" whilst denying that they are one.

(3) "For my money a form of interdependent independency.." sounds good. The problem is that such bodies either become theologically as broad as denominations (what does EA stand for?) or so narrow that they become as exclusive as the smallest churches. Is it in the evangelical heart to show the necessary catholicity of spirit?

(4) Amen! Amen! I will believe it when my former independent friends stop describing my responding to a call into a denomination as "backsliding".

(5) Again Amen! How good it would be to have some sort of confessionally-based mutual support. But here's the rub - our local ----ist Church which has never been notable for its zeal for doctrine has a pastor who widely announces that nobody in my denomination locally "preaches the gospel" apart from one - a fuzzy charismatic. Who is my brother: the one who has a clear (in his own mind) view of the gospel and who rejects out of hand my ministry; or my denominational colleague who differs but with whom I can have a civilised conversation and explain why I differ over certain things?

Again - thank you for a thought-provoking and very helpful article. I could say more but it is your blog not mine!

Thanks for your helpful comments, Neil.

I would want to distinguish between two kinds of Evangelicals who have remained in the mixed denominations. There are those who take an integrationist position such as the one adopted by Anglicans at the 1967 Keele Conference. I believe that they are in the wrong. As I said in the post their stance relativises the gospel.

Then there are other Evangelical friends who regard themselves as the true Anglicans/Church of Scotland Presbyterians. They believe that the Liberals/Anglo Catholics should leave the denomination, not the Evangelicals. After all it is they who hold fast to the denomination's founding confession of faith.

I may believe that Evangelicals in this second category are misguided to think that they can reform their denominations from within, but that is a matter of judgement rather than principle. However, there must come a point where a denomination's abandonment of biblical doctrine and ethics becomes so endemic that Evangelicals will have to face the issue of separation. Has the CofE and CofS already reached that point?

I agree that EA is far too broad, which is why I favour Affinity, but with a beefed up Reformed confessional basis that is generous enough to accommodate differences on ecclesiology and baptism etc.

Sorry to hear of your local experiences with ---tists. It's a great shame that separated Evangelicals are not more supportive of their brethren who are battling it out in the mixed denominations.

Surely this is because for many seperation is a moral imperative and they view their brethren within as being disobedient to God's commands?

I agree that separation from the mixed denominations is an imperative when there is no realistic hope of reform. But I am not a second degree separatist. We can still have fellowship with Evangelicals who have not yet come out of the denominations.