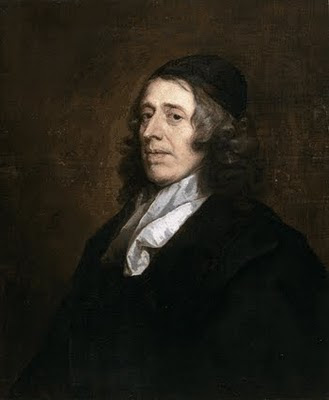 John Owen’s anti-Roman writings may be found in Volume 14 of his Works. The majority of that volume is taken up with Admanidversions on Fiat Lux and its sequel, Vindication of the Admanidversions on Fiat Lux. Also there is a shorter piece, The Church of Rome no Safe Guide. In the Admanidversions Owen engages in controversy with John Vincent Cane, a Franciscan Friar. In 1661 Cane published his Fiat Lux. It was an attempt to take advantage of the recent upheavals in Protestant Britain in order to try and win the country back to Rome. His argument ran something like this: “Just look at what has happened to your once peaceful land since leaving the Roman Catholic fold. Protestant Christians have divided into mutually hostile camps. The nation has been torn apart by religious unrest, civil war, revolution and regicide. Come back to Rome and all will be well. You know it makes sense.”

The restoration of the monarchy, with Charles II returning to England in 1660 did not succeed in healing old wounds. In the aftermath of the Civil War there were bitter recriminations for the Puritans whose political ambitions died with Oliver Cromwell. The newly installed pro-king, pro-Church of England authorities set about mercilessly persecuting their Puritan fellow Protestants. Cane chose his time well. The opportunity seemed right for his Roman propaganda.

In a sense, Cane’s Fiat Lux was the British equivalent to Cardinal Sadoleto’s Letter to Geneva. Sadoleto sought to exploit the troubles and tensions in Geneva that led to banishment of Calvin to woo the city back to Rome. Famously the exiled Calvin answered the Cardinal on behalf of Protestant Geneva (see here). But who was to answer John Vincent Cane? That is where John Owen comes in. Somewhat ironically the Restoration authorities appealed to a man from the vanquished Puritan Party to help combat the Franciscan Friar’s propaganda. Owen was leader of the Independents, chaplain to Oliver Cromwell and former Vice-Chancellor of Oxford University during the Commonwealth period. The virulently anti-Puritan Lord Chancellor Lord Clarendon sent Owen a copy of Cane’s Fiat Lux, requesting that he answer it on behalf of Protestant Britain.

Owen manfully rose to the challenge. Having said that, the veteran Puritan minister was no unthinking anti-Roman bigot. In his interaction with Cane, Owen does not adopt the stance of an angry "hot Prot" polemicist, gleefully exposing Romish errors almost for the fun of it. His tone is calm and reasoned as he scrutinises Roman doctrine in the light of Scripture. On occasion the great divine even permits himself a little ironic humour. Remarking on this William Goold, editor of Owen’s Works writes in a Prefatory Note to the Vindication, “he reminds us in his humour of the cumbrous gambols of the whale.” (p. 175).

If you will forgive the mixed metaphors, in his dealings with Cane, Owen resembles an indulgent cat toying with an overconfident mouse. But this “cat” has sharp teeth and pointed claws. When roused the old Puritan could be devastatingly incisive in dealing with his opponent’s weak arguments. For example, he mocks the claim that the Rome has always been doctrinally consistent, never once falling into error, summarising Cane as saying, "The Roman church did never at any time adhere to any opinion, but what the Roman church at the time adhered to". Well that's alright then!
Owen’s Admanidversions and the Vindication do not take the form of an orderly and systematic critique of Roman Catholic teaching. Rather, Owen let his opponent set the agenda and responded to Cane’s points as they occurred in the Fait Lux. But his works are no less valuable for all that. Contemporary Evangelical can sometimes be a little naive when it comes to dialogue with Roman Catholics. Witness the ground conceded in the Evangelicals and Catholics Together joint-declarations, (see here for the latest statement on Mary). We could benefit from Owen's acute theological analysis of the differences between Evangelical Protestantism and the Roman Catholic Church.
Posted by Guy Davies at 9:45 am

Hope you’ll take some time, please, to visit our Calvin-admiring site, read some articles, listen to some radio shows, give me some feedback. Also hope you’ll consider listening to the radio show live and call in.

We are Christians FIRST -- not Republican Party cheerleaders.

God bless you, your family, your work.

The American View LIVE!
“The American View” call-in radio show can be heard daily, live, at 11 a.m. to Noon (EST) by going to NationalProlifeRadio.net and clicking on “ON AIR NOW LISTEN LIVE.”
Our call-in phone number is 1-866-986-6397. Do give us a call, please. And do pray for the success of our program that it might glorify God. Because, as He says in Psalm 127:1: “Except the LORD build the house, they labour in vain that build it: except the LORD keep the city, the watchman waketh but in vain.” Amen!

PS -- Tell me, please, your specific areas of interest and I'll match you up with some of our articles, radio shows. My desire is to help equip Christians to defend the faith since the war against Christ in America is more explicit and intense than it ever has been....

May I thank you for daring to surface what many non-protesting Protestants seem to consider the Romish untouchables. Spurgeon was right in averring that there can be no peace with Rome. They bend to whatever current is then blowing. In this they are quite consistent. May many more cry out against the prejudicial Romish doctrines and again unite for the cause of Christ alone through faith alone.

Rome has been correct [let's say] in approx 70% of the doctrine which they teach. The RUB, you see, is the remaining 30%. It's that 30% which includes erroneous ideas in Harmatology, as well as Soteriology. It's that 30% which is so devastatingly fallacious. It is mistaken and but it's also SUBTLE. Like the proverbial frog, Rome's doctrines, as it were, cook those who believe them before they realise their mistake. Boiled in the end.

Actually, Rome [let's say] is correct in about 70% of what they teach. The RUB is the remaining 30%. That remaining 30% of doctrinal statements subsume teachings in Harmatology and Soteriology. This 30% is devastatingly erroneous, and also SUBTLE. Unless the prospective adherents are careful, the heat [as it were ] from the doctrines will "boil them" like the proverbial frog in a saucepan.