Blogging in the name of the Lord: Michael Bird

This is the first in a new series of interviews with Christian bloggers. In the hot seat today is... 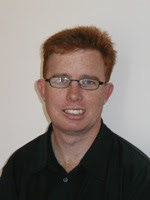 Who will be next to grace the hot seat? Your guess is (almost) as good as mine.
Posted by Guy Davies at 8:00 am

This is a good interview.

Now I'm not a professional theologian, and I appreciate Michael Birds agreement with inerrancy over errancy but I'm not sure I'm understanding him when he writes this,

"But the problem with inerrancy is that it tries to repel the modernist attack on supernatural religion by using the weapons of philosophical rationalism. If you pursue the inerrancy of the autographa to its logical conclusion, I think you will either end up going down the route of Bart Ehrman (errant manuscripts = errant originals) or Textus Receptus route (there has always been one line of truly inspired texts)."

What is the inerrancy we are talking about here? Surely the conservative, reformed doctrine of inerrancy claims and only claims that the words written on the medium by the original writer were indeed the Word of God and were therefore by definition inerrant because surely (please!) evangelicals in general are not jettisoning the idea that God is holy and pure and perfect? All scripture is theopneustos is it not? So if it is God breathed it is inerrant?

Given this definition of inerrancy, how (genuine question) does it have any logical conclusions other than that we have a God who is worth trusting and a Bible that can/has with study and research be brought ever closer to the original? Surely to argue from a basis of the Scriptures being God-breathed is not an argument from philosophical rationalism but rather a grammatical, historical and theological argument?

I checked out the website you linked to re: the survey and read it with utter and complete dismay. Inerrancy is idolatry? Inerrancy is heresy? If this is where professional theologians are going we're in real trouble.

I agree with your approach to inerrancy & share your concerns about that poll. I would be interested to see what Michael might say in response to your comments.

JP,
1. I am not among a cohort of post-conservative scholars who regard inerrancy as passe and hack on it to show that I am progressive in my thinking.
2. The inference you make, inspired therefore inerrant (ala Carl Henry), is a reasonable one, but not a necessary one.
3. What is the point of having inerrant autographs if you have errant manuscripts? What about THIS Bible I have in my hand NOW? What language do we use to describe it?
4. James Orr, a contributor to the "Fundamentals" called Warfield's approach "suicidal" in that he placed all his bets on his ability to disprove that the Bible contained any errors. Whereas another approach is to see the veracity of the Scripture as anchored in the faithfulness of God to his Word and not inerrancy.
5. While supportive and sympathetic to inerrancy in principle, I think it over reaches and makes itself vulnerable at several points.

I really enjoy Michael's blog and came across this interview with him from his reference there. Thanks for it! It is always good to get the human side of someone. I still like Joseph among the Lloyd-Weber canon.

In the interview, I especially liked this reply:

'That is hard. The challenges facing evangelicals in Hong Kong are different from those in Atlanta or Birmingham.'

Thanks for responding, if you have time could you answer a few more queries.

With regard to your points.

1. I appreciate that, that was clear from the interview.

2. You say the inference I make, inspired therefore inerrant, is a reasonable one, but not a necessary one. Given the high reverence of Christ for the Scriptures (above that of the Pharisees), given the descriptions of the “process” of inspiration as being a bearing along of the writers, given that Paul commends the early Christians for receiving even his preaching not merely as the word of man but “as it really is” the word of God, and given Daniel Wallace’s labours on 2 Timothy 3:16,17 and the predicative nature of the text, how is inspiration = inerrancy not a necessary inference if God is perfect in all His ways and Truth itself? Can you explain?

I would have thought that the nature of God himself necessitates inerrancy in the original writings because he bore the writers along, because the resultant writings (all Scripture) are God breathed and because, if Paul’s preaching was the word of God and to be received as such, surely his writings are at least so.

Again I’m not being rhetorical, I genuinely want to understand this. What makes this inference reasonable but not necessary? I think my inference is indeed reasonable, but more than that it is necessary because only that inference is faithful to the Scriptural data on the nature of Scripture and especially to the nature of God. Bruce Metzger takes a similar view because he cannot it seems see inerrancy as a biblical doctrine. I simply cannot see how we can view the original autographs as anything other than inerrant given God’s nature.

3. I’m really not too concerned as to the point of even having inerrant autographs other than to observe that to my mind it is critical to say that God’s nature demands inerrancy of the autographs, what the point of it all was I’m not sure I can answer. Is my understanding of God’s motives and purposes really a factor in whether I accept a doctrine or not, or whether it is a necessary doctrine or not? Surely the interpretive principles of Romans 9 come into play here, our ability to understand the ways of God are limited sometimes and I would place the doctrine of the purpose of inerrancy in that field of doctrine that must be received without reference to our understanding of purpose at all….Who am I?

As to the current bibles in our hand I would describe them as substantially inerrant, I don’t know if that is a theological term or not, but what I mean by it is that since the bible as written by the original writers is inerrant, then the bibles in our hands are inerrant to the extent that they are faithful transmissions of those original autographs. Textual Criticism and historical analysis have shown that the agreement between the extant mss. is so widespread that while I doubt we can ever claim inerrancy that what we have in a faithful formally equivalent translation is a substantially inerrant text, that is it is substantially that word breathed out by God to the writers and that word written by them as they were borne along by the Spirit.

That’s long enough for now! I’ll maybe return to the other two later.

Please be sure that I am not trying to be flippant in anything I have written. I think this is an important subject and I desire to be more clear on it. That said it is a secondary issue in that it is faith in Christ that saves.

substantially inerrant - I have never read that before but I rather like it.

A very clever friend once compared it to a bag of sugar. A bag of sugar weighs a kilogram. Reliably. Dependably. Always.

The people who run the factories are very careful to make sure that a bag of sugar always weighs a kilogram. If I need to weigh something against a kilogram, I'd always choose a bag of sugar.

Somewhere (who knows where?) there is THE kilogram. The absolute inerrant standard. I am sure that it is a totally dependable kilogram.

But my bag of sugar is to all intents and purposes a kilogram. And in fact to me it is just as good. More so, because I have it !