Blogging in the name of the Lord: John Kilpatrick

This is the part of a series of interviews with Christian bloggers. In the hot seat today is... 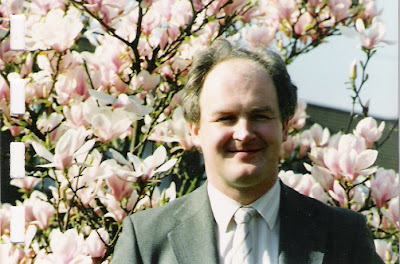 This series of interviews will end tomorrow with a very special guest....
Posted by Guy Davies at 8:55 am

Email ThisBlogThis!Share to TwitterShare to FacebookShare to Pinterest
Labels: blogging, Blogging in the name of the Lord series 1, interviews

Thanks for that John and Guy. I specialise in bells and whistles. I'm glad to kow it's got John back to it. I'd not realised. PS Guy, how about aseris now on non-bloggers, starting 'Why don't you blog ...?' We know a candidate, eh?

The trouble with that suggestion is that these interviews are inteded to be interesting and enjoyable. Can you think of a non-blogger who can do that?

Thanks for these posts. I am new to blogging, and I find the part about not being able to put in the bells and whistles encouraging.